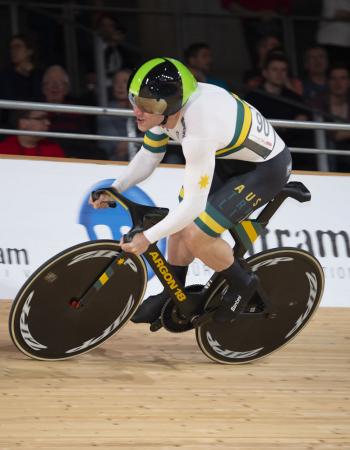 Nathan Hart followed his father Braham, a former Australian representative himself, into the sport of track cycling.

Beginning on the outdoor tracks in Canberra, Hart made the move to Adelaide to join the Australian Cycling Team in 2013.

He made is Australian Olympic Team debut at the Rio 2016 Olympic Games where he finished fourth in the Team Sprint with Glaetzer and Constable.

At the 2018/19 UCI Track World Cup in Cambridge, NZ, Hart claimed his maiden World Cup gold in the sprint.

Hart competed at his second Olympic Games in 2021 at the postponed Tokyo Olympics, finishing fourth in the team sprint with Glaetzer and Richardson.