In his first UCI Road World Championships at elite level, Lucas Plapp has set a solid benchmark for the future by finishing 12th in today’s individual time trial in Wollongong.

After starting fourth out of 48 riders, the 21-year-old Victorian enjoyed an extended stint in the hot seat when he set the provisional fastest time.

His early marker of 41 minutes and 26 seconds translated to an average speed of 49.5kph over the 34.2-kilometre course, which featured two laps of a technical urban circuit around Wollongong. 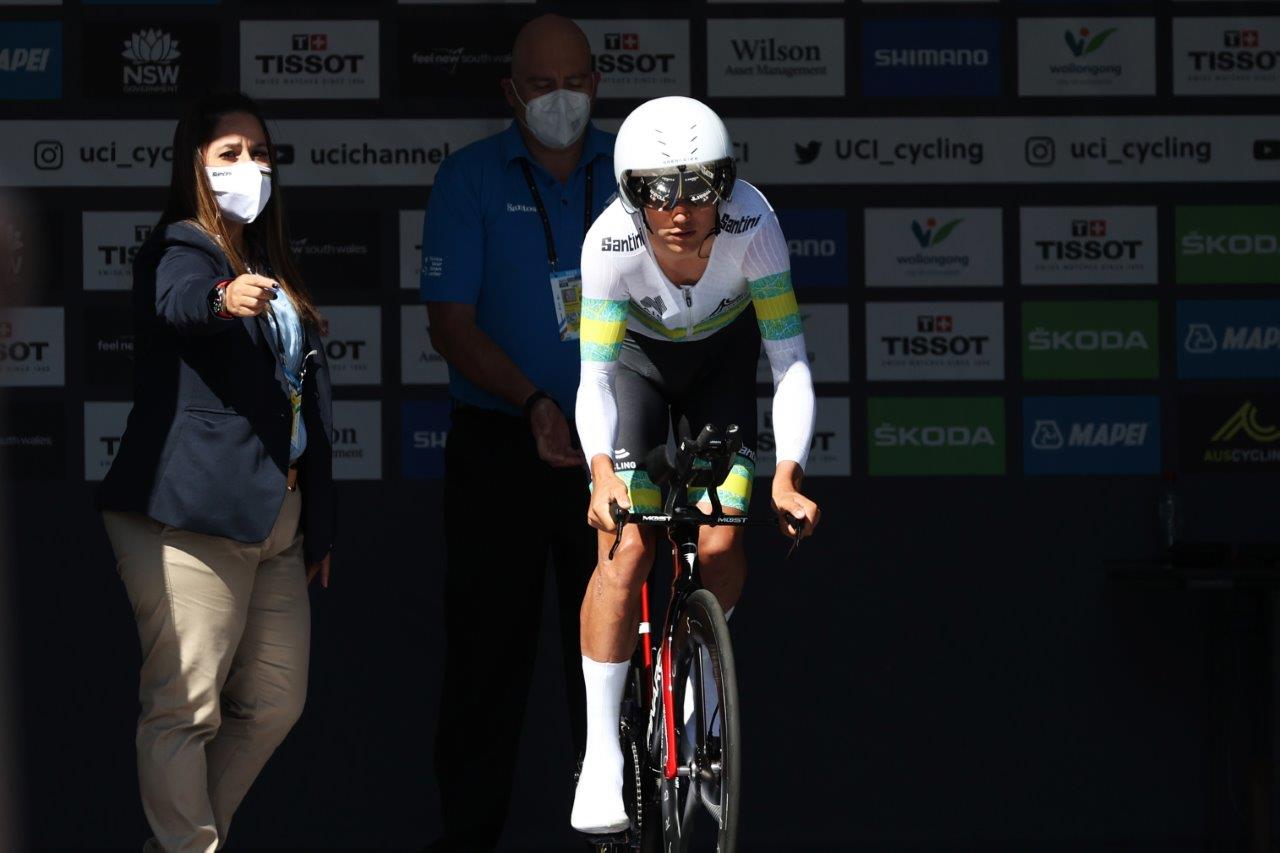 The strongest riders, however, were yet to come, and when France’s Bruno Armirail, Belgium’s Yves Lampaert and Switzerland’s Stefan Bissegger came through the finish arch in quick succession, Plapp was swiftly bumped out of the top three.

When the final riders crossed the line and all was said and done, Plapp finished just outside the top 10, 1 minute and 24 seconds behind surprise winner Tobias Foss from Norway.

Nonetheless, the young rider from Brunswick Cycling Club counted today’s race as another step forward in his nascent career. 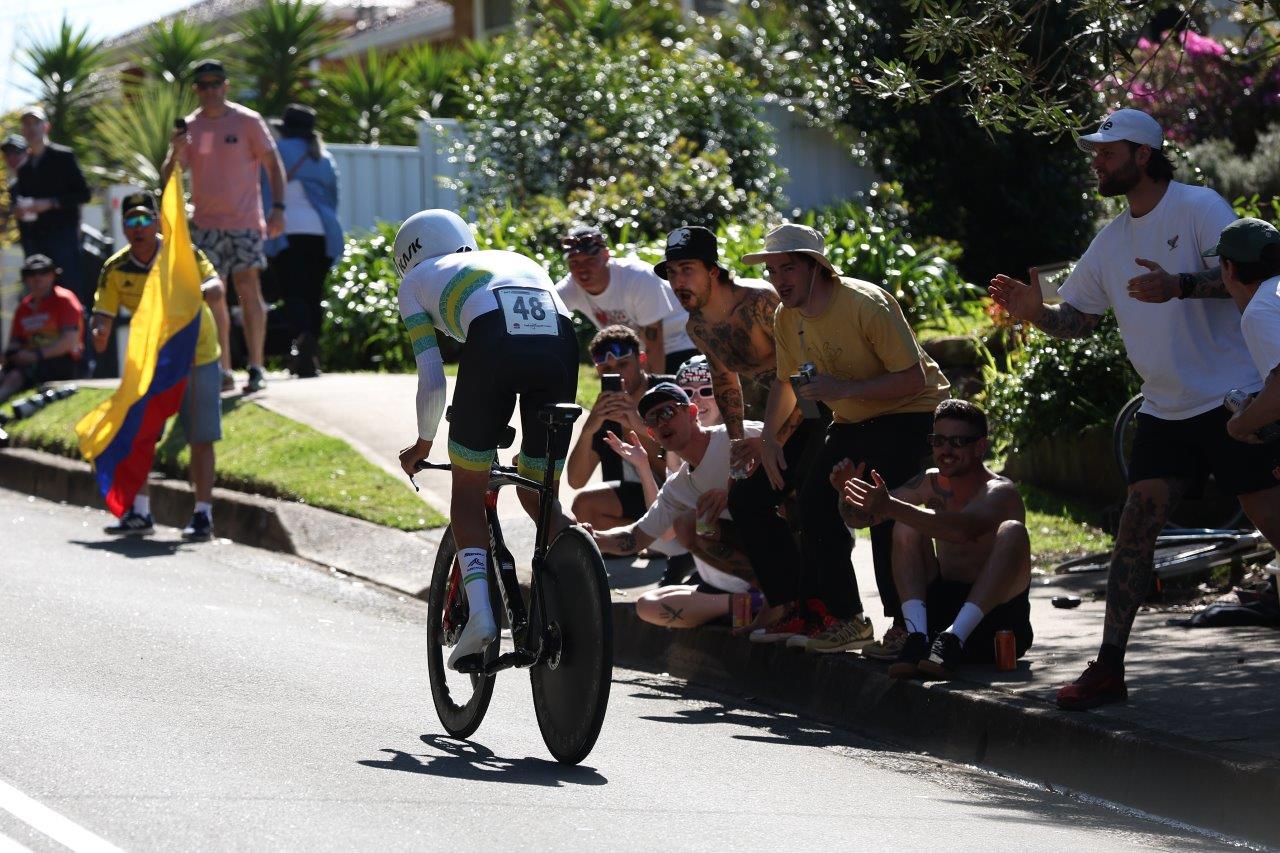 The Australian road race champion won silver in last year’s under-23 time trial, but this was his first attempt at the elite race, coming just one week after completing his first Grand Tour.

“I think it was the best I could’ve asked for. I knew it wasn’t going to be a great ride coming off the Vuelta,” Plapp said.

“I was satisfied, to be honest, with where my body was at and how I felt this morning. I think that was slightly better than I did expect.” 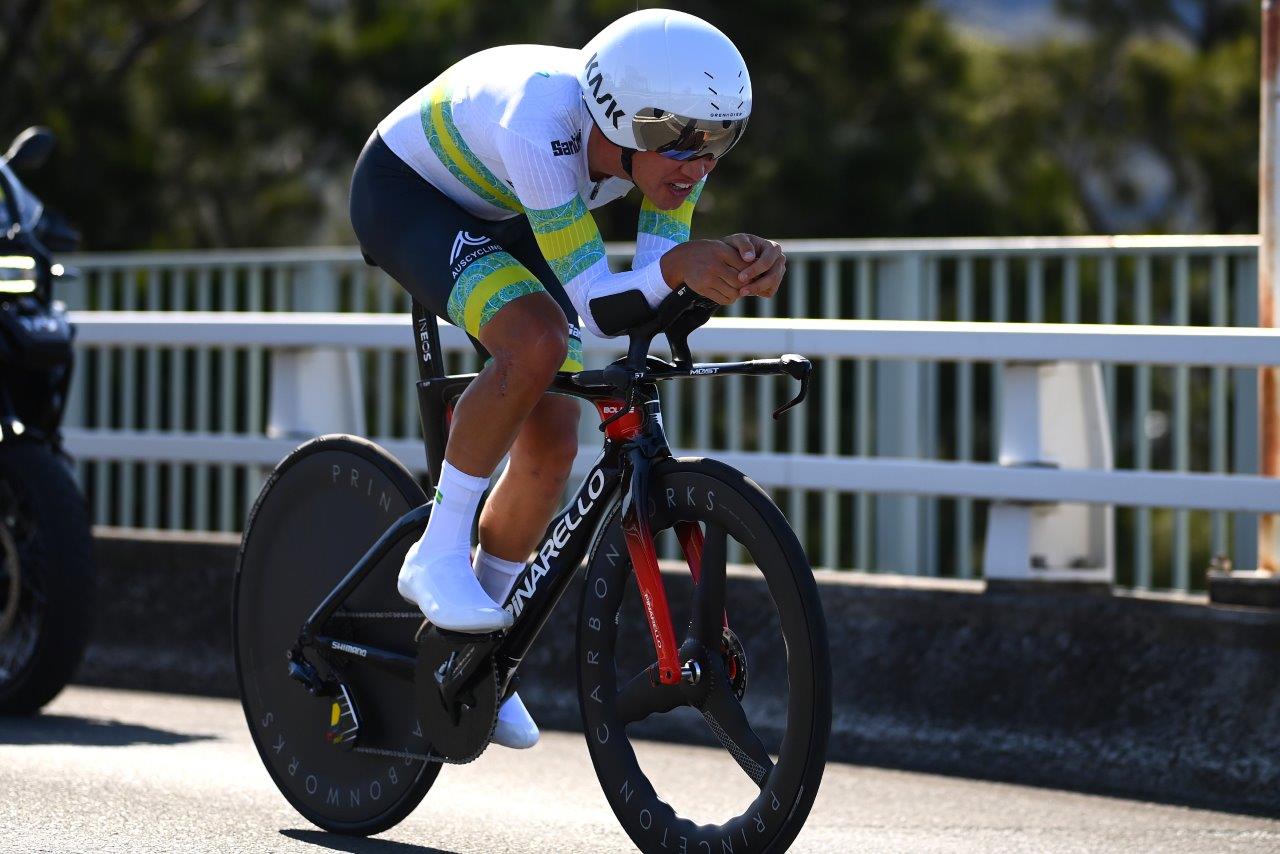 Plapp has won a bronze medal on the track at the Olympic Games, and has won the elite Australian road race and time trial national titles.

Although 2022 is only his first year on the road as a professional, Plapp dreams of emulating the success of fellow Australians Michael Rogers and Rohan Dennis, who have previously worn the rainbow stripes of time trial world champion.

“I do hope in the next 10 years I can slowly build towards that. I think Brisbane (2032 Olympic Games) would be an amazing goal. It’s a long way away, but I think we have a lot of time to build towards that,” Plapp said.

“I hope I can fill the shoes that the Aussie men have left, because there is a great legacy and history with Australian men’s time trialling and I’d love to be a part of that.”

To learn more about the green-and-gold campaign at Wollongong 2022, read the Australian guide to the 2022 UCI Road World Championships.