Guide to the UCI World Championships course in Wollongong

World Championship fever is taking over the New South Wales city of Wollongong, just over an hour south of Sydney.

The race route was announced last year, but in case you missed it, here’s our quick guide to get you up to speed on the courses for the 2022 UCI Road World Championships. 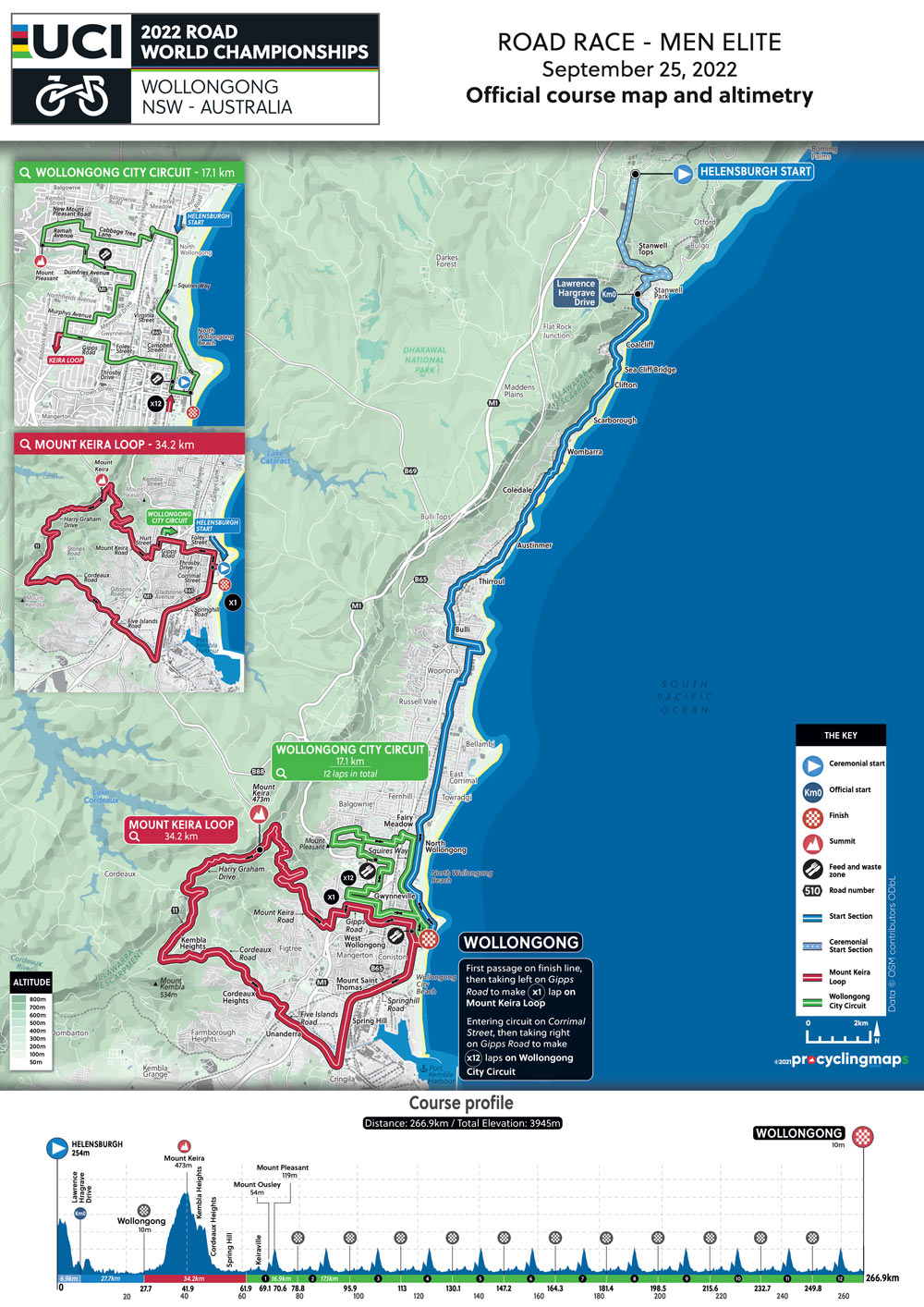 The road races for Elite Men and Women will start from Helensburgh, a small town about 30 kilometres north of Wollongong.

Riders will safely descend a steep hill under neutral conditions before the race properly begins along the scenic drive beside the Pacific Ocean.

Expect spectacular shots from the helicopter as the peloton barrels along above the waves on Sea Cliff Bridge.

These opening 30 kilometres are flat and fast. We’d expect some riders to try to attack the peloton and try to get ahead before the first climbs. 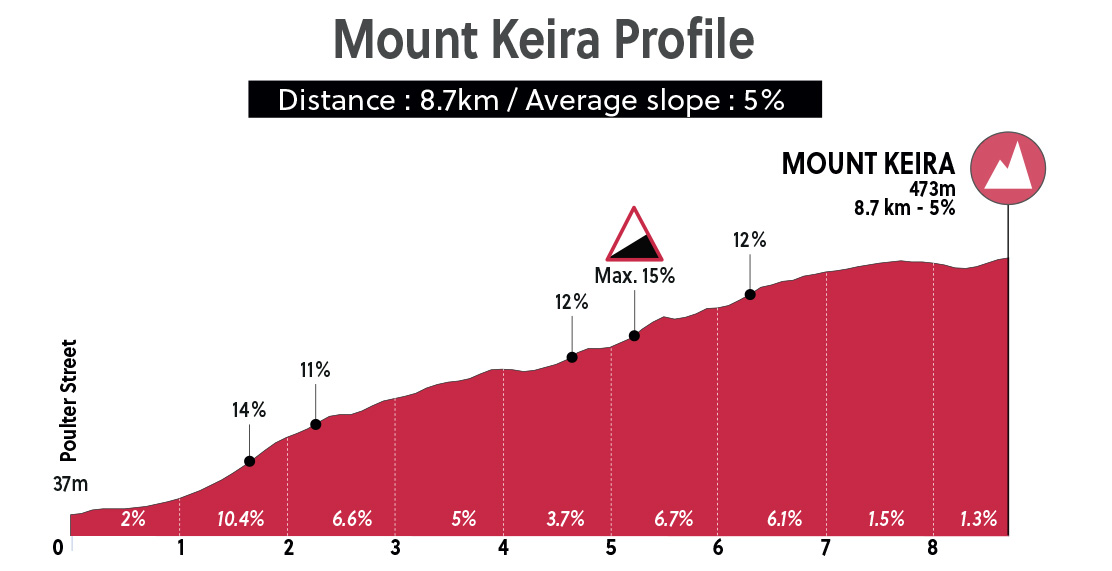 The Elite Men and Women will face an early test when they climb Wollongong’s most iconic hill.

Mount Keira is a favourite of local cyclists because of its challenging slopes, solid length and proximity to Wollongong’s city centre – and for the views from the top.

Officially, the climb is listed as 8.7km long, but the main ascent is really 5.8km at 6.4% gradient, with the first kilometre averaging a significantly steep 10%. It should take riders just over 15 minutes to complete.

Whatever the numbers, Mount Keira will add plenty of fatigue to riders’ legs. However, its early placement, topping out just 42 kilometres into the race, means it is unlikely to be decisive.

What follows is a very fast descent back down to Wollongong, passing the Port Kembla industrial area. 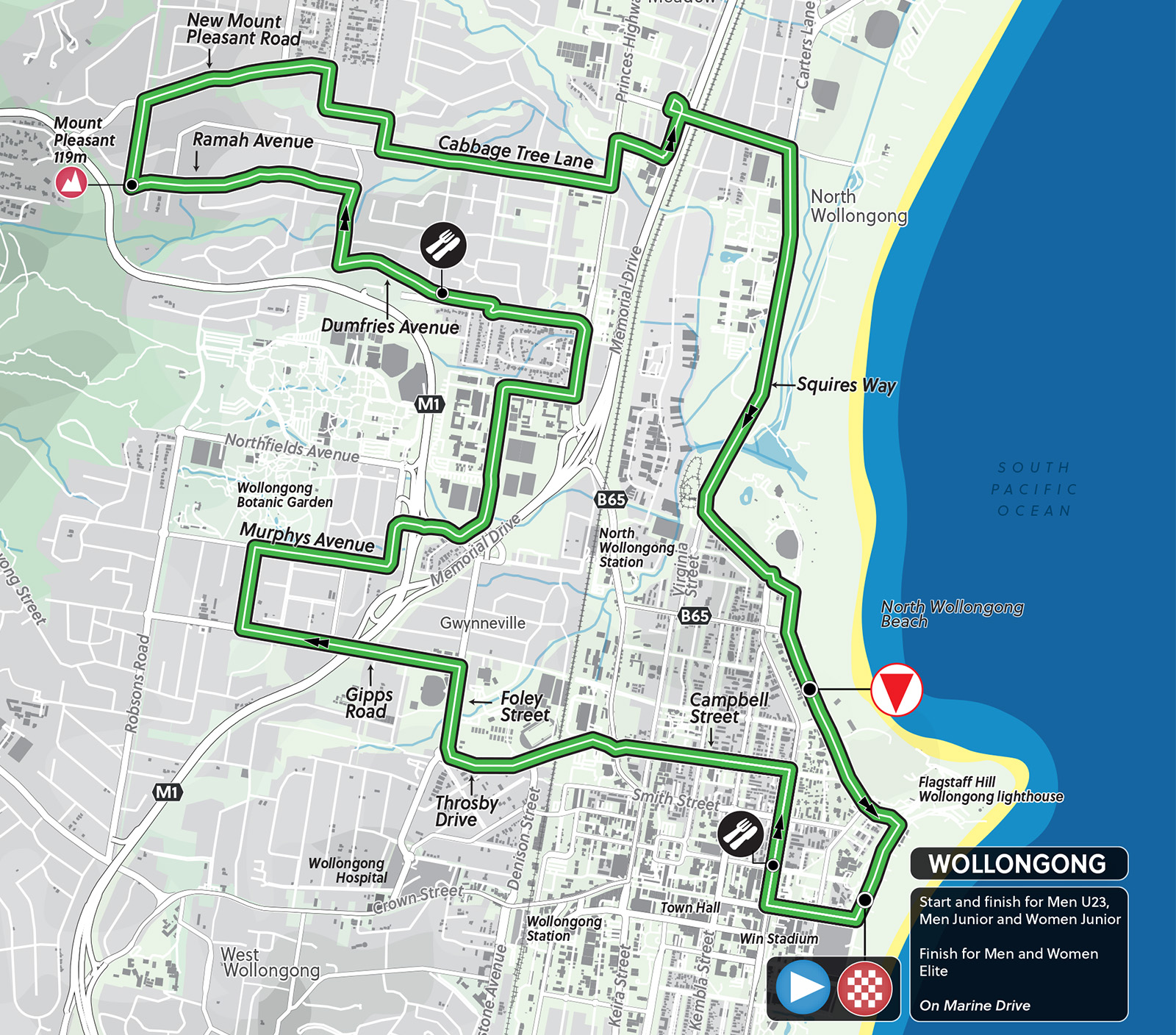 After the Helensburgh start and Mount Keira section, the rest of the race will take place on the Wollongong City Circuit, a lap of 17.5km through Wollongong and its nearby suburbs.

It’s a twisting, urban course that passes along the beach, through the city centre and along residential streets, where lucky homeowners will have the privilege of watching the world’s best cyclists pass by their front lawns.

The junior and under-23 races will all use this circuit exclusively, without the Helensburgh and Mount Keira portions.

Each lap of the Wollongong City Circuit includes the short but sharp climb of Mount Pleasant.

This is likely to be the key, decisive feature of the race.

Strong riders with explosive accelerations will make their attacks here, aiming to break the race apart and drop their rivals.

The repeated ascents – six for the women, 12 for the men – will likely make a gruelling and attritional race, sorting out the wheat from the chaff. 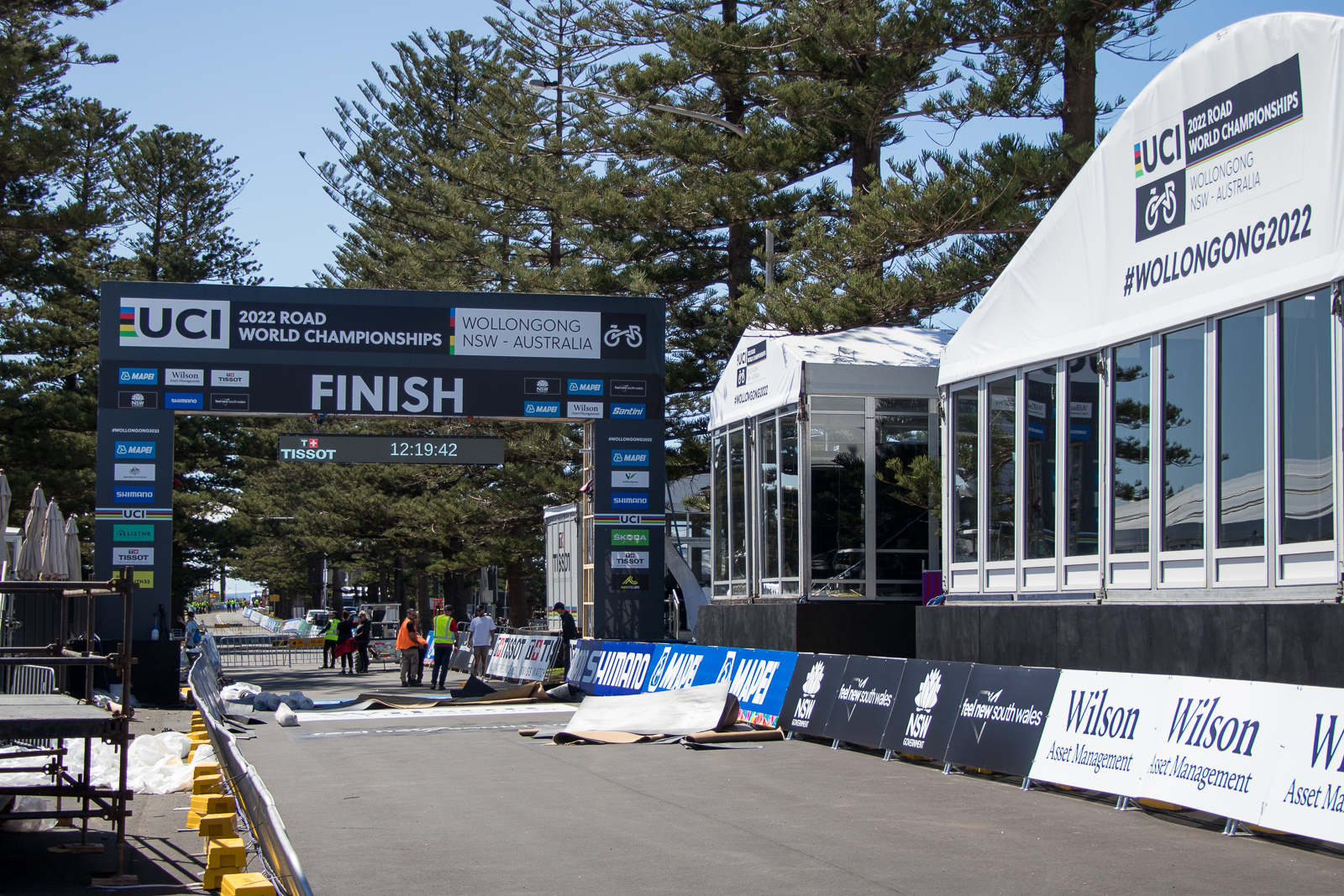 From the top of Mount Pleasant, there are just 8 rapid kilometres to the finish.

There’s a hair-raising descent down to sea level, a few more corners, a railway bridge to crest, before the flat coastal road that leads to the seaside finish.

The closing moments will provide more spectacular imagery as the world’s peloton hurtles along the oceanfront for glory.

The new world champions will be decided on the tree-lined, 400-metre finishing straight between Wollongong Showground (WIN Stadium) and the famous Flagstaff Hill lighthouse.

Finally, a word about the time trials on the opening Sunday through Wednesday.

The courses for the individual and team time trials will be almost the same urban course as the Wollongong City Circuit, but without the steepest climb of Mount Pleasant.

They’ll test rhythm and pacing strategies as much as pure strength and power: there are around 30 corners on each lap, and although none are terribly technical, it means there are few long, straight sections for riders to settle into their aerodynamic tuck positions.

The Elite Men and Women will each complete two laps against the clock for a race distance of 34.2km.

Throughout the 2022 UCI Road World Championships from September 18–25, AusCycling will bring you behind-the-scenes content from the Australian Cycling Team, news and analysis.