Despite missing their goal of a podium finish, Australia’s elite women are “proud” of their performance after animating a thrilling home UCI Road Race World Championships in Wollongong today.

Alexandra Manly achieved the host nation’s best result with 15th place, finishing in a chase group that fell just short of catching the leaders in the explosive finale.

Manly, along with Australian teammates Amanda Spratt and Brodie Chapman, lost contact with the top climbers on the last ascent of Mount Pleasant, a steep climb that riders crested six times in the 163.4-kilometre race.

Ultimately, a group of 12 riders contested the finish along Wollongong’s waterfront after a wet race punctuated by intermittent downpours.

The Netherlands’ Annemiek van Vleuten would have been a pre-race favourite but for an injury cloud. Today, she bounced back spectacularly from crashing in Wednesday’s team time trial. Despite a broken elbow, she surprised the field with a fierce attack in the last kilometre, then held off the reduced sprint to claim her second career road race world title.

Manly came home in a group 13 seconds behind after Spratt and Chapman did their utmost to bring her back into contention.

“I’m not really disappointed because the girls did an amazing ride, and it was the best I could do and we could do on the day,” Manly said.

“We were so close to bringing back the group and having a reduced bunch sprint, which was what I wanted for today, but we did the best we could, and we couldn’t have done any more than that.”

The World Championship course was broken up into three distinct sections. First, the rolling coastal road from Helensburgh to Wollongong. Second, the long climb of Mount Keira and the descent back to Wollongong. Third, six gruelling laps of the urban Wollongong City Circuit, which included the steep climb of Mount Pleasant (1.1km at 7.7%).

As expected, the early placement of Mount Keira meant it was not a decisive factor. Brodie Chapman and Sarah Roy helped patrol the front as the peloton ascended at a steady tempo.

With 40km remaining, the Australian Cycling Team switched to ‘attack mode’, launching a flurry of moves from the peloton that excited the crowd gathered along the beachfront finish straight.

Spratt, then Chapman, then Grace Brown took turns to surge off the front. But it was Sarah Roy who established a gap of about 10 seconds through the finish banner with two laps to go.

In the golden light of the early evening, the heavens opened with heavy rain that soaked the streets of Wollongong. Italy upped the pace, catching and dropping Roy on the lower slopes of Mount Pleasant before the pre-race favourites upped the tempo and split the race. 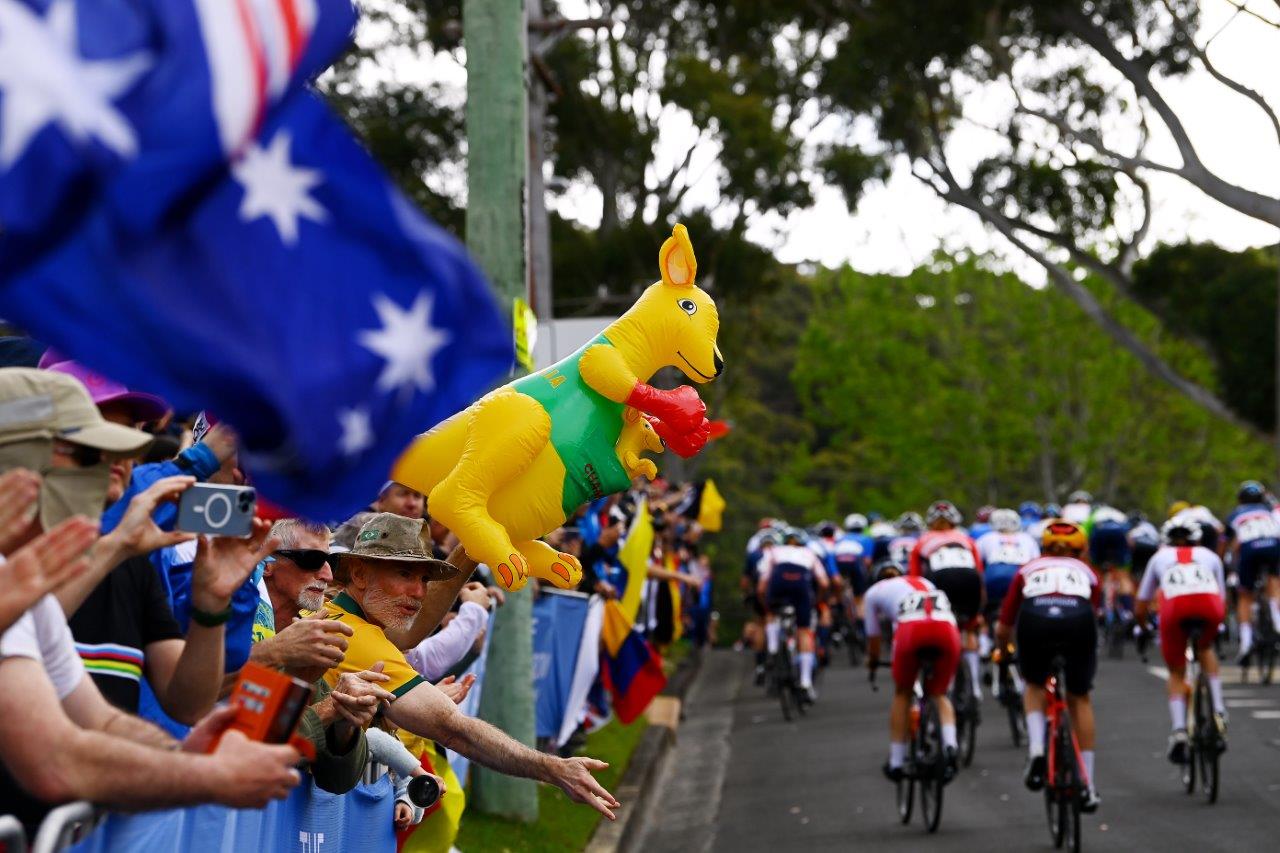 Although the Australians missed the initial split, a massive effort from Spratt in combination with the Netherlands brought back a group of dangerous leaders before the final climb.

The gap did reduce to those up front, but there simply wasn’t enough road left for the green-and-gold to return.

“It didn’t play out exactly how we wanted, but we put our best foot forward so that’s all we can ask for,” Chapman said.

“Spratty was chasing the lap before and we had Josie (Talbot) and Georgia (Baker) positioning us well into the first climb. Sarah Roy was at the front patrolling, she was off the front for a bit, so we can be really, really proud of how we raced.” 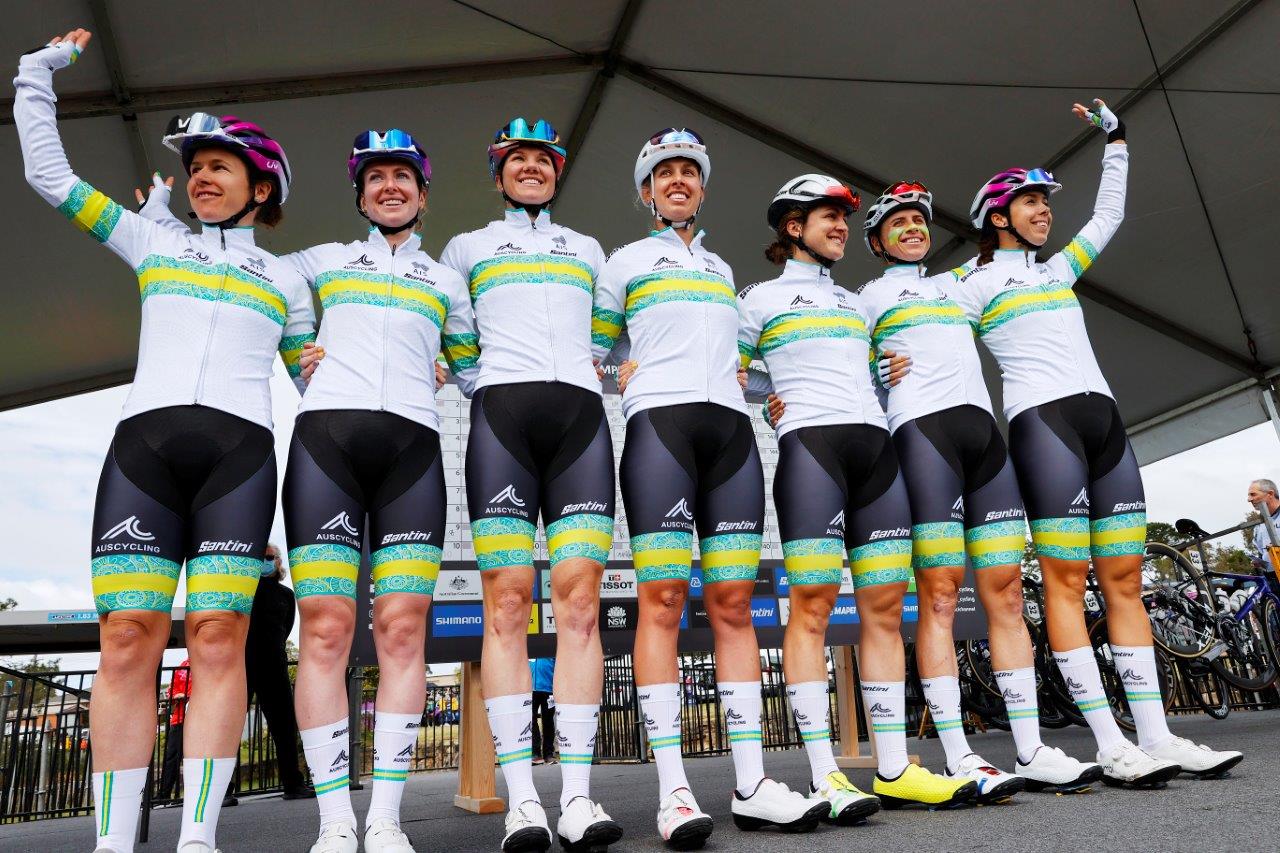 The Australian squad came into the race with multiple options, but when time trial silver medallist Grace Brown struggled on the repeated climbs, they rallied behind Manly.

“When we were attacking, we were hoping to make the race a bit harder and put the sting in other people’s legs, because we know that Alex thrives when other people are hurting,” Chapman said.

“So, we tried to do a little bit of hurting ourselves, so we had a lot of confidence in her. In the end, she was our highest finisher and we’re super, super proud of her.”

These were only the second UCI Road World Championships on Australian soil, a fact that did not go over the heads of the home riders.

“It really gives you energy when you see familiar voices, hear your name or even hearing a bunch of Aussie accents screaming loud,” Chapman said.

“It honestly is energy-giving. I can’t tell you how amazing this experience has been, and we know it’s a once-in-a-lifetime experience, so we’re going to soak it up – like we’ve been soaking up the rain into our bones.”