Like tasty morsels at a tapas bar, the stage wins keep coming for Australians in this year’s Vuelta a España.

Less than a week since Jay Vine won his first pro victory on stage 6 (before quickly doubling his tally on stage 8), Queensland’s Kaden Groves has collected the biggest win of his young career, taking out stage 11 in a bunch sprint overnight.

Groves finished off a flawless leadout from his BikeExchange-Jayco teammates to take the win along the seafront in Cabo de Gata. 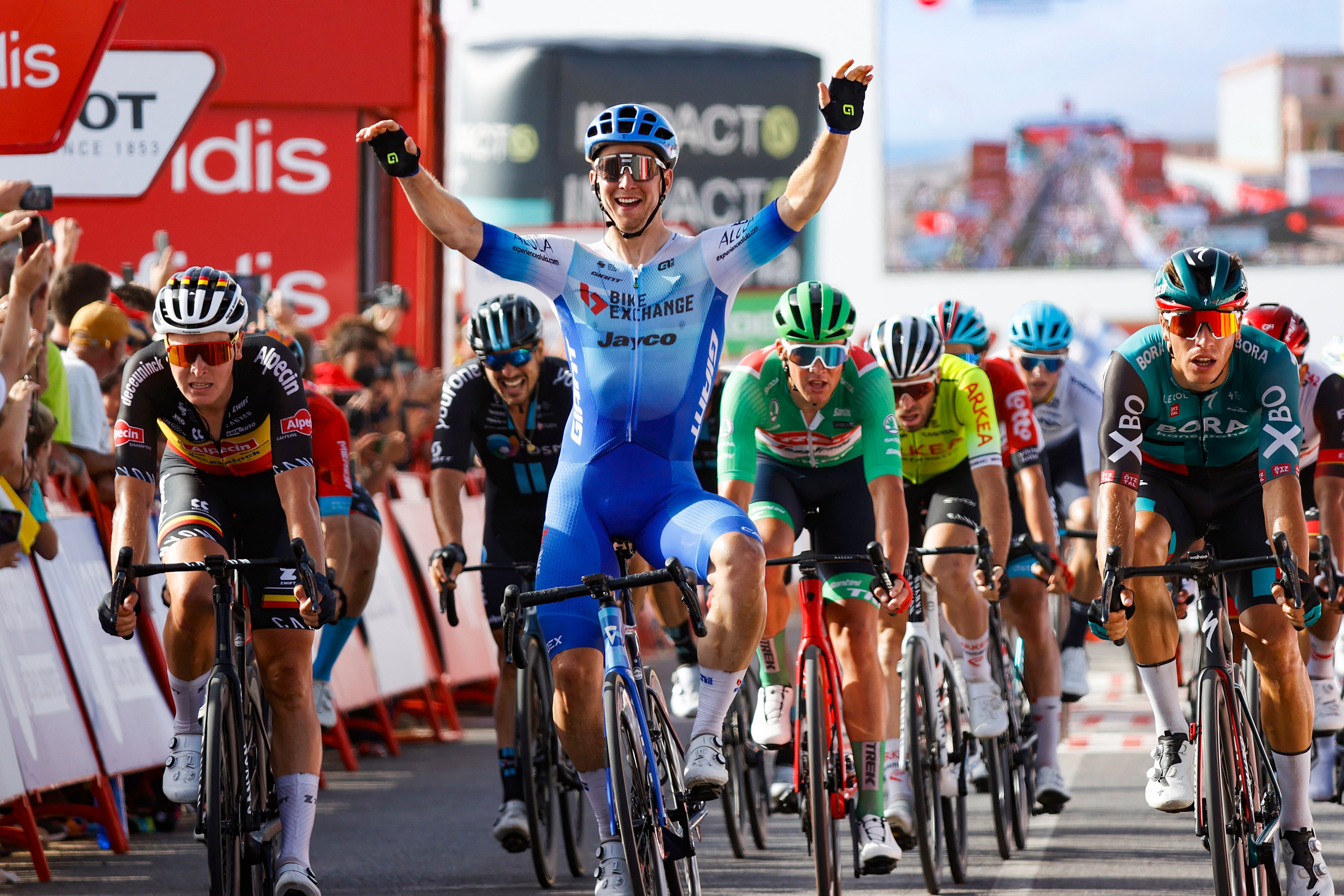 The 191-kilometre stage from ElPozo Alimentación was always expected to end in a bunch kick. The sprinters’ teams kept a small breakaway in check, with West Australian Luke Durbridge setting pace to reel in the escapees.

The final four kilometres were flat, exposed to wind and dead straight along a coastal road, and Groves’ teammates positioned him perfectly at the front of the bunch.

Australian Cycling Team athlete Kelland O’Brien was the last man to peel off before Groves picked up the slipstream of his rivals, waited for his moment and launched from the wheels to win by half a bike-length ahead of Danny Van Poppel and Tim Merlier.

This is Groves’ third victory of 2022 and his second WorldTour-level win after success at the Volta a Catalunya and Tour of Turkey earlier this year.

“I’ve got to thank all the guys, Luke was riding all day, and then we set up early for the wind,” Groves said.

“We thought there would be crosswinds a bit earlier, but there was nothing until the final 4km where we were first team, and the guys did a perfect job of keeping me in front and fresh.

“It’s been a really good year. I’m super happy to get a win here already and there’s still more stages to come.”

A record 16 Australians started this year’s Vuelta a España.

Groves’ is the third Australian win from the 11 stages so far. In addition, Aussies Rohan Dennis and Chris Harper won the opening team time trial with Jumbo-Visma.

He rose through the Australian and Asian racing scene with St George Continental before a stint with the Mitchelton-BikeExchange development team and SEG Racing Academy.

Groves turned professional in 2019 with his current team, then known as Mitchelton-Scott. He will leave next year to join Alpecin-Deceuninck alongside fellow Aussies Vine, Rob Stannard, and neo-pro Jensen Plowright.

The rider from Gympie becomes the 14th Australian to win an individual stage of the Vuelta, joining the likes of Don Allan, Simon Clarke, Michael Matthews and, most recently, Vine and Michael Storer.

And, like a bar-hopping evening in a Spanish barrio, here’s hoping there’ll be plenty more dishes for Aussies to feast on.