From next year, the 22-year-old Victorian will race with Alpecin-Deceuninck, the team of Dutch phenom Mathieu van der Poel.

It’s a logical next step for the stocky sprinter from Hawthorn Cycle Club, who has developed quickly through the National Road Series (NRS) and Australian Cycling Team. 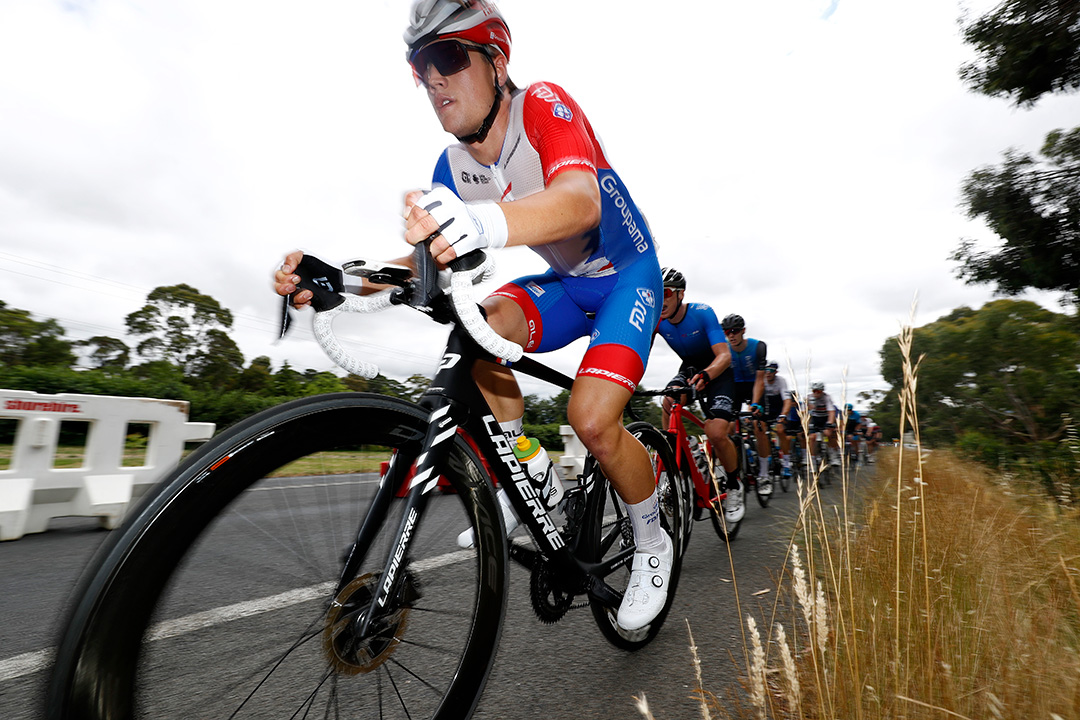 “I’m so excited to be joining Alpecin-Deceuninck next year,” Plowright said in a team statement.

“That’s a team that puts it all on the line to win and I want to be a part of it.

“It’s been a huge goal of mine to get on this level and now it’s time to set new goals. I want to help the team win and gain experience from the riders around me.”

Plowright confirmed his status among the NRS’s best talents when he won the 2021 Melbourne to Warrnambool with a powerful late attack. He continued gaining experience at the Tour de l’Avenir last year, where he placed second on a stage.

On the track, Plowright is a multiple national champion, with the omnium and points race among his conquests.

This year, Plowright is racing with the development arm of Groupma-FDJ, but surprisingly will not turn pro with the French outfit.

Canberran climber Jay Vine is also on the Alpecin-Deceuninck roster.

Plowright’s signing is the latest in a rush of contracts for young Australians, adding to the four riders who’ll turn pro with BikeExchange-Jayco in 2023.

There's a hundred people to thank over the years!

What a great place to start my World Tour career! I can't wait to get stuck in💙 pic.twitter.com/5nXRBBz4IK