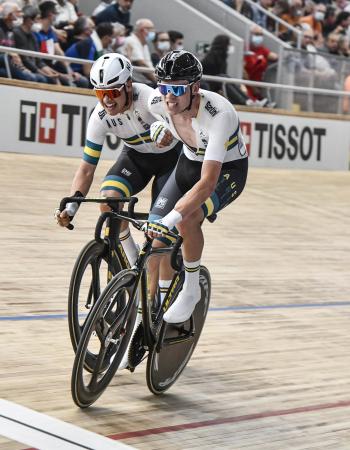 Melbourne's O'Brien began his green and gold journey in 2015 with the Australian Under-19 team for the 2015 World Championships, where he won Madison gold and team pursuit bronze.

In 2017, he graduated to the elite ranks where he claimed dual Oceania crowns and his maiden elite world title at the 2017 World Championships in Hong Kong. There he also won bronze in the individual pursuit in a personal best time.

2018 netted O'Brien dual national and dual Oceania crowns, plus World Cup gold, with the season highlight being when he teamed with Sam Welsford, Leigh Howard and Alex Porter to become the first team in history to break the three-minute (3:49.804) fifty-second barrier on their way to winning gold at the 2018 Commonwealth Games on the Gold Coast.

O'Brien kickstarted 2019 by defending the team pursuit world title, and grabbing three national crowns. On the road in 2019, O'Brien took the GC honours at the National Road Series' Tour of the Great South Coast.

With over half a dozen track national titles to his name, O'Brien broke through to win his maiden road national crown in 2020 after winning the Under 23 Criterium Championships in January.

O'Brien made his Olympic Games debut in 2021 at the Tokyo Olympic Games, winning a bronze medal in the team pursuit.