The Queenslander from Balmoral Cycle Club took the lead on yesterday's stage 3, a brutally hilly race from Spreyton Cider to Sheffield, which Robotham won by one minute.

Today, he safely navigated the tour-ending criterium in Devonport to secure the general classification.

It's the biggest result in the 21-year-old's young career. Robotham joins the likes of Richie Porte, Cameron Meyer and Jack Haig on the race's honour roll.

"This Tour is by far the best I’ve done anywhere, really. It’s been a highlight of my career," Robotham said.

"This was a huge goal of mine. I was looking for a stage win, so to take away the Tour win as well is very special." 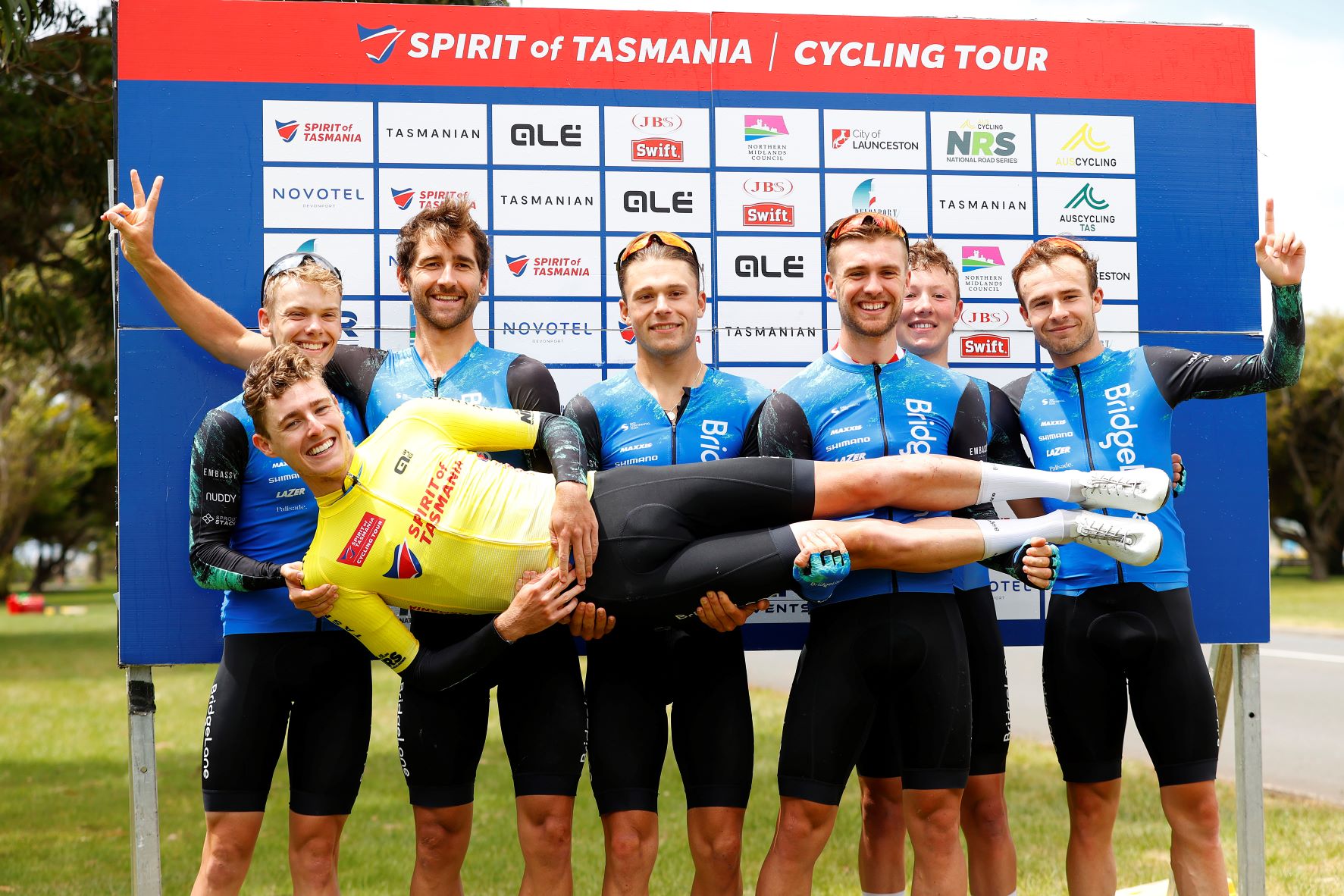 After a two-year hiatus, the Spirit of Tasmania Cycling Tour returned with a familiar uphill prologue in Launceston.

In recent memory, Cameron Ivory has commanded the 590-metre, 11.9% zig-zag climb, having won the last three editions of this time trial.

Once again, the mountain biker and criterium national champion proved untouchable, sprinting up the steep slopes in a time of 1:18.48 to take his fourth consecutive prologue victory, a blistering 3 seconds ahead of his nearest rival. 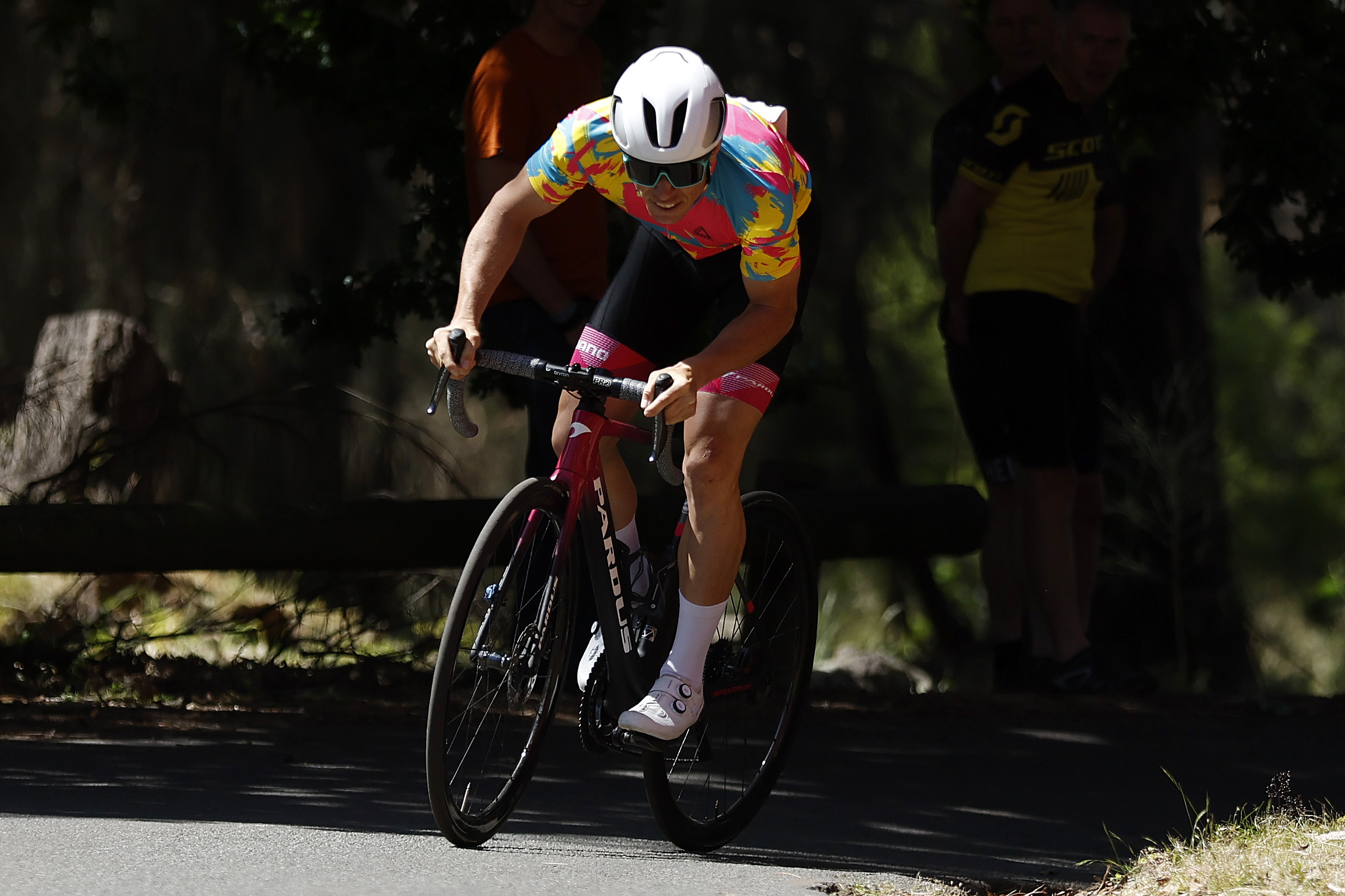 The longest stage of this year’s Tour was a 115km stage finishing just after a selective final climb.

The tough pinch saw all but 15 riders lose contact with the front of the race. Among them was Cameron Ivory, ensuring that a new race leader would emerge from the stage.

ARA Pro Racing Sunshine Coast committed their resources to protecting their young rider Declan Trezise, and sure enough, the Queenslander delivered the stage win in a reduced bunch sprint. 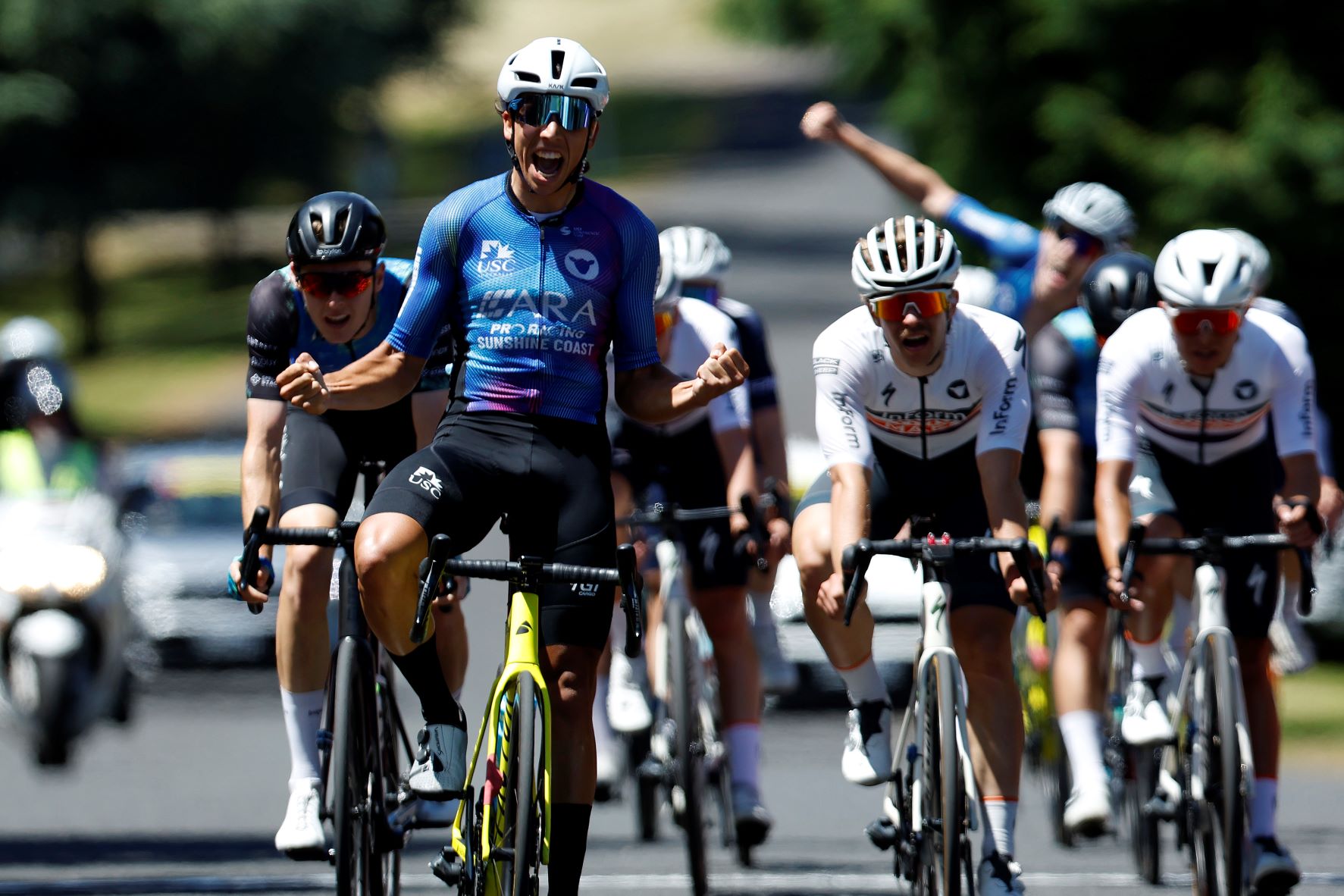 Usually, the name ‘Poatina’ conjures images of a long mountain climb that decides the general classification.

The year, however, stage 2 was a short, snappy 57km affair, finishing on a three-kilometre climb due to a landslip further up the road. (The same route was used for the opening stage of the women's Spirit of Tasmania Cycling Tour).

The punchier effort suited the track background of Graeme Frislie (InForm TMX MAKE), who was quickest in the bunch sprint at the top of the climb. After placing second on stage 1, Frislie took over the race leader’s jersey from Trezise. 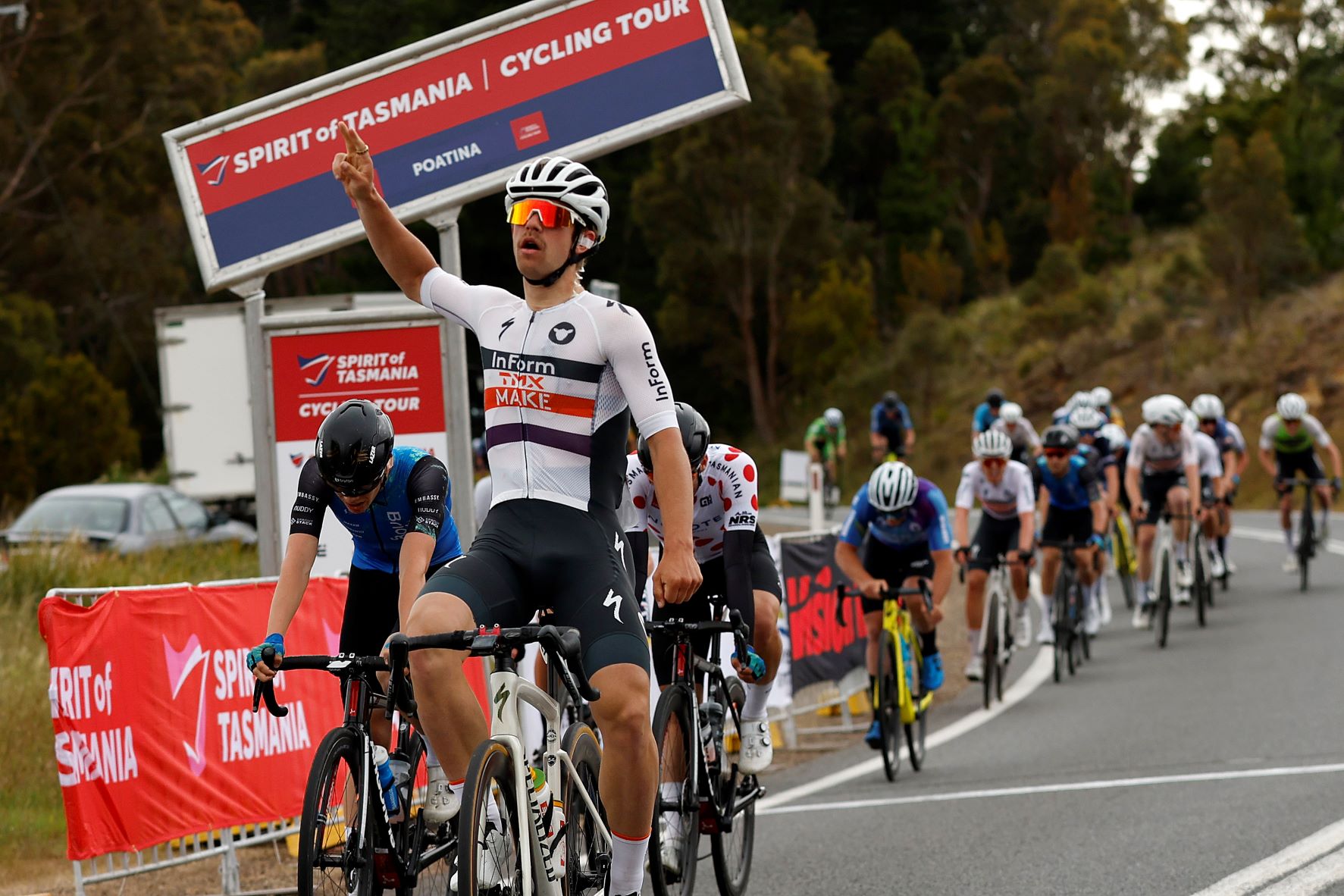 A brand-new route for the Tour, this 77.8km stage proved incredibly tough. It was packed with brutal climbs and technical descents, stringing out the peloton from the start.

Team Bridgelane piled on the pressure early, thinning down the field on the steep climbs, until Rhys Robotham escaped with just Matthew Greenwood (Tandem Co Pro Cycling) for company.

At the front of the race, Robotham proved too strong, dropping his breakaway partner and taking a dominant solo victory into Sheffield by one minute – and with it, becoming the fourth rider in four days to wear the yellow jersey. 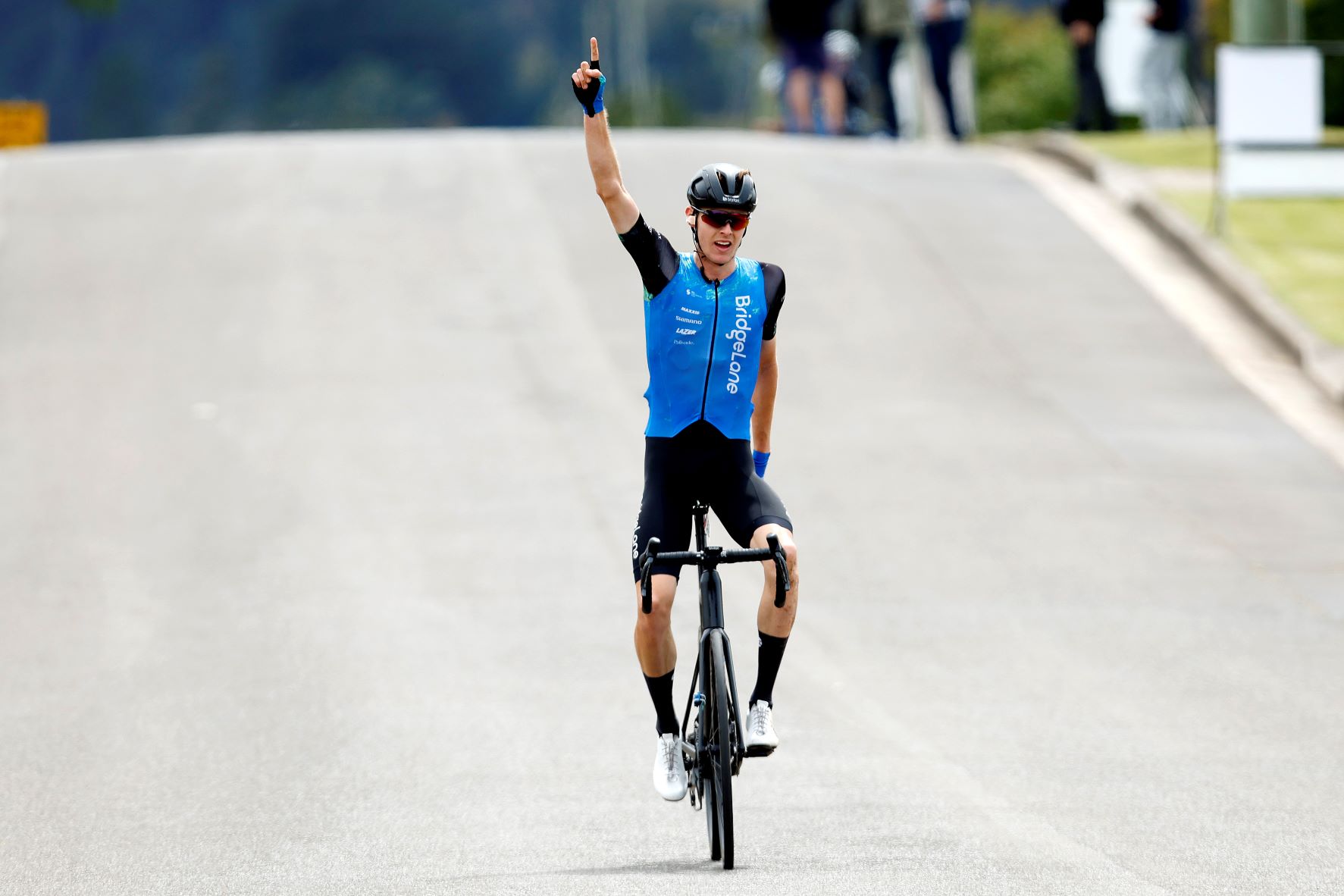 With a lead of 1 minute 8 seconds, Robotham just had to finish safely to secure the general classification, but stage honours were still to race for in the final event of the 2022 National Road Series.

West Australian sprinter Craig Wiggins (ARA Pro Racing Sunshine Coast) proved fastest in the bunch sprint. Wiggins took the victory ahead of Liam Walsh, while it was ‘mission accomplished’ for Robotham, who sealed the overall. 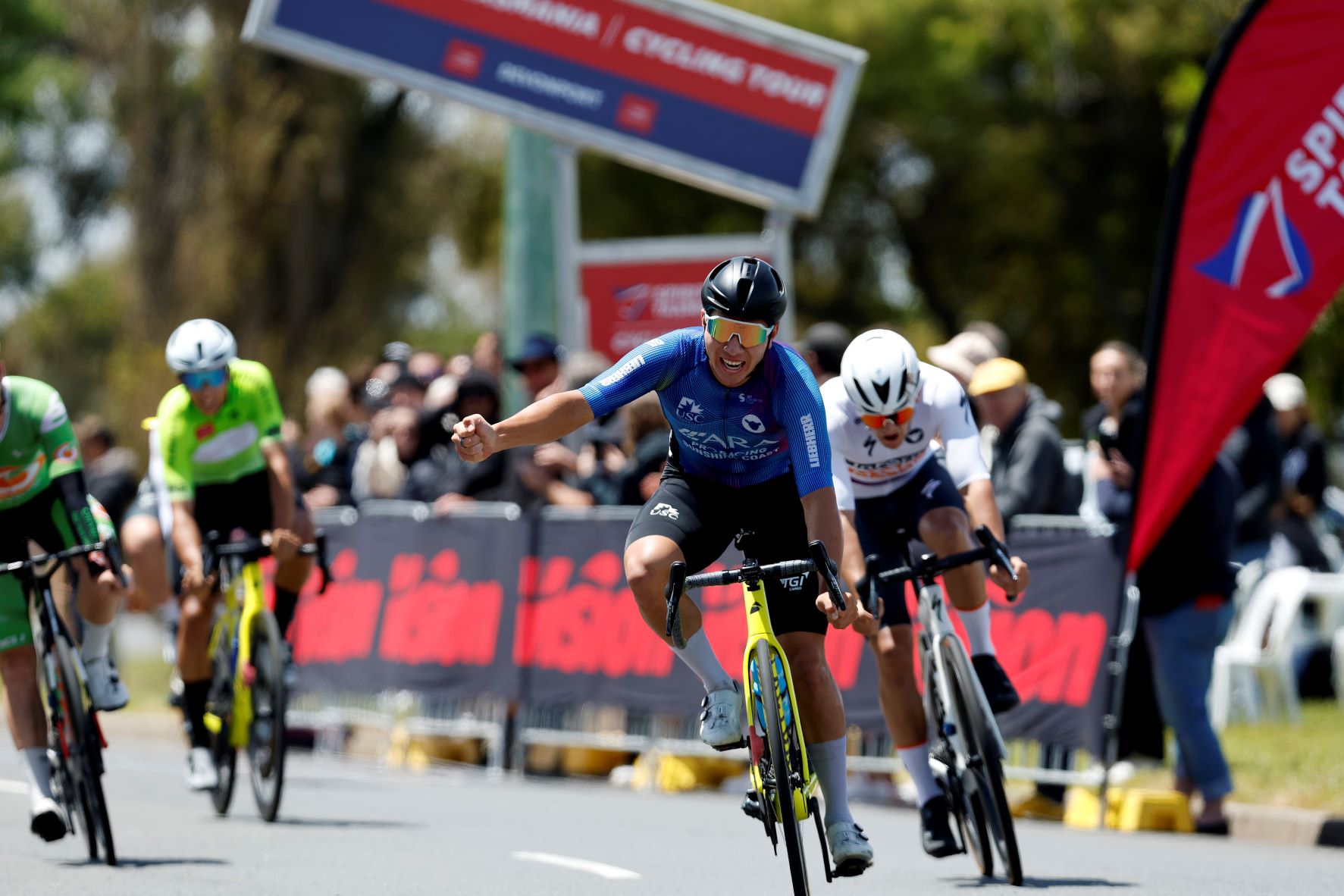 You can watch a 1-hour highlights program on SBS Viceland this Sunday, December 4, 2:30-3:30pm AEDT.