The 43-year-old proved once again that she's among the best climbers of the Australian peloton. Barrow took the race lead on yesterday's hilly stage 2, when she soloed to victory by over a minute into Sheffield.

Despite having no teammates in the race, Barrow successfully defended her advantage in today's Devonport Criterium in order to secure the title. 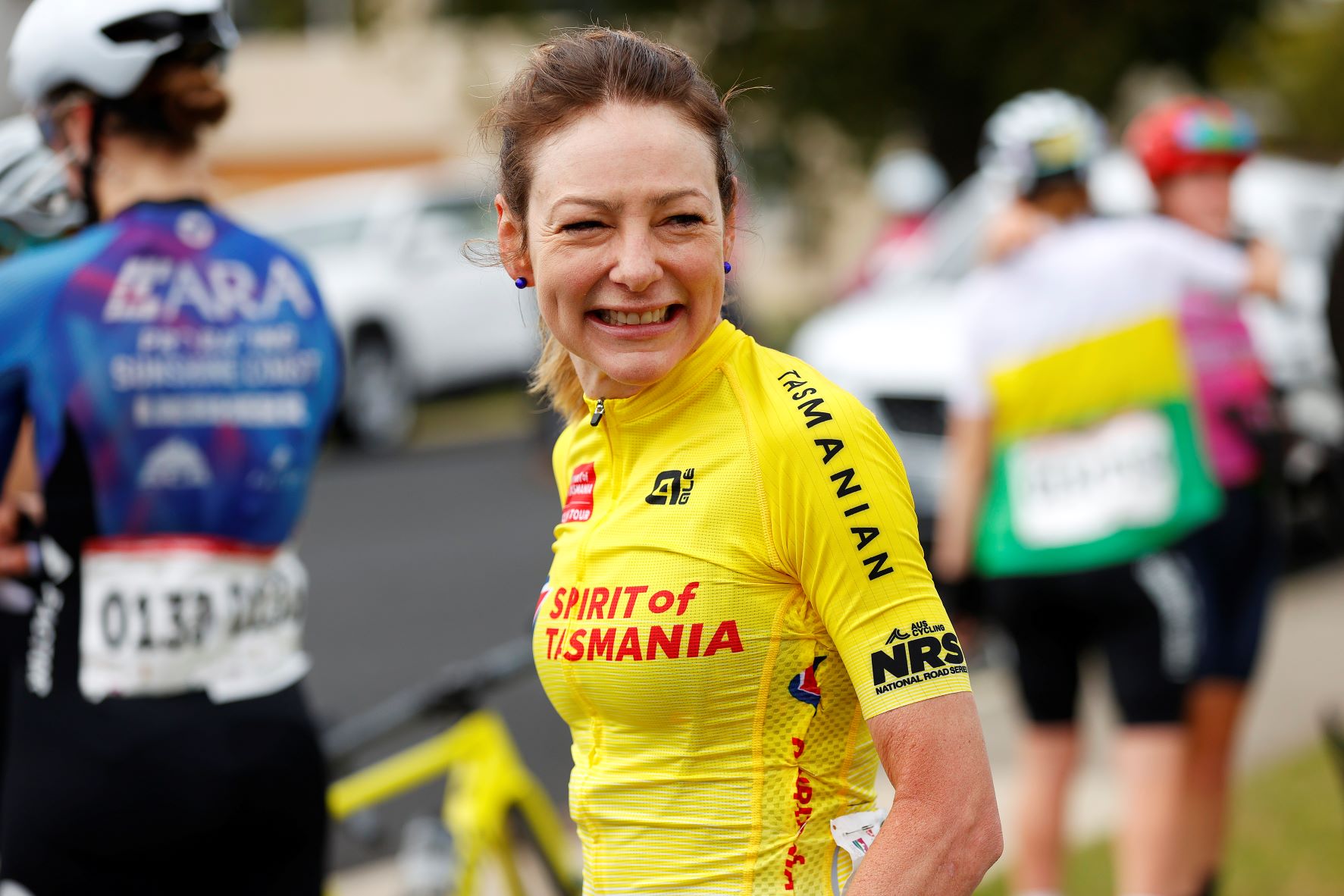 "Hats off to ARA Pro Racing Sunshine Coast, they were trying to see what they could do for the GC," Barrow said about today's tactics.

"They were going in front of me and then sitting up, making me come around the wheel and trying to cause a split.

"It was hard without a team, I was really relying on others.

“I was counting the time gap of the break and I don’t think it got more than 15 seconds, so that was comfortable.”

Barrow won the inaugural women's Tour of Tasmania in 2018. In 2019, the last time this race was held, she placed second overall to Sarah Gigante.

After a two-year hiatus, the Spirit of Tasmania Cycling Tour returned with a three-stage women’s race contested by 41 starters.

Stage 1 was a short, snappy 57km stage, finishing at Poatina on a shortened three-kilometre climb due to a landslip further up the road.

Despite multiple attempts to get away, none got any further than Felicity Wilson-Haffenden (InForm TMX MAKE), whose maximum gap was only 17 seconds.

The race came back together for the climb, where riders began to go backwards under the pace, leaving a reduced peloton to contest the final sprint.

Within sight of the line, De Francesco was the first to accelerate. Despite the headwind, she held off Matilda Raynolds (InForm TMX MAKE) to take the stage win and trade her NRS leader’s jersey for the yellow jersey of race leader.

Stage 2 was a brand-new route for the Tour, a hilly 77.8km affair packed with short, but brutal climbs and technical descents.

After a short-lived attack by Georgia Whitehouse (Sydney Uni-Staminade), Barrow looked for her opportunity by pushing the pace on one of the early climbs.

Only under-19 rider Mackenzie Coupland (Cycling Development Foundation) was able to follow with an impressive bridging effort. Behind, the peloton shredded to pieces under the pressure, with De Francesco and Pate working in a small chase group.

On one of the later climbs, Barrow surged away from Coupland. The Victorian rode to a solo victory by one minute to Pate and De Francesco, while Coupland finished another few seconds back alongside Mia Hayden (The Women’s Racing Project).

The flat and fast criterium returned to Devonport to conclude the Spirit of Tasmania Cycling Tour for both men and women.

Although Barrow could sit comfortably with her one-minute lead, she had to be attentive when De Francesco attacked up the road with Raynolds and Gina Ricardo (Sydney Uni-Staminade).

As the best sprinter in the peloton, Plouffe could afford to sit on while Pate and Fityus opened up a small gap on the peloton. When Plouffe launched, the stage win was a formality for the WorldTour-bound South Australian.

The breakaway finished 9 seconds ahead of the peloton, and, with the time bonuses, Pate took De Francesco’s runner-up position overall.

Barrow finished safely in the pack to secure the GC victory.

You can watch a 1-hour highlights program on SBS Viceland this Sunday, December 4, 2:30-3:30pm AEDT.