Two days of racing in Alice Springs have had a crucial impact on the 2022 AusCycling BMX National Cup overall competition.

Over 300 riders contested the AusCycling BMX National Rounds 4 & 5 this weekend on a freshly-renovated track at Red Centre BMX.

Teya Rufus, Matty Tidswell and Alex Cameron each took round wins in the Superclass competitions and have placed themselves into strong positions for the series win, with just the state and territory championships and 2022 AusCycling BMX Racing National Championships left to come. 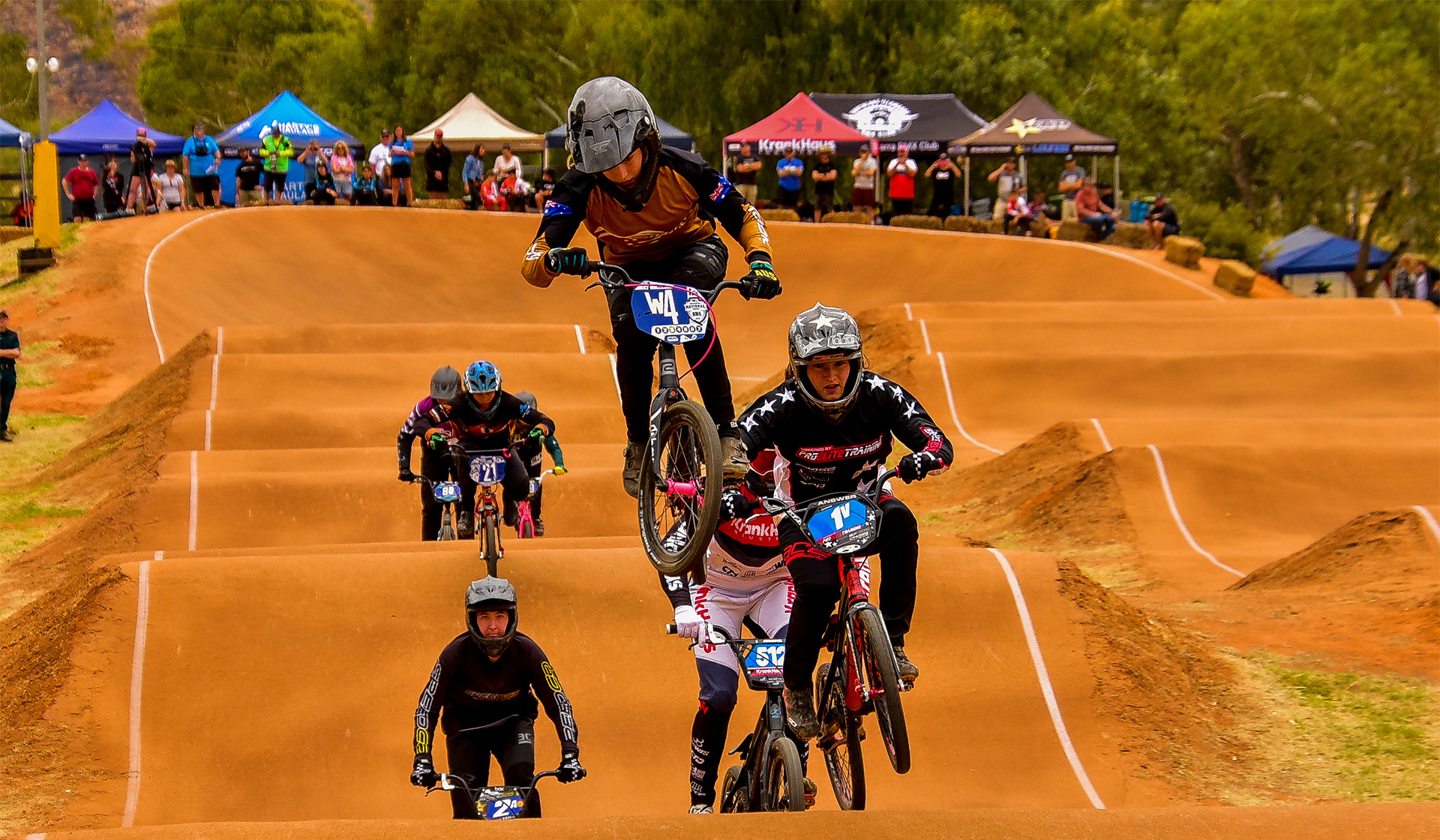 AusCycling BMX National Cup leader Bella May did not attend the weekend, opening the door for 16-year-old Teya Rufus to climb to the top of the standings.

With exactly one full gate’s worth of starters, both National Rounds were decided on points after four motos.

On Saturday, the first moto of the weekend went the way of 2018 elite national champion Erin Lockwood.

But after that, Rufus quickly found her groove. The Maryborough rider, who finished fourth in the world at the Nantes 2022 UCI BMX Racing World Championships, took out the remaining three motos with confidence and earned her second National Round victory of the season.

Lockwood was second with a consistent Gemma-Lee Thomas in the three-spot.

On Sunday, Rufus picked up from where she left off. The Junior Superclass national champion convincingly won the first three motos, leading from start to finish.

It took until the final race for Thomas to get one over the young Queenslander, but Rufus had done enough to seal back-to-back wins in this Red Centre double-header.

The only low point in the Superclass Women’s came in the second moto on Sunday, when Lockwood tangled with Julie Urben di Giaimo and crashed heavily. All riders were able to walk or ride away from the collision, but Lockwood took no further part in competition.

Rufus moves to top of the National Cup standings with a perfect 840 points, passing Bella May on 765, with Gemma-Lee Thomas on 750.

Two contenders have risen to the top of the Superclass Men’s competition in the 2022 AusCycling BMX National Cup.

After winning National Round 2 in Adelaide, Matty Tidswell had the chance to leap into the series lead after many of his closest rivals chose to sit out the Alice Springs weekend.

His biggest competition was National Cup leader Alex Cameron, who headed to the Red Centre hoping to retain or extend his advantage.

On Saturday, both riders won their respective first motos. However, in race two, Tidswell could only manage the two-spot behind exciting youngster Josh Jolly, the reigning 15 boys national champion who was racing his first Superclass Men’s event.

In the Round 4 final, Tidswell got the hole shot but Cameron stayed within touching distances, waiting for the right time to strike. In the third straight, the Sydneysider surged powerfully past Tidswell, took the lead into the final corner and held on for an exciting victory.

On Sunday, Tidswell had an immediate chance at revenge, beating Cameron in the first moto but once again dropping his second race to Josh Jolly – and again in moto 3.

In fact, Jolly seemed to be making himself at home in the Superclass Men’s racing, winning all three of his motos.

But in the Round 5 final, this time Matty Tidswell made no mistake. He once again nailed the hole shot, but this time created a bigger gap to Cameron – one that the South Australian would not relinquish.