AusCycling | ‘I couldn't have won this without the team’: Blake Quick powers home to under-23 men’s road race title
ROAD

‘I couldn't have won this without the team’: Blake Quick powers home to under-23 men’s road race title

A superb team performance has seen InForm TMX MAKE retain the under-23 men’s road race national title on the penultimate day of the 2022 Federation University Road Race National Championships, while the under-19 men’s and women’s titles were also decided in Buninyong. 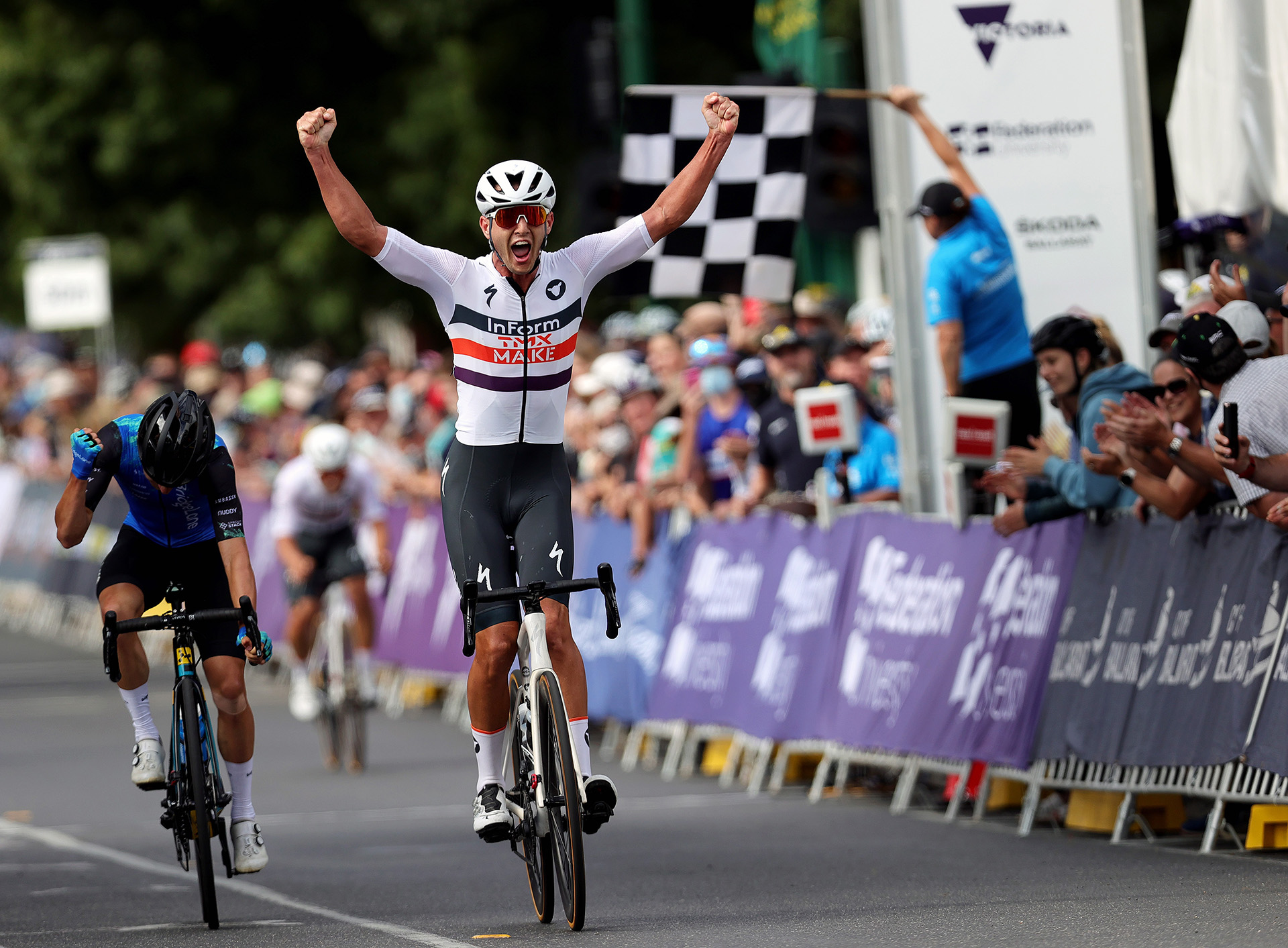 Quick, 21, a road and track rider from Balmoral Cycling Club, finished off a near-perfect race by his Victorian-based team, who controlled the early stages of the race and were persistent in placing riders up the road in crucial breakaways.

A field of 100 starters faced 12 laps of the famous Buninyong circuit for a total distance of 139 kilometres.

Having locked out last year’s podium and bringing 10 riders to the start line – the most of any team – all expectations were on InForm to animate the race.

However, the team suffered an early setback when Elliot Schultz crashed under the finishing arch and was unable to continue. By the time the peloton had allowed those caught behind the crash to return, a breakaway of 14 riders had formed with an advantage of over three minutes.

Ben Metcalfe (Team BridgeLane) attacked from the breakaway to go solo while behind, in the peloton, InForm were chasing in numbers. 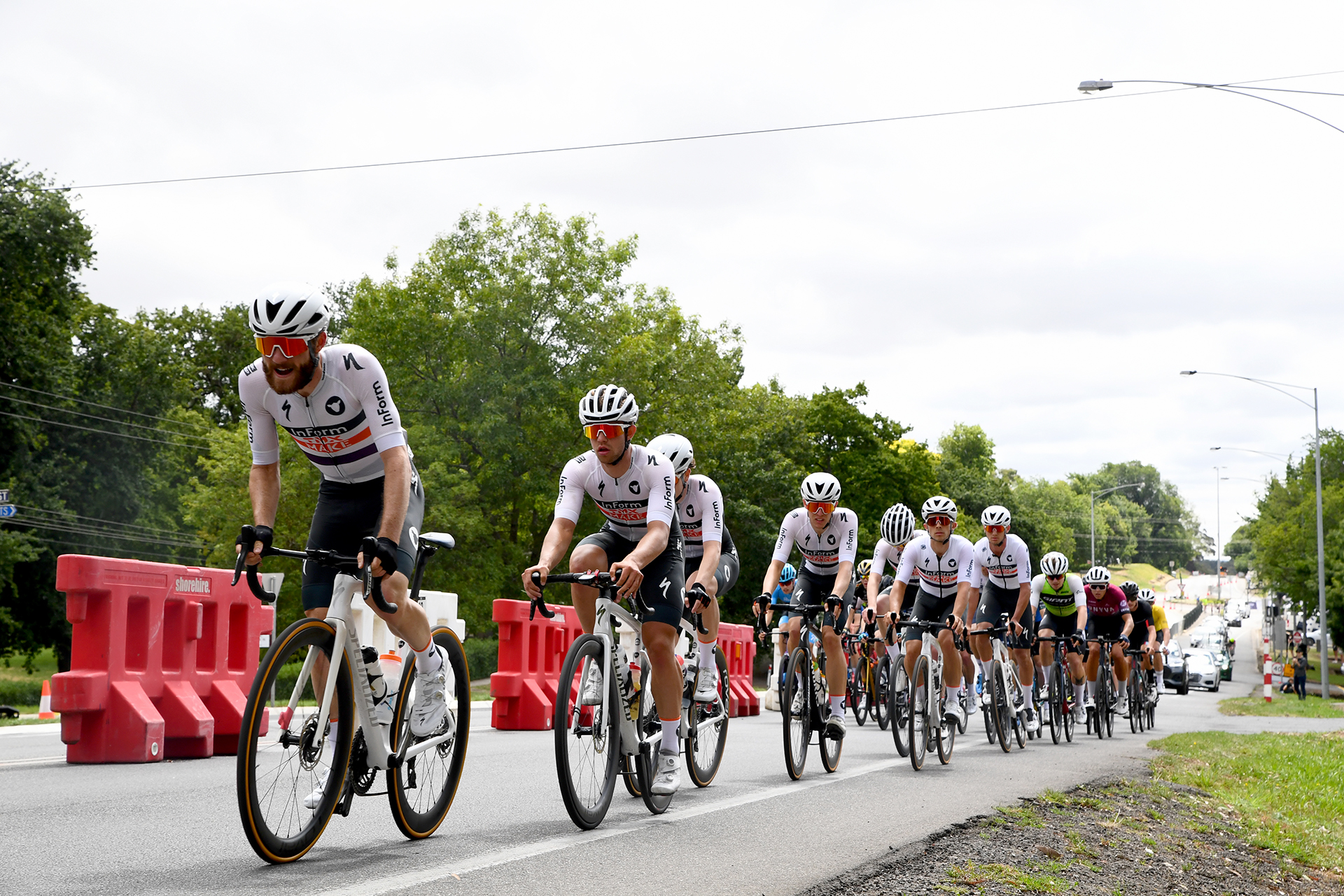 InForm’s stocks were bolstered by the arrival of yet another rider at the front of the race on the penultimate lap when Tristan Saunders made the junction to the lead group, which had an advantage of 90 seconds.

The breakaway split once more, this time leaving Saunders, Quick and Walsh at the front – two InForm riders out of three.

With Quick’s sprinting pedigree and rich vein of form exhibited by his two stage wins at the Bay Crits last week, InForm would have been content to see this leading trio reach the finish.

At the bell, their lead was under one minute to a reduced peloton led by Team BridgeLane. Sprinter Jensen Plowright (La Conti Groupama-FDJ) attacked through the start-finish line, but it was climber Matthew Dinham (Team BridgeLane) who succeeded in making a decisive move, bridging to the leaders on the final ascent of Mount Buninyong.

At that exact moment, Walsh – the longest-surviving member of the initial breakaway – disastrously dropped his chain and fell out of contention, leaving Dinham up front against two InForm riders.

In the final sprint, Saunders appeared to cramp, forcing Blake Quick to lead out. Dinham, using the leg speed from his BMX and mountain bike background, pushed the Queenslander all the way to the line but was unable to stop Quick from taking victory.

The 2018 Junior Madison World Champion adds the under-23 road race title to his growing palmarès.

Blake Quick 🥇: “I can’t believe it, it was a bit of a long shot. I came here with some good form but to be honest, I couldn't have won this without the team. I gambled a bit and I went early, I wanted to get ahead of Matt Dinham and put the BridgeLane boys under pressure.

“Nationals is a huge numbers game, it really helps to have such a large amount of teammates and they’re all really strong riders who could win on their own. It’s unbelievable that they helped me get it done.”

“It’s definitely the biggest win of my career so far.” 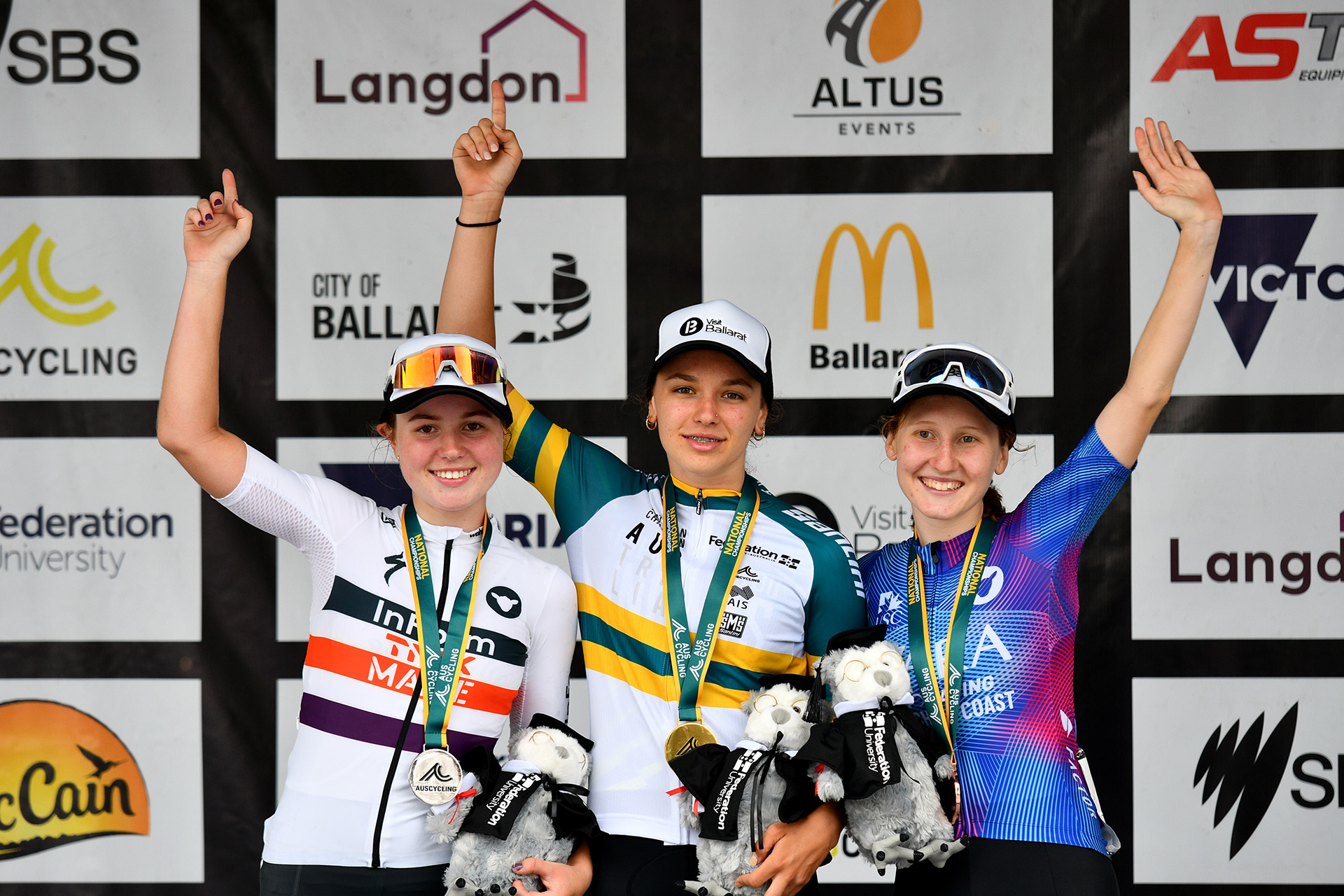 It was Marr’s first gold medal of the week after taking silver in both the time trial and the criterium.

“I went out really early, way earlier than I should have. I don’t think anyone was really expecting it, I just had to dig deep and go as hard as I could and just go for the line.” 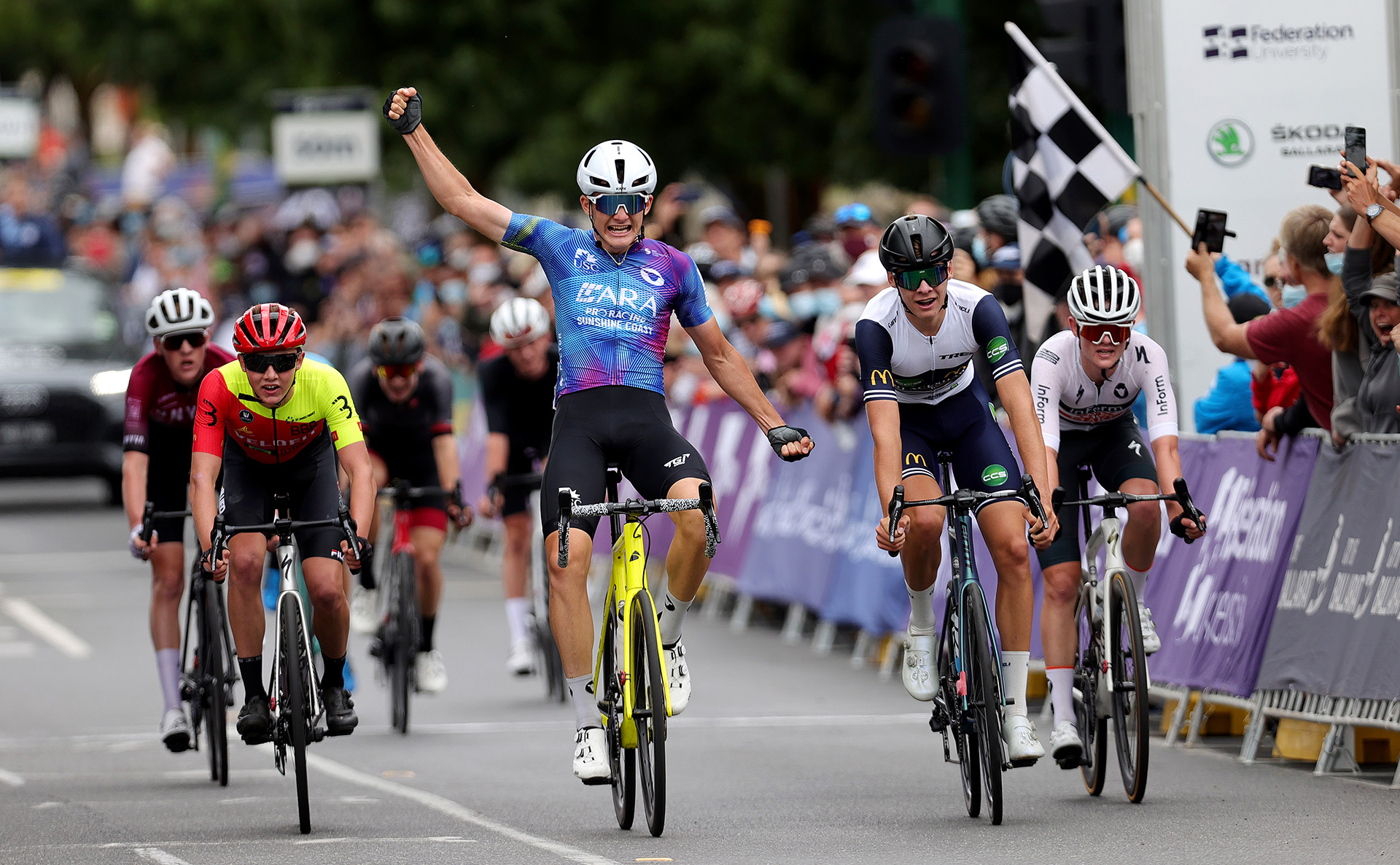 Rogers was the quickest in a tight finish to the line ahead of fellow Canberran Oscar Chamberlain (Team CCS Canberra) and Campbell Palmer (VA Pro Racing) at the end of the 104-kilometre race.

Cameron Rogers 🥇: “Crossing the line, I just didn’t know if I had won it or not. It just feels amazing, I’m so happy.

“Because we’re on such small gears it’s just spin, spin ‘til you win but I knew Oscar, my best mate, was right next to me. So seeing him finish next to me was insane; I couldn’t believe I got it over him at first.”