After the relative calm of practice day on Tuesday, the energy levels at Launceston BMX Club stepped up a notch on Wednesday, with more than 750 riders competing across all categories in the AusCycling BMX National Round 6.

As expected, the cream also began rising to the top in the main categories. Saya Sakakibara won all three of her motos on the way to the final and National Cup leader Teya Rufus won two motos, while Des’ree Barnes and Gemma-Lee Thomas also performed well through the preliminary rounds.

In the final, Sakakibara led from start to finish, winning two lengths clear of Des’ree Barnes and Teya Rufus, who was pleased with her result despite admitting she may have left some time out on the track in the final.

“I’m happy with the third, but I don’t think my lap was the best it could have been. I definitely messed up my third straight a bit. I had some good laps in the motos, and definitely put down some smooth laps, and felt pretty strong going into the final,” Rufus said.

With no races on the card tomorrow, Rufus’ focus has shifted to the 16 Girls national championship on Friday and Superclass on Saturday. 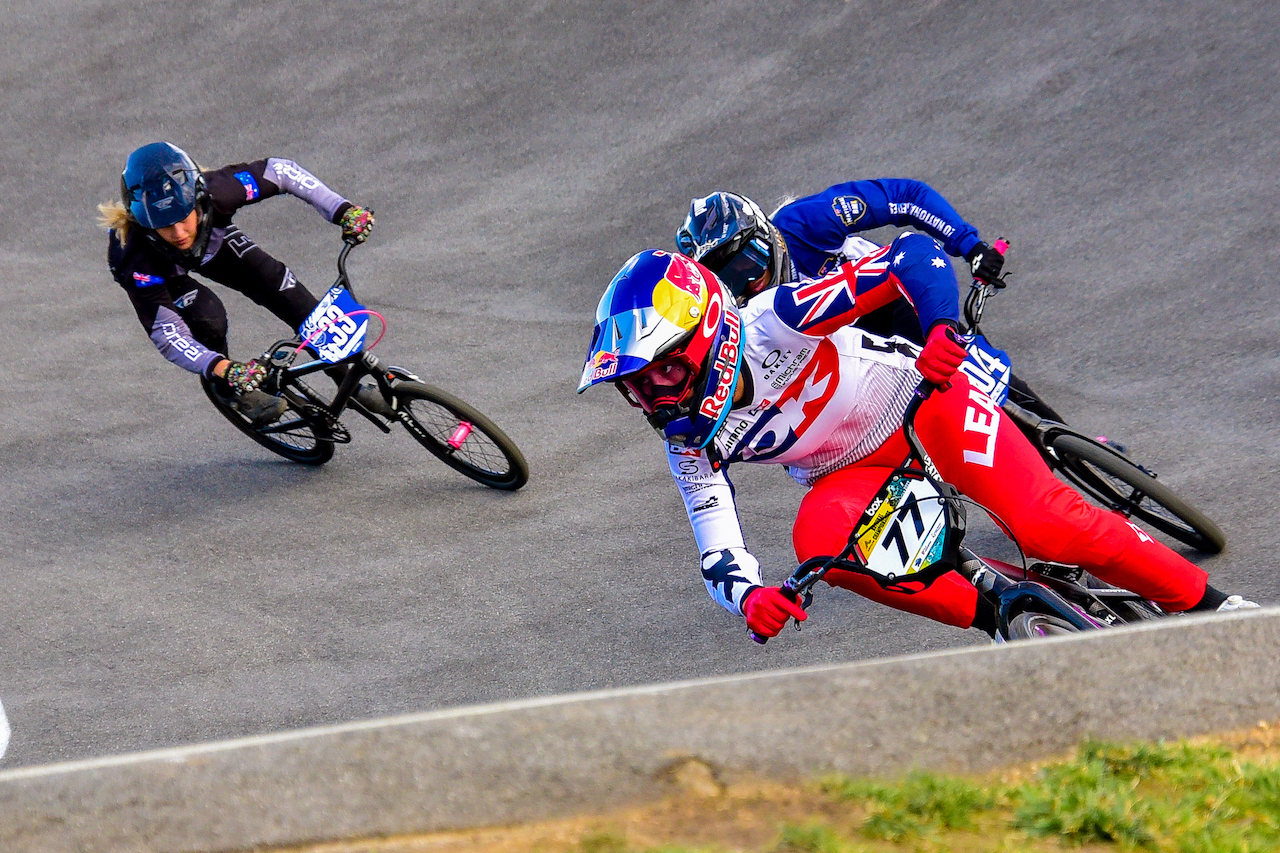 In Superclass Men, Matt Krasevskis, Andrew Hughes, Bodi Turner, and Jesse Asmus all claimed two motos on the way to the semis, and all four progressed through to the final, who were joined by Max Cairns, Josh Jolly, Hayden Fletcher and Corey Frieswyk.

Just over one-hundredth of a second separated the podium places in an epic final, with Bodi Turner edging out Matt Krasevskis and Hayden Fletcher, and Turner spoke to AusCycling about the closing stages of the race.

“I was all over Hayden’s back wheel, and then put myself into a pretty tricky situation in the last corner on the outside of him. I was just hoping he was going to be friendly, which he was. But I just come out of that turn, and he left me just enough room to get past,” Turner said.

“Then I saw Matt swooped under and by the time I lunged at the finish I felt I had Hayden, but I just couldn’t tell where Matt was, so I wasn’t too sure, but got there by 0.005.” 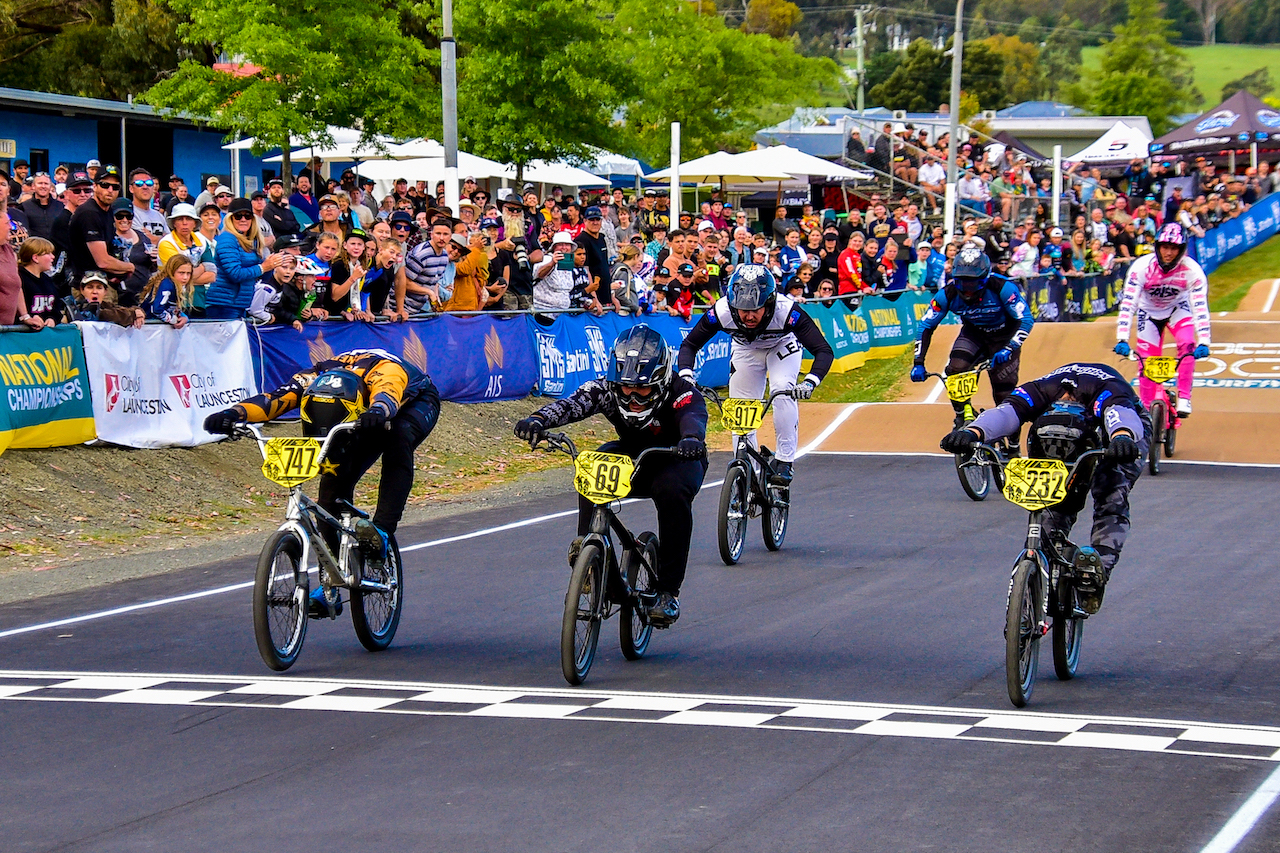 The result has also given Turner a confidence boost going into the remaining races over the weekend.

“Fortunately, we have this event today to get a feel for how the track races, as well as where we’re at, and all day I was checking times to see how I’m going, and the result today just helps give me the confidence for sure that I can get out of the gate,” Turner said.

“Because I got a good gate in that final as well, and then also my track speed is good, because I not only caught Hayden through that third straight but was also able to pedal to the line and that fitness was there.”

The Australian championship events continue tomorrow, with Elite categories fighting for the Elite National Champion title. Thursday also features our stars of the future in Mini Wheelers and Sprockets.