Young road cyclists from New South Wales have made the most of a home-ground advantage, winning more than half of all events in their first junior national championships since 2019.

The 2022 AusCycling Masters and Junior Road National Championships were held in Wollongong this week, with titles awarded in the time trial, criterium and road race.

NSW competitors won seven out of the 12 junior titles on offer, including a podium sweep in one of the criteriums. 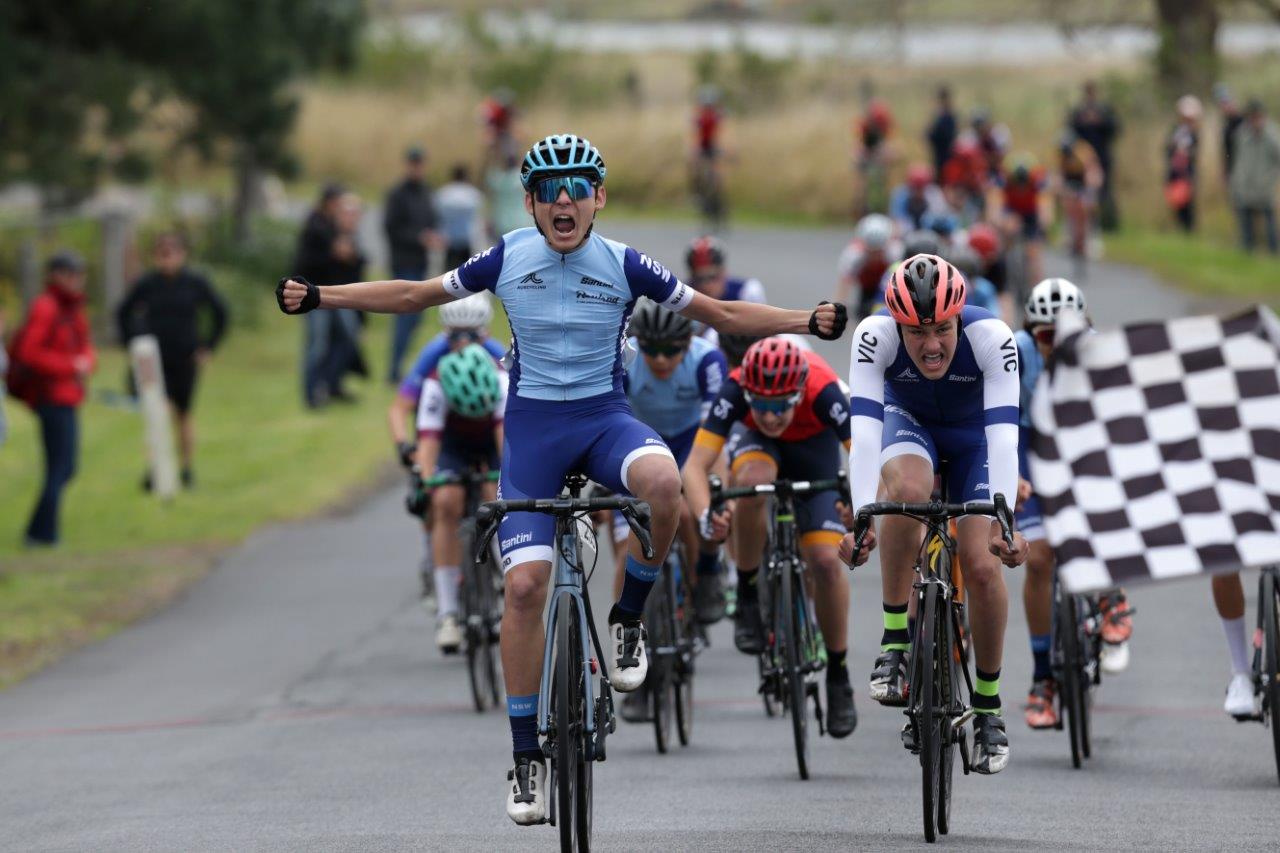 On Tuesday, Cooper Finkbeiner (St George CC) set the tone by taking out the under-15 men’s time trial, before local rider Nathanael Burns (Illawarra CC) won the under-17 men’s event at the top of Mount Keira.

Unfortunately, Burns crashed during Wednesday’s criterium at the new Illawarra Criterium Track and was unable to take part in the rest of the week.

However, his state teammates took up the mantle as Elsie Apps (Goulburn CC) won the under-15 women’s race with a dominant sprint, finishing 10 metres clear of her nearest rival.

It was then a sky-blue trifecta in the under-17 women’s criterium as Ebony Robinson (Bathurst CC) led Anna Dubier (Lidcombe Auburn CC) and Nicole Duncan (Central Coast CC) across the line in the bunch sprint.

Three more national championships went to the home state in Thursday’s road races at Marshall Mount. Elsie Apps doubled up on her national crown, while Ben Coates (Manly Warringah CC) and Nicole Duncan proved the best over the undulating terrain.

Illawarra rider Gabriel Jakobsen said the local knowledge made a difference. “I felt like I was in my home town; I had the advantage. I knew the course, but having people here on the side just cheering on, coming up the hill and around the corners, was quite nice,” he said to WIN News.

The hosts didn’t have it all their way, with Queensland riders picking up two wins while South Australia, Victoria and the ACT scored one title apiece.

“Obviously, that’s got to be one of the best feelings you can get as a rider,” said Eddie Jirovec (Brunswick CC) after pulling on the green-and-gold jersey of under-17 men's criterium national champion.

Jirovec said he enjoyed competing in these national championships with the Victorian state team.

“The team’s been really good. We’re really close and we’ve only gotten closer through the week,” he said. 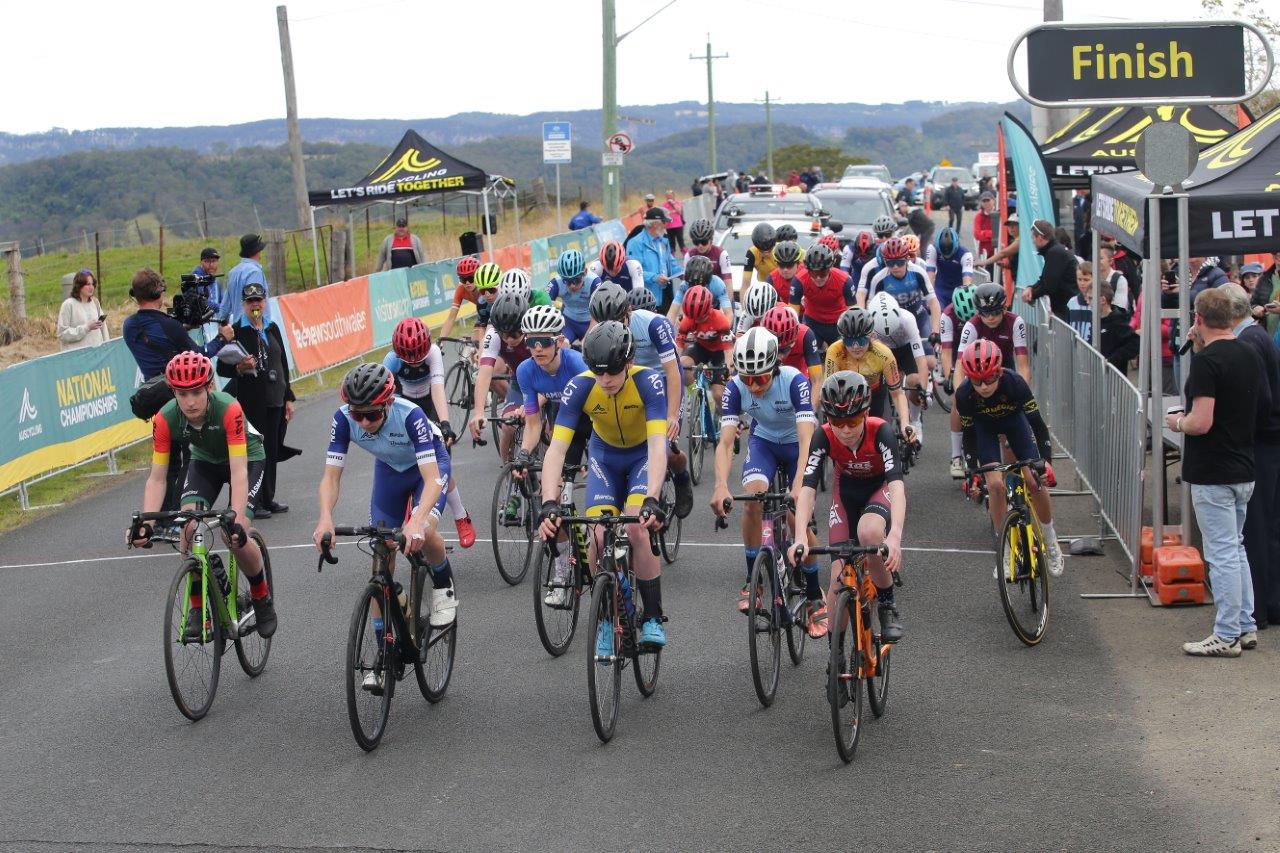 The AusCycling Junior Road National Championships had been slated to take place in Wollongong in 2020 before the global pandemic forced it and the 2021 edition to be cancelled.

Junior riders can compete either as part of their state representative team, or as an individual rider representing their club.