Lucas Plapp has raced aggressively to sixth place in an entertaining men’s road race at the Birmingham 2022 Commonwealth Games on Sunday.

The Melbourne rider was the top finisher of a depleted Australian team after Rohan Dennis and Caleb Ewan withdrew beforehand for medical reasons.

New Zealand’s Aaron Gate sprinted to the win from a select front group after Plapp’s last-gasp attack was reeled in.

Plapp was part of the winning breakaway of 15 riders who escaped about one-third of the way into the 160km race around Warwick, England.

The race started rapidly as multiple nations attempted to eliminate the pre-race favourite, Manx sprinter Mark Cavendish. As attack followed attack, the first three laps of the 16-kilometre circuit were covered at a blistering 49km/h.

The decisive split happened with 110km remaining and the gap began to balloon out to a tired peloton.

In the front group of 15, the England team were content with having three riders, the most of any nation. Joining Plapp were Geraint Thomas (Wales), Aaron Gate (New Zealand), two riders from South Africa, and Cavendish’s Manx teammate Ben Swift.

South Australia’s Miles Scotson was in a chasing group between the break and the peloton. He would eventually finish in 16th place, holding off the main bunch.

After four laps of rolling steadily, Plapp was the first to attack the breakaway with 46km to go.

His move sparked a thrilling finale that saw the leaders land blow after blow over three brutal laps.

England were the primary instigators, using their numbers in Samuel Watson, Fred Wright and Ben Turner to put pressure on their rivals. South Africa also played their cards in alternating fashion with Morne van Niekerk and Daryl Impey.

Twice, Plapp was caught on the wrong side of an unfavourable split and forced to chase hard to close it.

Otherwise, the Brunswick Cycling Club rider was seen either saving his legs at the back of the group, or launching an attack of his own.

In the final 2km, after van Niekerk had chased down another dangerous move, it was 2014 winner Geraint Thomas’s turn to roll the dice, launching a vicious acceleration that forced Turner chase for England.

Plapp then took matters into his own hands with a stinging counter-attack inside the final kilometre.

Unfortunately, England’s Fred Wright dragged four riders back to the wheel of Plapp with 200m remaining. When the sprint started, there was nothing Plapp could do – having already fired his shot – but watch Kiwi track specialist Aaron Gate surge to the Commonwealth title and deny Australia a second consecutive clean sweep of the road cycling events.

HUGE effort from Lucas Plapp, but it's the Kiwi, Aaron Gate across the line first to take his FOURTH gold medal of the games. #B2022 pic.twitter.com/17Axit9Cp9

“We had three fast guys in the team that couldn’t be here. It really did throw a spanner in the works with our strategy,” Plapp said.

“But look, us Aussies, we still put in and we tried to make something happen. We got in the move and we put ourselves in the race like Aussies do.

“I was out there just to throw some bombs and see what went off.” 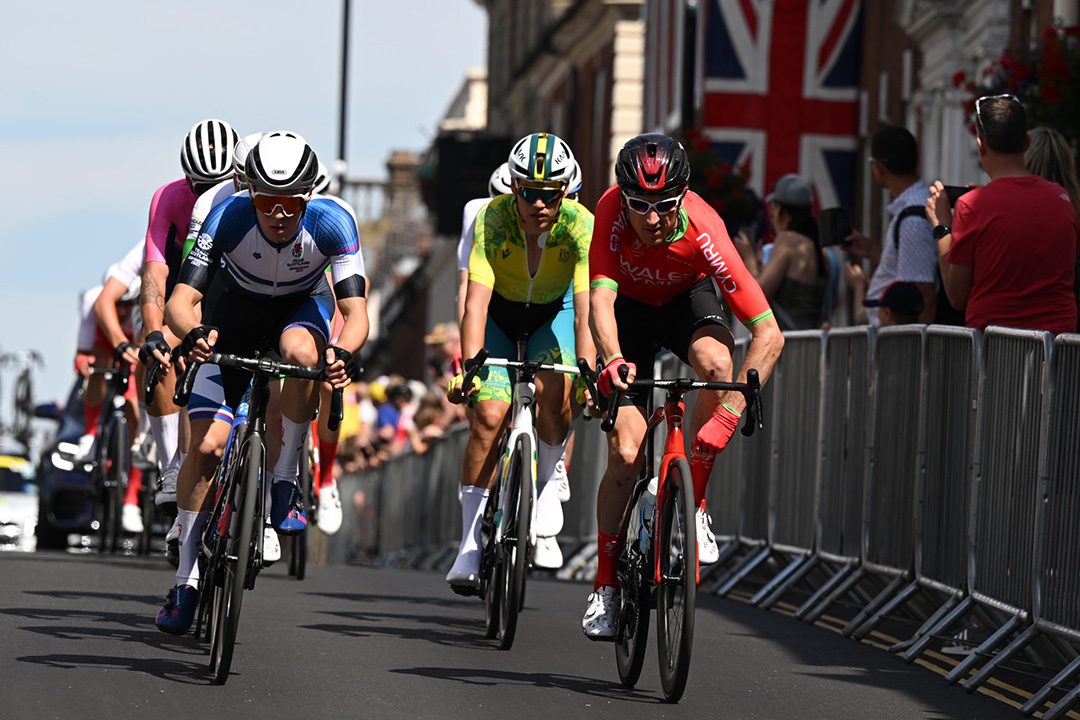 Plapp, who is in his first year as a professional cyclist, was under no illusions of hoping to beat multiple track gold medallist Aaron Gate in a head-to-head sprint.

“We saw last week how fast Gatey was and how strong he was (on the track),” Plapp said.

“I needed some hesitation to try to break away. I tried to go once the the English had tired themselves out, but Gatey’s a class above in speed.”

The 21-year-old had only kind words for the new Commonwealth champion.

“I hope Gatey can find himself a WorldTour team. He deserves to race at the top level and I hope he can get there.”

Australia’s remaining riders, Luke Durbridge and Sam Fox, finished in the peloton after animating the early part of the race.

Australia ends the Birmingham 2022 cycling program on top of the medal table with 11 gold medals, 3 silver and 4 bronze after Georgia Baker won the women's road race earlier in the day.