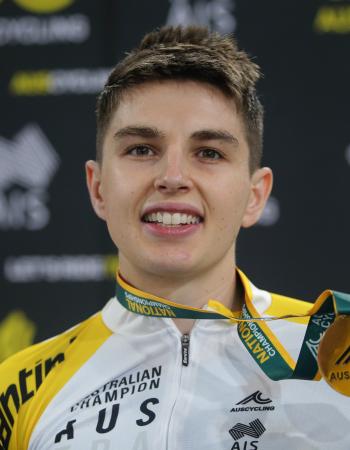 Born with cerebral palsy, Gordon Allan grew up in western Sydney as a keen sportsman. During his school years, he competed in swimming, athletics and football (soccer), even representing Australia at the Football World Championship Under-19.

However, after attending a Paralympics Australia talent day in 2011, Allan was encouraged to take up cycling by Paralympic cyclist Peter Brooks. He joined Parramatta Cycling Club and began training with the Western Sydney Academy of Sport.

After moving to Parklife Cycling Club, Allan claimed his first national championships in 2016 by winning the para-cycling road time trial and road race in Adelaide. However, Allan would enjoy his biggest success on the velodrome over shorter distances.

In 2018, Allan competed made his international debut at the Para-cycling Track World Championships in Rio de Janeiro, where he finished fifth in the C2 1,000m time trial.

In 2019 in Apeldoorn, Allan won a silver medal in that same event – his first podium finish at a World Championships.

In 2020, he added another time trial medal to his cabinet – bronze – at the World Championships in Milton, Canada.

Allan made his Paralympic debut in 2021 when he finished fifth in the C1–3 time trial at the Tokyo Paralympic Games. He also competed in the C1–5 mixed team sprint, finishing ninth.