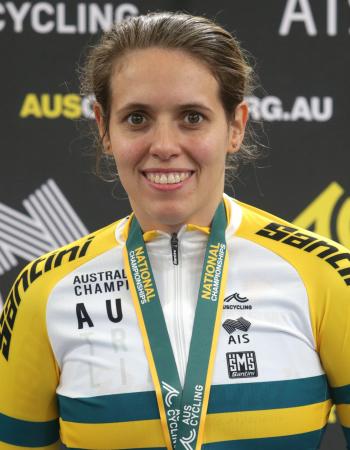 Hailing from the Blue Mountains west of Sydney, Amanda Reid started as a talented short-track speed skater, but her first Paralympic appearance was in swimming at London 2012.

After switching to cycling, Reid won her first international medal at the 2016 UCI Para-cycling Track World Championships in the C2 500m Time Trial.

She followed up with her second Paralympic appearance – albeit in a different sport – taking silver in the C1–3 500m Time Trial at Rio 2016.

In 2021, she confirmed her dominance of her pet event by becoming Paralympic champion in the C1–3 500m Time Trial at Tokyo 2020, lowering the world record to 38.487 seconds. That made the proud Wemba Wemba and Guring-gai woman the first Indigenous Australian to win a Paralympic gold medal in cycling.