AusCycling | ‘The sport means we still spend time together, and we can always come back to it’: BMX Racing bringing dad and daughter together off the track.
BMX Racing

‘The sport means we still spend time together, and we can always come back to it’: BMX Racing bringing dad and daughter together off the track.

While some amazing stories have been written on the track this week in Launceston, a touching story has emerged off it.

18-year-old Charlie Perry and her father Denis are both officiating their very first National Championship as commissaires, and the experience is bringing them closer together at a time when other families their age are drifting apart.

The family’s interest in BMX started in 2013 when both of Denis’s daughters began riding, and rather than sit on the sidelines, Denis decided to get in the saddle himself, joining their local BMX club in Happy Valley in Adelaide.

Aside from the adrenalin rush of racing, it was the social aspect of the sport that initially attracted both Charlie and Denis to BMX racing.

“I think it’s a great sport all round. Just a great atmosphere, making great friends on and off the track, and I think it’s just a great family environment,” Denis said, a point corroborated by his daughter.

“The atmosphere is fantastic, it’s just really fun to be around here and all the people that we’ve grown up with. It’s just fun to be there.”

Unfortunately, Charlie’s enthusiasm for riding came to a premature end a few years ago following a serious crash, while Denis’s riding days also ended due to a spate of injuries.

Denis’s love for the sport couldn’t be quelled however, and not wanting to give the sport away, he sought another way to stay involved.

“I couldn’t keep riding anymore, and we were short volunteers a lot for club and state stuff, so I just started putting my hand up one day and said, ‘Hey, do you want some help?’ and it just progressed from then,” Denis said.

“I just fell in to love with learning all the rules and regulations, and it became a huge passion for me.” 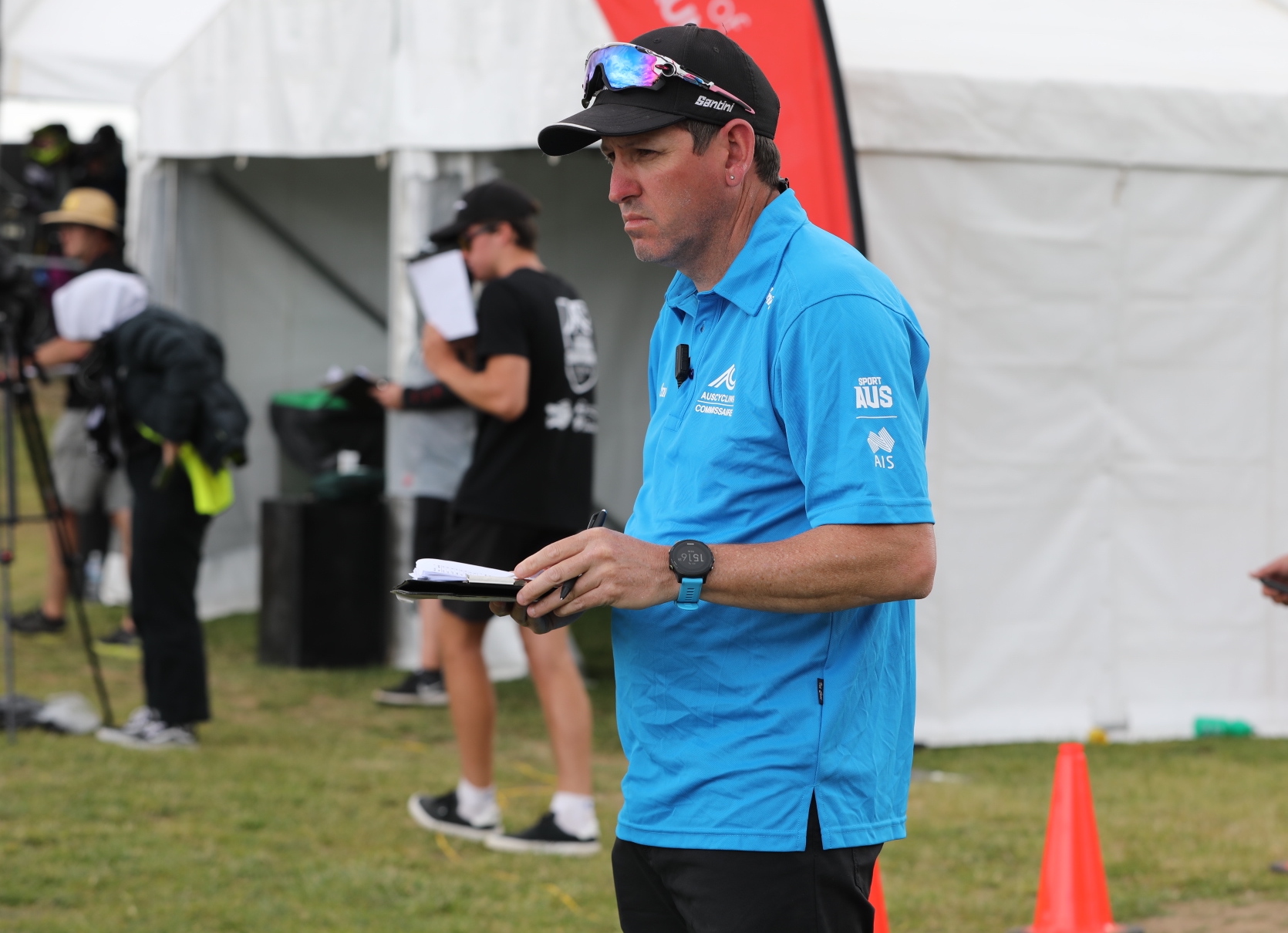 Watching her father stay involved with the BMX Racing community caught Charlie’s interest, and she figured she could also get back into the sport she loved without having to race.

“I do look at the race differently. The different views of riders versus officials, it’s really different. And making new friends and learning new things and travelling around Australia so far has been fantastic.” 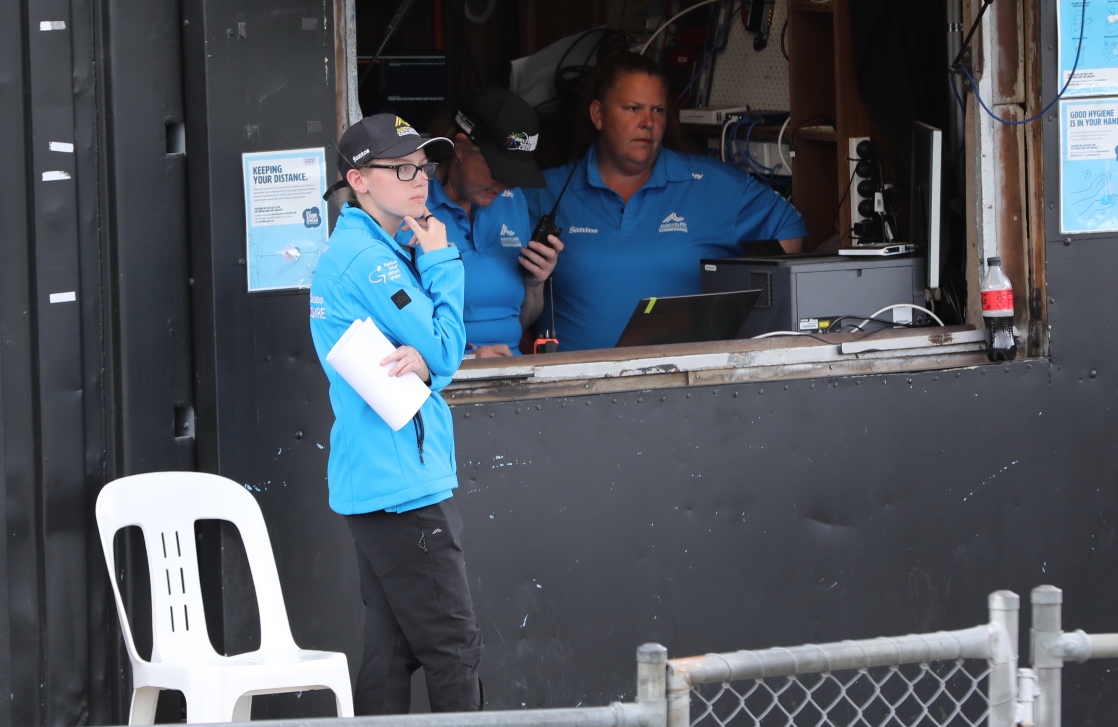 Denis also revealed how officiating together had brought them together when there was a natural tendency for some families to drift apart.

“I love travelling, and having some quality time together this year while being around to all the state rounds, it’s just enjoyable. She’s finished year 12 now, so she’s going to start drifting off, and this is something we can come together and do together and have this sort of family bonding. I really enjoy it,” Denis said.

“I’m extremely proud of everything that Charlie’s done throughout this time. She’s got a major goal to go to the Olympics in 2032, and that’s what her eyes are set on. I’m just going along for the ride and enjoying being part of that.”

Charlie agreed that officiating had bonded the family together, but also said having dad around had its own advantages.

“He’s always around when I need some money for the canteen [laughs]. But as dad said, family’s kind of drift apart at this age, so the sport means we still spend some time together and we can always come back to it.”

The teenager has plans to work and save money to officiate at different BMX events next year, and with her friends finding interest in the sport through her role as a commissaire, Charlie appeals to anyone with an interest in officiating to give it a shot.

“Just have a go at it. There’s not that many people my age officiating in the sport, so if you see me around, just ask questions. Have a go at club events and go for it. If you like it, you can do it, and you can stay in the community, stay in the sport, and it’s fantastic,” she said.

“I’ve made new friends in the sport. It’s a really big community, and we all have a lot of love for each other. It’s really good.”

In today’s major results, as expected Josh Jolly and Teya Rufus claimed the 16 Boys and Girls National Championship respectively. Mitchell Burke and Jess McCormack took out their 17-24 categories, while Chris Lathwell and Kesia Savill were victorious in the 25-29 categories.

The final day of racing takes place on Saturday, with Superclass, Junior Superclass, and cruiser titles to be decided tomorrow, along with the first national championships in the world of Para BMX.