The 21-year-old Victorian has enjoyed a successful European summer of racing over the past several months with Team BridgeLane and the Australian Cycling Team, which included a second-place finish at Stage 4 of the highly touted Tour de l'Avenir and consistent top-10 finishes at A Travers les Hauts.

Plowright was also a member of the 2021 UCI Road World Championships Australian under-23 team in Flanders, Belgium last month.

La Conti Groupama-FDJ has proven to be a premier stepping stone to UCI WorldTour ranks for under-23 riders in recent years, with four of the team’s 2021 roster making the leap to the top tier of professional cycling in 2022.

Plowright said the move to La Conti Groupama-FDJ was “a big step forward” for his burgeoning career.

“Even though I’m on a conti team now it’s a big step forward to move overseas for a full European season,” he said from Spain.

“On an international team as well, it’s going to be a big challenge with the language barrier and the setup.”

The 2021 Melbourne to Warrnambool Cycling Classic winner said there were other teams interested in grabbing his signature for 2022, but ultimately the lure of Groupama-FDJ's development team couldn’t be passed up.

“The setup there is so good, their development team has been running for a long time so that was the biggest persuader,” he said.

“They’ve got accommodation in Besançon, eastern France, that just makes it really easy – it's just above the service course so as far as moving overseas it’s the best way to do it. They do really good races too.

“Tour de l'Avenir was definitely the biggest persuader for them (FDJ) to approach me.”

The Hawthorn Cycling Club product hopes to return to Australia next month for the summer of cycling, before returning to France in mid-February for a training camp.

Plowright’s French transfer will mark a slight shift in focus for the talented sprinter, who based himself out of Australian Cycling Team’s Adelaide base for most of this year as part of the Podium Potential Academy (PPA).

The reigning points, omnium and team pursuit track national champion said he still holds ambitions to continue on the track despite the impending move to France. 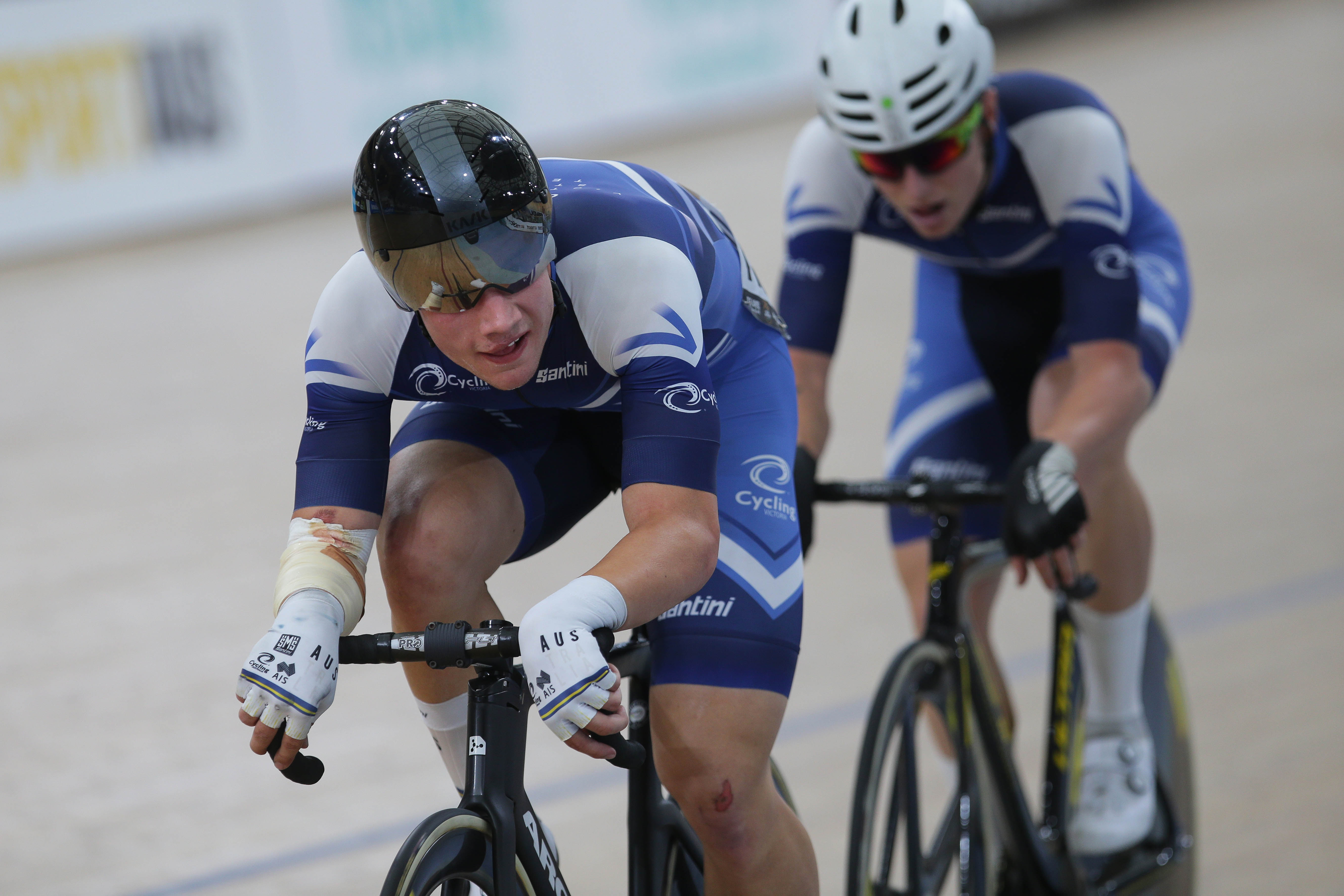 “Hopefully I keep going with the track, PPA are still happy to have me - we’ve really got to look at the two calendars and line them up to see what I can do and prepare for properly,” he said.

“There will be opportunities on the track and sometimes I might have to favour the road but I’m really hoping to tick both boxes.”

Plowright is one of three new recruits to the La Conti Groupama-FDJ squad next year alongside British talents Finlay Pickering and Samuel Watson.

La Conti Groupama-FDJ manager Jerome Gannat said the goal for the team was to attract the best cyclists in the world.

“We welcome two Britons and an Australian, which shows that we are attractive internationally. I think for them, riders like Jake Stewart and Lewis Askey are examples,” he said. 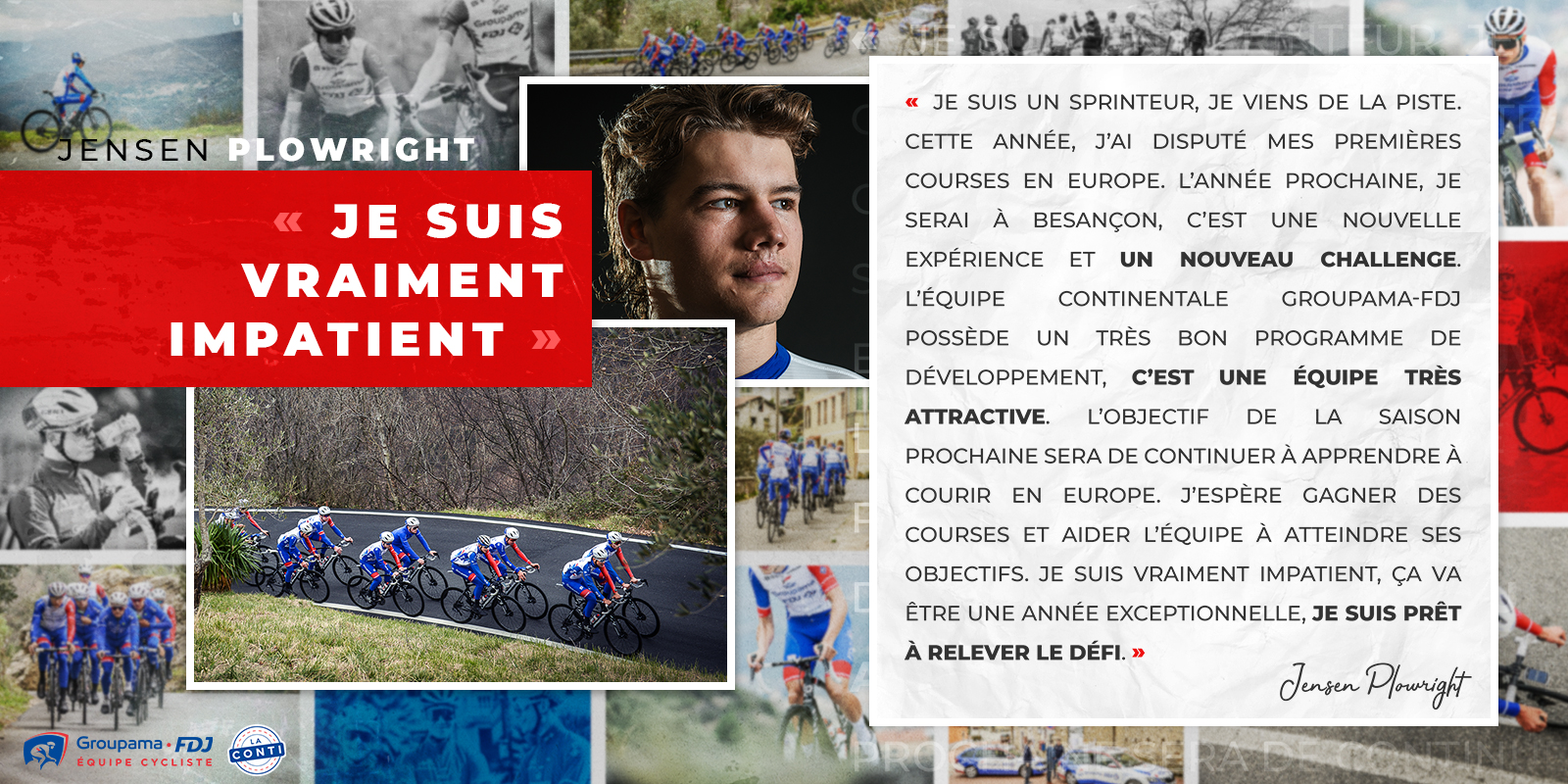 “Jensen Plowright, for his part, is a pure sprinter, we want to see him evolve with a team around him.

“Let’s work with new young people to give them as many keys as possible for the future. These are challenges that motivate us.”