Ride Nation’s Bikes for Schools program continues to thrive with the latest collaboration set to bring a bike library a month to Maitland BMX Club, which the club will house for schools in the area. This is all thanks to a social enterprise from the heart of Sydney called Revolve ReCYCLING

Ride Nation, AusCycling’s dedicated participation brand, is on a mission to ensure every Australian child has access to bike education. This starts with students having equitable access to bikes in their community. Through the generous support of the Rapha Foundation, the Bikes for Schools program was developed. 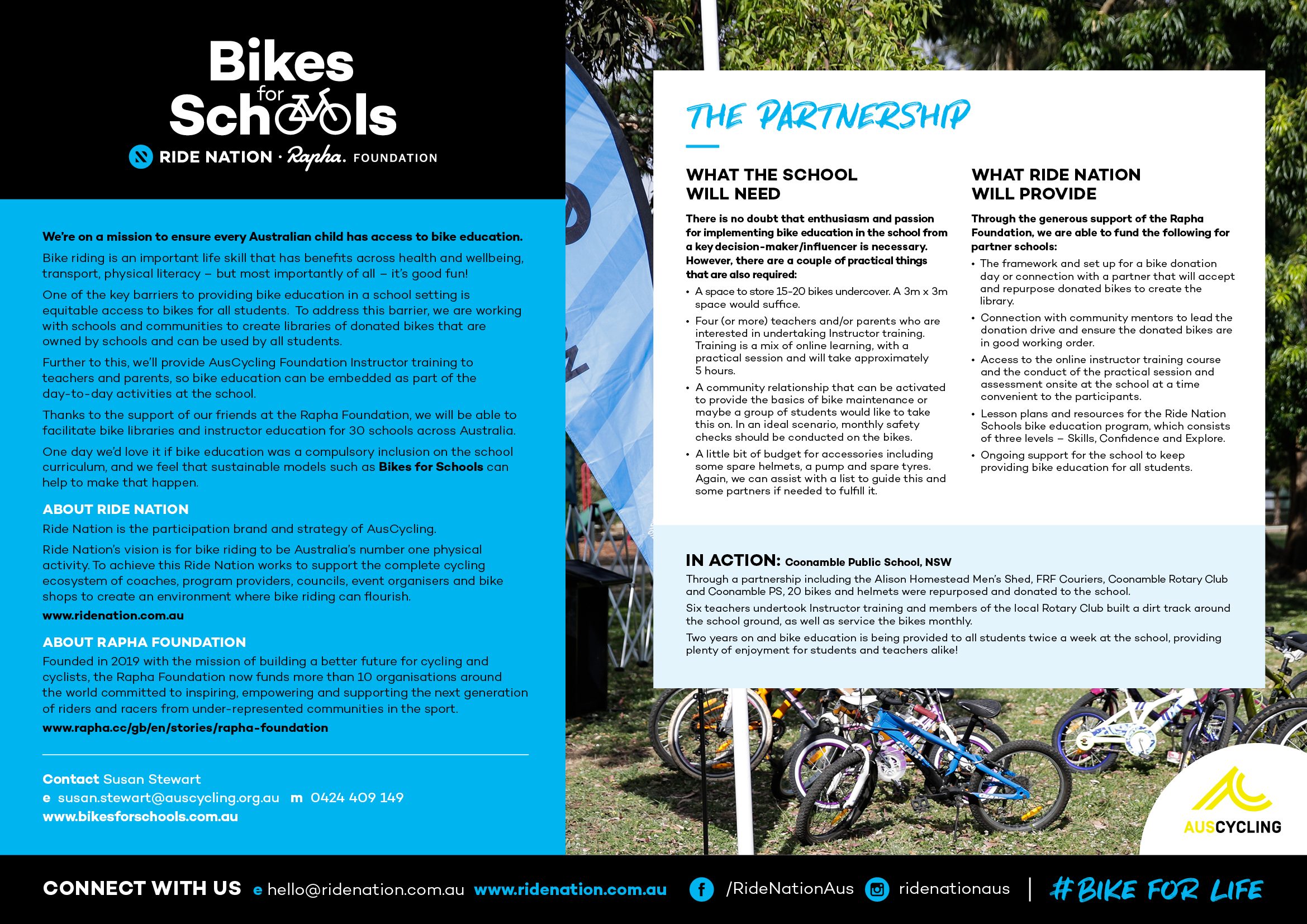 Since its inception, the program has continued to grow, including a successful pilot program in Coonamble, NSW.

The focus of the program is finding a school to participate in the program and supplying enough safe, workable bikes for kids in the area to use as part of a bike education program.

This is where a Sydney startup, Revolve ReCYCLING, has put up its hand to help.

Pete Shmigel, previously a CEO of the Australian Council of Recyclers and Lifeline Australia, founded the company when he saw a gap in the reuse and recycling of bikes.

Schmigel found Guido Verbist, who has been involved in social-environmental changes his whole life and together, they were enticed by the idea to divert all bikes from heading to the landfill and try to reuse and recycle all these bikes.

“We did surveys and research on the potential of this idea and how to set up this business model. We discovered that 30,000 bikes are sitting in sheds and basements across metropolitan Sydney,” Verbist said.

“On a weekly basis now, we get 50 bikes dropped off or collected that we repurpose and then redeploy however a big portion of these bikes are ’kids bikes, which from a redeployment standpoint is not cost-effective.”

With this surplus of kids' bikes, the team at Revolve ReCYCLING went searching for programs and initiatives to which they could donate kids' bikes towards.

Enter Ride Nation and its Bikes for Schools Program.

A challenge of the program is creating a relationship with a school or a community. Fortunately, Melissa Ott of Maitland Tenambit BMX Club overheard this opportunity and jumped at it.

“It was meant to be trialled in a metropolitan area but I suggested a regional area and from there it gained momentum,” Ott said.

“We’re a pretty unique club as we draw riders from as far north as Taree and as far west as Tamworth and we’ve been talking to schools in that area and have three interested. So hopefully, they pick it up positively and run with it.”

The first drop off bikes took place last Friday, with the club and Revolve ReCYCLING thrilled with the first delivery. Each month, 30 bikes will be donated to a new library.

The club will house all the bikes and then distribute them to schools in the area with Revolve ReCYCLING assisting with any issues with the bikes.

To learn more about the Bikes for Schools Program, click here.

If you have an old bike sitting at home or in your garage and want to get rid of it, check out Revolve ReCYCLING. 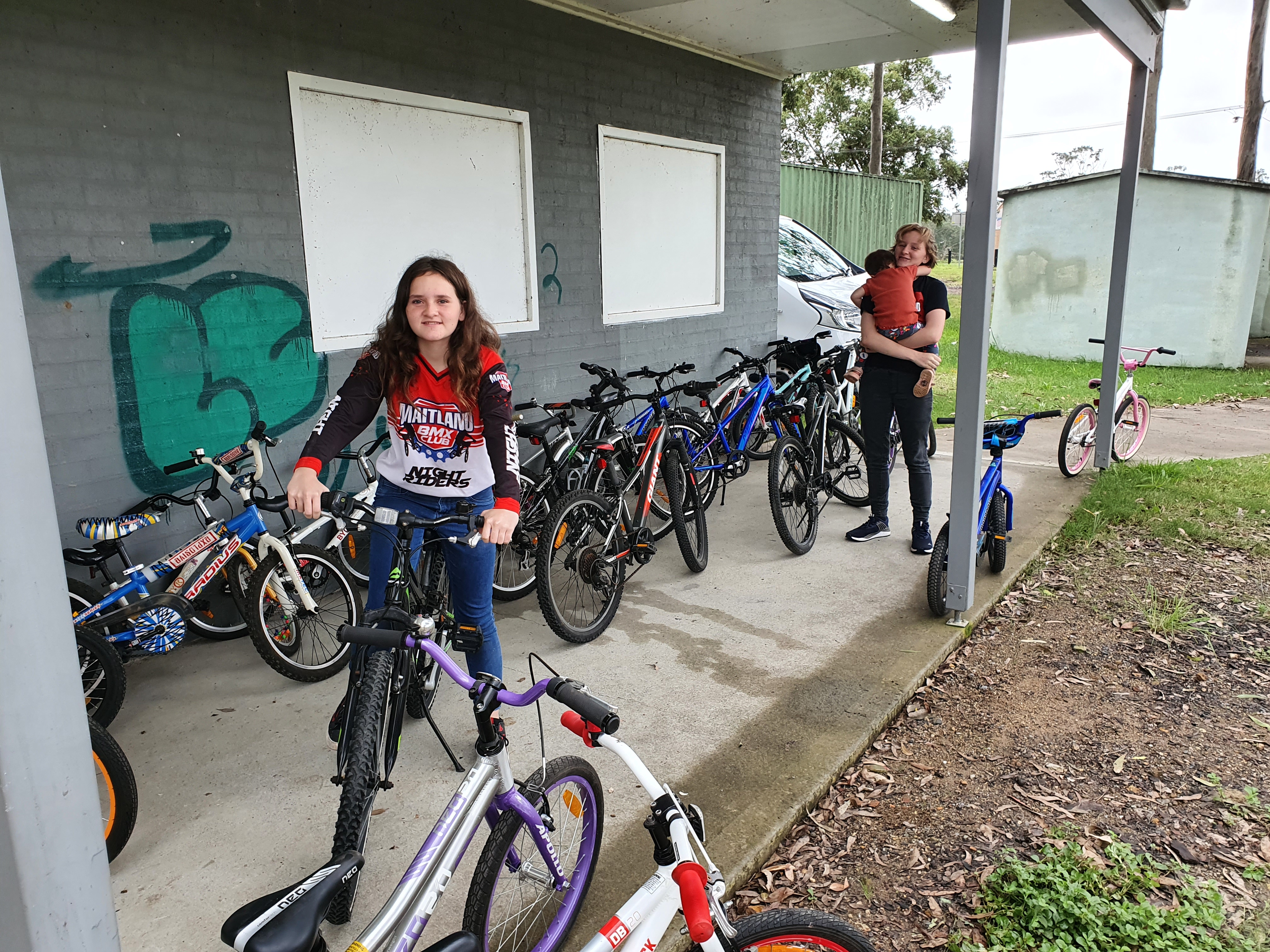