The Aussie Duo Making Their Mark on the USA BMX Scene

Josh McLean and Jordan Callum continue to make their mark on the USA BMX scene, dropping impressive results all over the country in the lead up to the USA Grands at the end of the year.

At age 23, McLean sits second on the USA BMX National leaderboard ahead of 2016 Olympic Gold medallist Connor Fields, and only a few points behind three-time national champion Joris Daudet. It has been a sensational year for the fully-fledged Floridan, with four wins and four second-place finishes.

"There are things I wish I did more of but even if I don't win the title, to be 23 and battling with Joris, who's older than me and going for his fourth title is an awesome experience, especially with the field of riders in the sport now," McLean said.

"This is the best year I've ever had, four wins and four seconds, but as an athlete, I always want more and am always super picky."

McLean packed up his belongings and officially moved to the United States of America at the start of 2020. Since then, the Victorian has continued to improve his racing but says the little things that he's changed in his mindset have the biggest difference in his racing.

"I think just having that self-confidence and true self-belief in myself is what clicked," McLean said on his year so far. 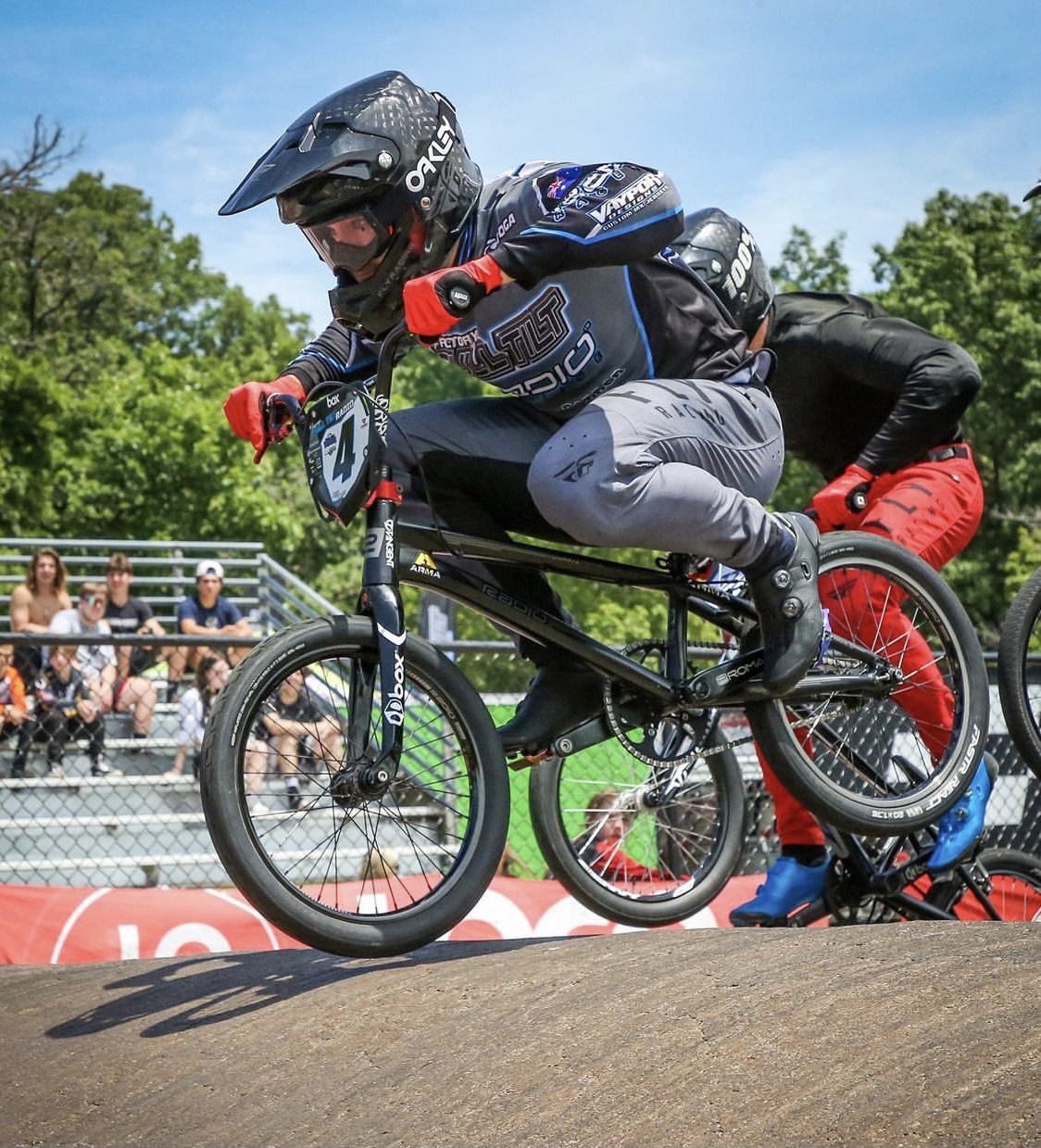 Callum, like McLean, enjoys being thrown in the deep end as it provides the ideal environment to learn and develop. The 16-year-old began his year at home in Western Australia, taking out the opening WA BMX State Series round at Southern Districts BMX club and partaking in a handful of domestic events before jetting off to the States to chase his dream.

"The level of competition here is so much higher as they didn't stop for COVID. The tracks are so different, every track is all power and super flat, if you don't get out on that first straight, it's hard to recover," Callum said.

The former World Champion in the 14 boys has taken nine wins from eleven races and thoroughly enjoys testing himself week in and week out as he sees it as the best way to mature.

"I've been pushing myself a lot in the last few years, going off my first 8M hill only last year and then racing with the big guys at Shepparton. I didn't feel so out of the water," Callum said on his year thus far.

"Being selected for the Junior Elite Men's team for the World Championships even though I couldn't go and taking out the Junior Men's race in Louisville, Kentucky have been the best moments of the year so far." 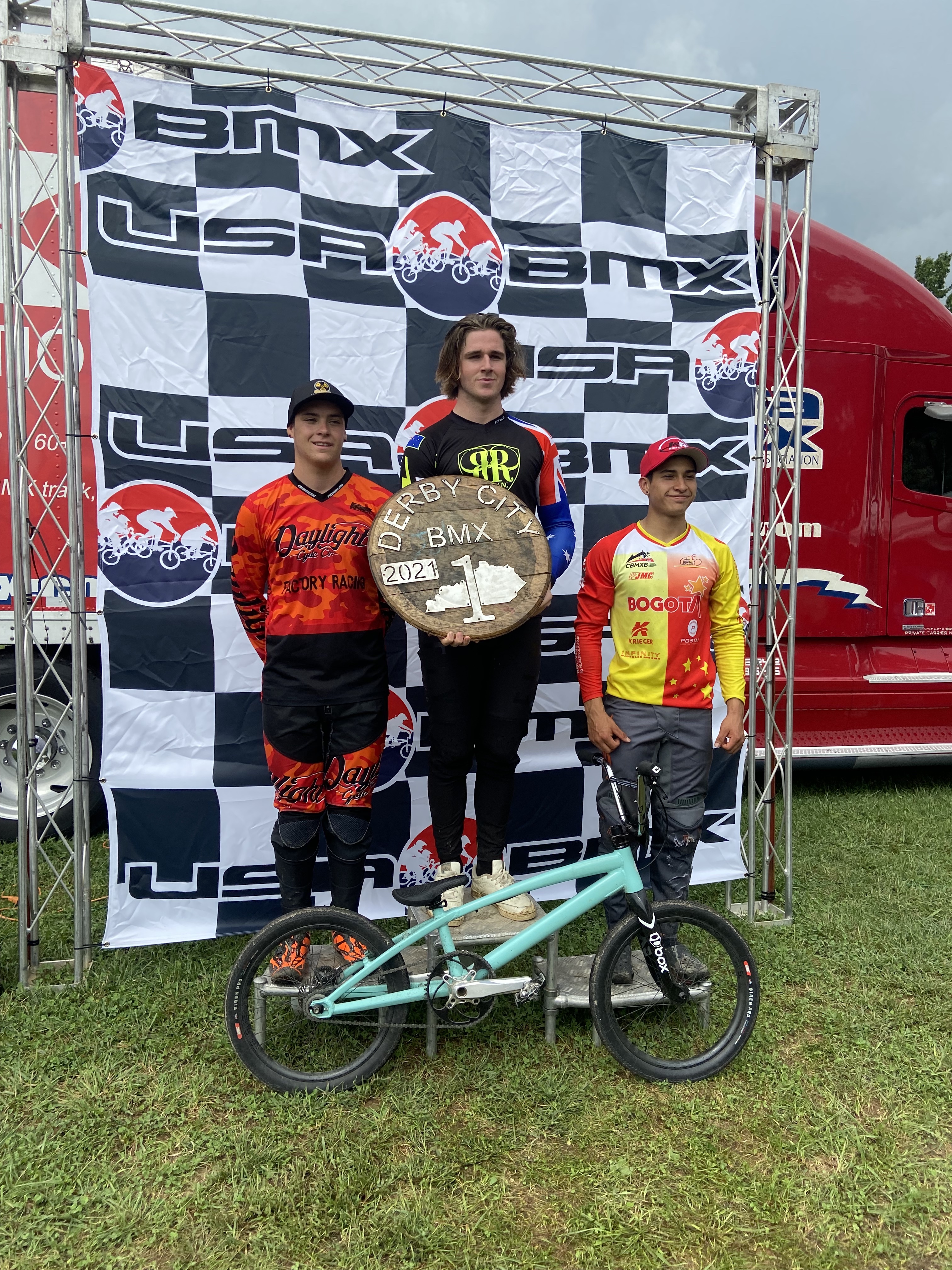 Both riders began their BMX journey at a young age at their local clubs, with McLean starting at Mackay BMX before moving to his current home club, Knox BMX.

"I got into the sport when I was six, my brother did it first and my parents were waiting to see if it was for him before I got a bike. Eventually, my aunt was the one who went down to Toys R US and said here you go, now get down to the track," McLean said on his introduction to BMX. 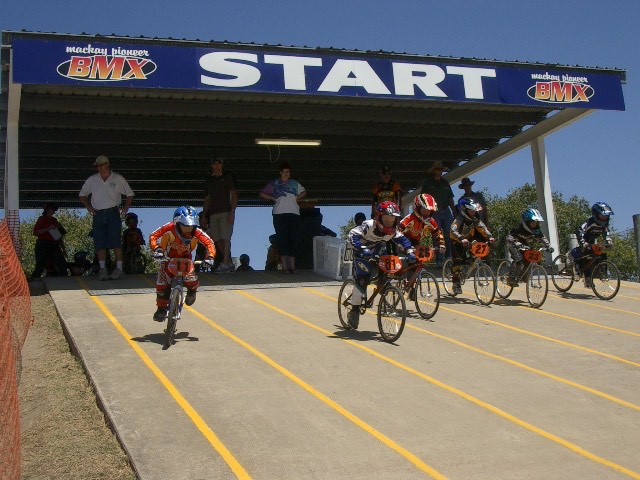 "When we moved to Victoria, Knox BMX became my club. It's pretty cool, I still hold the record at the track and it was awesome to break the record and then a year later, break it again!"

On the other side of the country, Callum grew up in Tom Price, a small mining town fifteen hours north of Perth.

"The mine manager across the road was having a garage sale and there were two bikes, one helmet and two sets of gear for 200 bucks, we bought it and then the next week, my brother I went to the come and try day at Tom Price BMX club," Callum said. 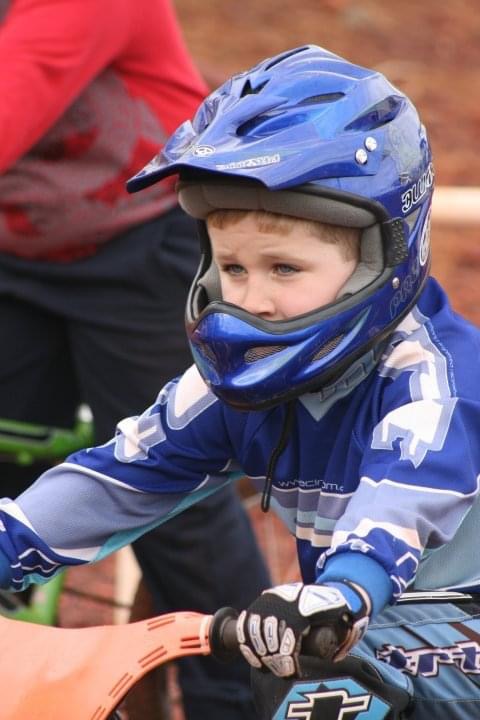 A key influence on Callum's BMX career from the age of five is well-renowned coach and former professional Jade McPherson. McPherson has been coaching Callum for over ten years and has seen firsthand the development of Callum on and off the track.

"He's gone from a little chubby kid doing laps of a BMX track to a kid that every time he sees some form of challenge, he wants to beat it.” McPherson said on Callum's progression.

"He's always been one of those kids who wants to take it to the highest level and has showed this in his training and racing, so all we did was pour some fuel on it and let Jordan do the rest." 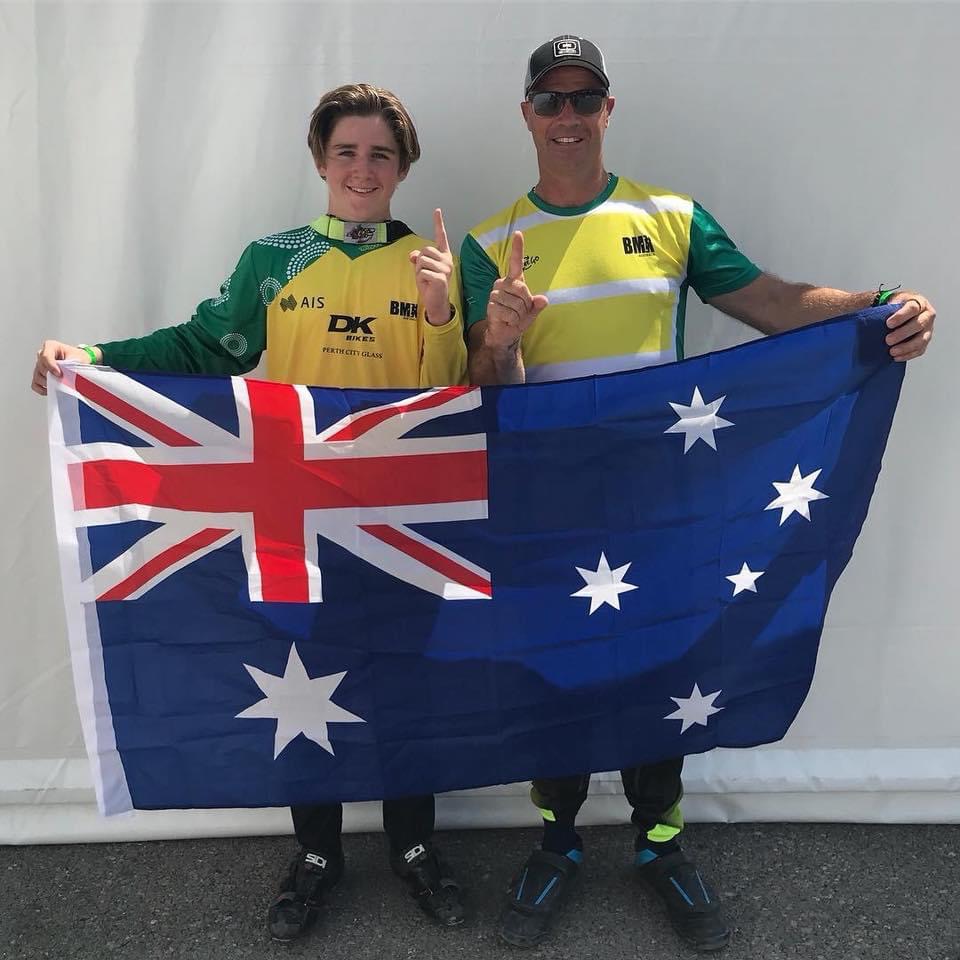 With only a handful of events left on the National schedule, both riders have their sights set on one more National round in Houston before the USA Grands in Tulsa, Oklahoma. McLean scored a first main win in last year's Grands, surprising the competition but will be eager to battle it out to the end this year.

"One weekend of racing in Houston left, last chance to change any points and then it's Grands, in just nine weeks it's all decided," McLean said.

"Grands is always challenging as you never know who's coming from overseas until the last minute. Any international rider could show up and you don't realise they are there until practice,

"I should be top 3 by the end of the year and then I'll focus on next year. I've got a plan for the next few years, now all I need to do is execute it." 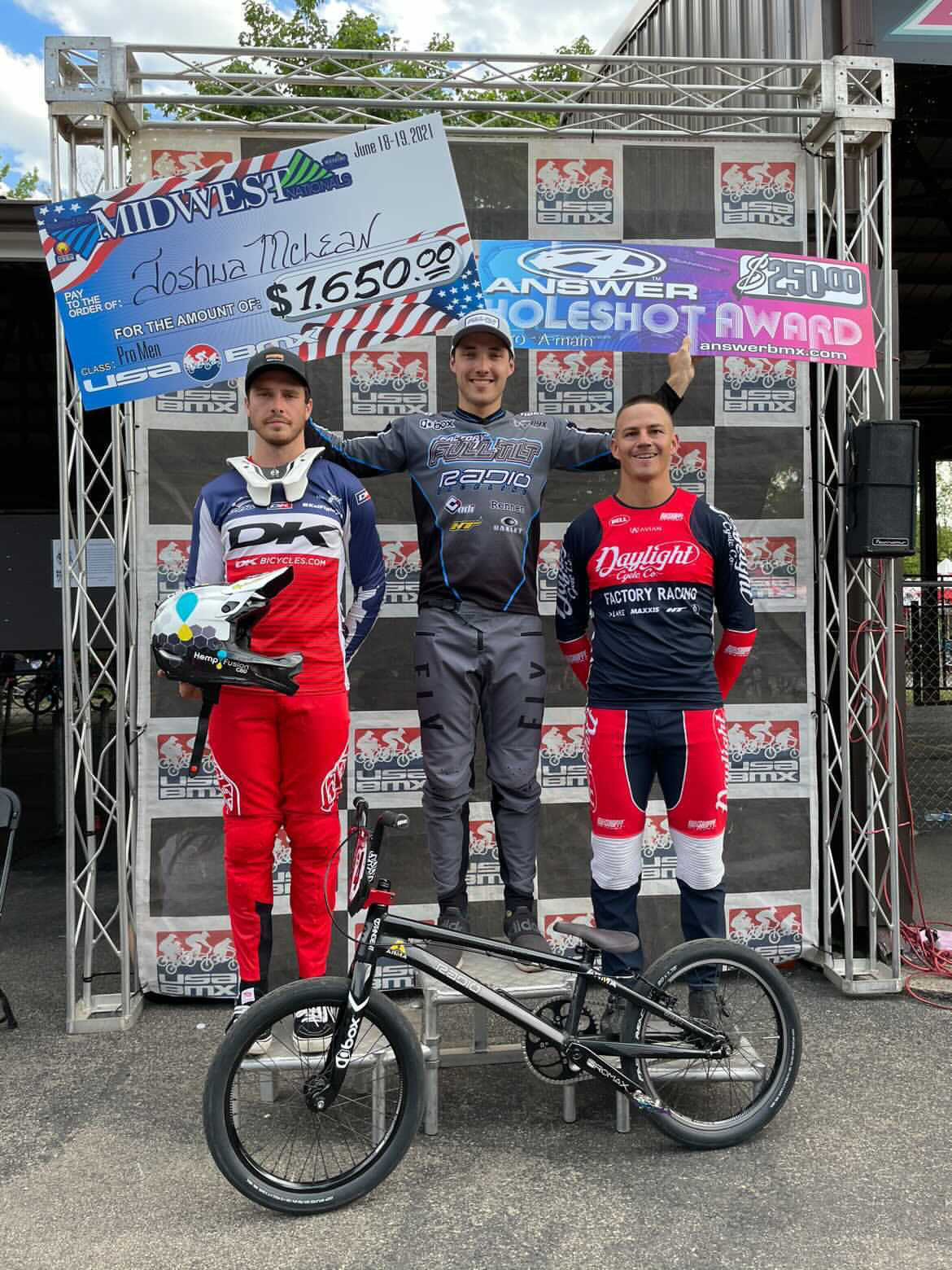 Callum has adjusted well, and the 2019 Sam Willoughby Medal winner has pushed himself into the mix for the 17-20 Expert age group and is a strong chance at the USA Grands in Tulsa.

"I didn't have any achievement goals for racing in America, it was all about getting my feet wet in the racing scene but now I'm a good chance at Grands, it's not a focus to win but all about trying to better myself,” Callum stated on his ambitions for the rest of the year.

"From now until November, it's back in the kitchen and cooking up for Grands." 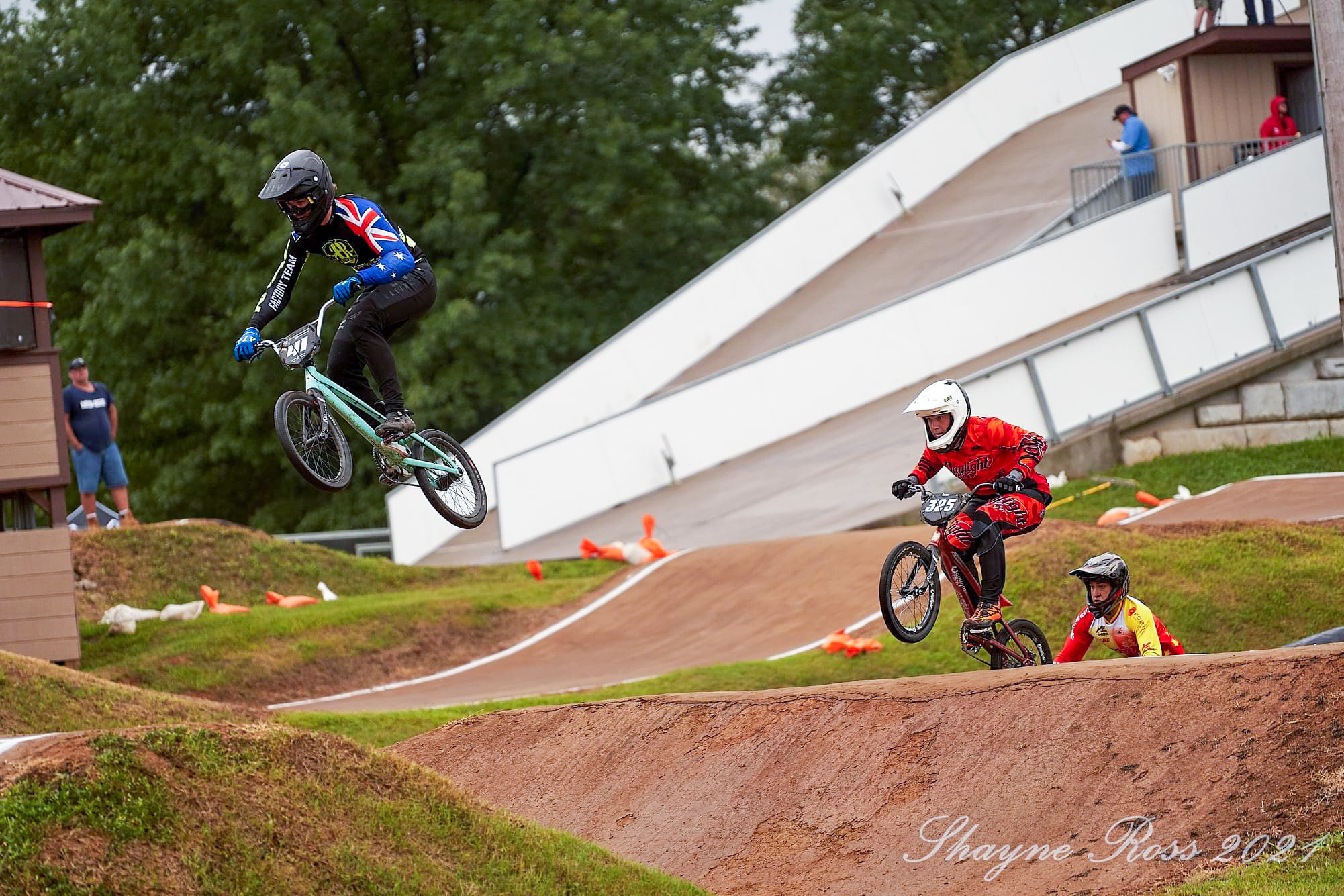