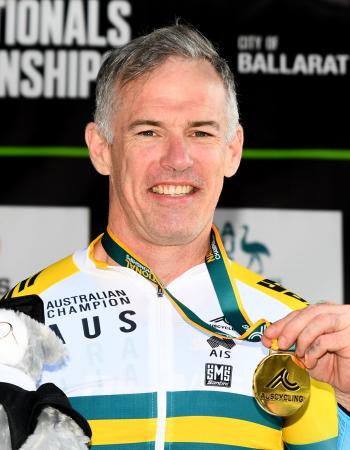 In 2014, Stuart Jones was cycling to work when a motor vehicle accident left him with spinal injury and no movement on one side of his body. Despite being told he would never walk again, a determined Jones not only learnt to walk, but also cycle again using a recumbent tricycle.

During rehabilitation, the Newcastle-based rider set himself the goal of becoming a world-class para-cyclist.

He competed at the 2017 Para-cycling Road National Championships, winning gold in the T2 time trial – the first of many national titles.

2019 was a year of rapid progression, as Jones won two bronze medals at UCI World Cup level before winning the silver medal at the World Championships in Emmen.

Jones made his Paralympic debut at the 2020 Tokyo Paralympic Games, where he finished fifth in the T1-2 road time trial and eighth in the road race.

However, Jones earned his greatest plaudits not from his results, but from a beautiful act of sportsmanship; he made national headlines for slowing down in his race to encourage South African para-cyclist Toni Mould, who had appeared to be struggling in the heavy rain during the women’s road race.

Now a member of Newcastle Hunter Cycling Club, Jones has served in the Australian Army and is pursuing a career in law.