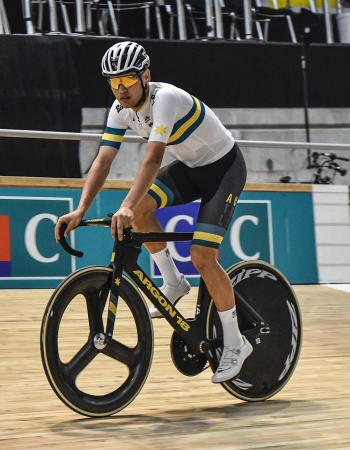 Melbourne’s Luke Plapp started cycling at the age of 12 as a form of exercise to support his cricket and football aspirations.

Plapp then celebrated dual junior (under-19) world titles in the points race and in the Madison (with Blake Quick).

Plapp made his UCI Track Cycling World Cup debut at Round 4 the 2019-20 season in New Zealand, before winning gold in Round 5 in Brisbane.

​He opened 2020 with gold in the under-23 individual time trial at the Road National Championships.

Plapp received a late call up to the Australian Cycling Team for the 2020 World Championships after Kelland O’Brien broke his collarbone. In Berlin, he finished fourth in the team pursuit (with Sam Welsford, Alexander Porter, Cameron Scott and Leigh Howard) and was thirteenth in the individual pursuit.

Plapp bolted into the Tokyo Olympics squad, winning bronze in the men's team pursuit with Porter, O'Brien, Howard and Welsford.

The young star added a second elite national championship to his tally in 2022 in the road race, winning during his first outing as a neo-pro for INEOS Grenadiers.