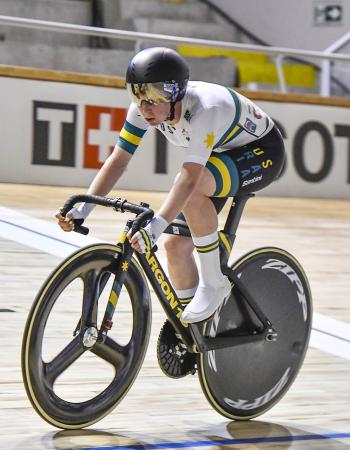 Hailing from Kalgoorlie, Western Australia, Manly later moved to Adelaide in her youth.

She took up cycling through the South Australian Sports Institute (SASI) talent identification program when she was 14.

A track endurance member of the Australian Cycling Team, since 2015 Manly has also ridden on the road for various iterations of Team BikeExchange-Jayco

Manly claimed a number of junior Oceania and national crowns across 2012-2014, and punctuated her exit from the junior ranks with under 19 world titles in the team pursuit and individual pursuit in 2014.

In her elite debut season in 2015, Manly claimed Track World Cup gold in the team pursuit, and just a few year later added two road national titles to her resume in 2018 after winning the time trial and road race.

Manly teamed with Ashlee Ankudinoff, Amy Cure and Annette Edmondson to take the honours on home soil in the team pursuit at the 2018 Gold Coast Commonwealth Games.

Manly's dream of competing at the Olympic Games was realised in 2021 in Tokyo.