Two Australian Masters cyclists have battled rain, snow and equipment woes to reach the podium of the 2021 UCI Gran Fondo World Championships in Bosnia and Herzegovina.

The duo happened to be in Europe on business. They seized the opportunity to contest the individual time trial and road race in Istočno Sarajevo (East Sarajevo), having qualified at the Federation University Road National Championships in January.

In the individual time trial, Nelson rode superbly to take the world title in the men’s 60-64 category. The Victorian completed the 20.7km out-and-back course in 28:50 to win the rainbow bands. His average speed of 40km/h meant he put nearly half a minute into his nearest rival.

Despite competing on an ill-fitting rental bike, Cull rode a time of 30:23 to secure bronze in the men’s 65-69 category.

“The Bosnians sure know how to turn on tough racing. The TT was 20km of rough and broken pavement on hilly terrain,” said Cull.

“There was just not enough time to get the bike properly sorted before the race. I did ride the course once, but not with the proper set up and not at full gas. So, a podium was a happy surprise,” he said.

However, the week’s biggest challenge was yet to come. Saturday’s road races took place in freezing conditions, starting in rain and finishing at 0℃ amid snowfall at an alpine ski resort. The extreme weather, labelled “epic” by organisers, forced the race to be shortened from 100km to 66km.

In the road race, Cull – who was the 2018 world champion – climbed to silver, completing the full set of medals for Australia.

Nelson finished fourth in his category after catching all but three breakaway riders on the final climb, narrowly missing the podium.

Cull said neither Australian had prepared for such abysmal weather.

“Neither of us had proper gloves or overshoes,” Cull said. “We just did not ever expect these conditions.

“I am a fair-weather rider, rarely getting caught in rain of any temperature. In Sydney winter, I wait till the warmth of the mid-afternoon to venture out. So, starting at 500m altitude in rain and six degrees was just horrible.” 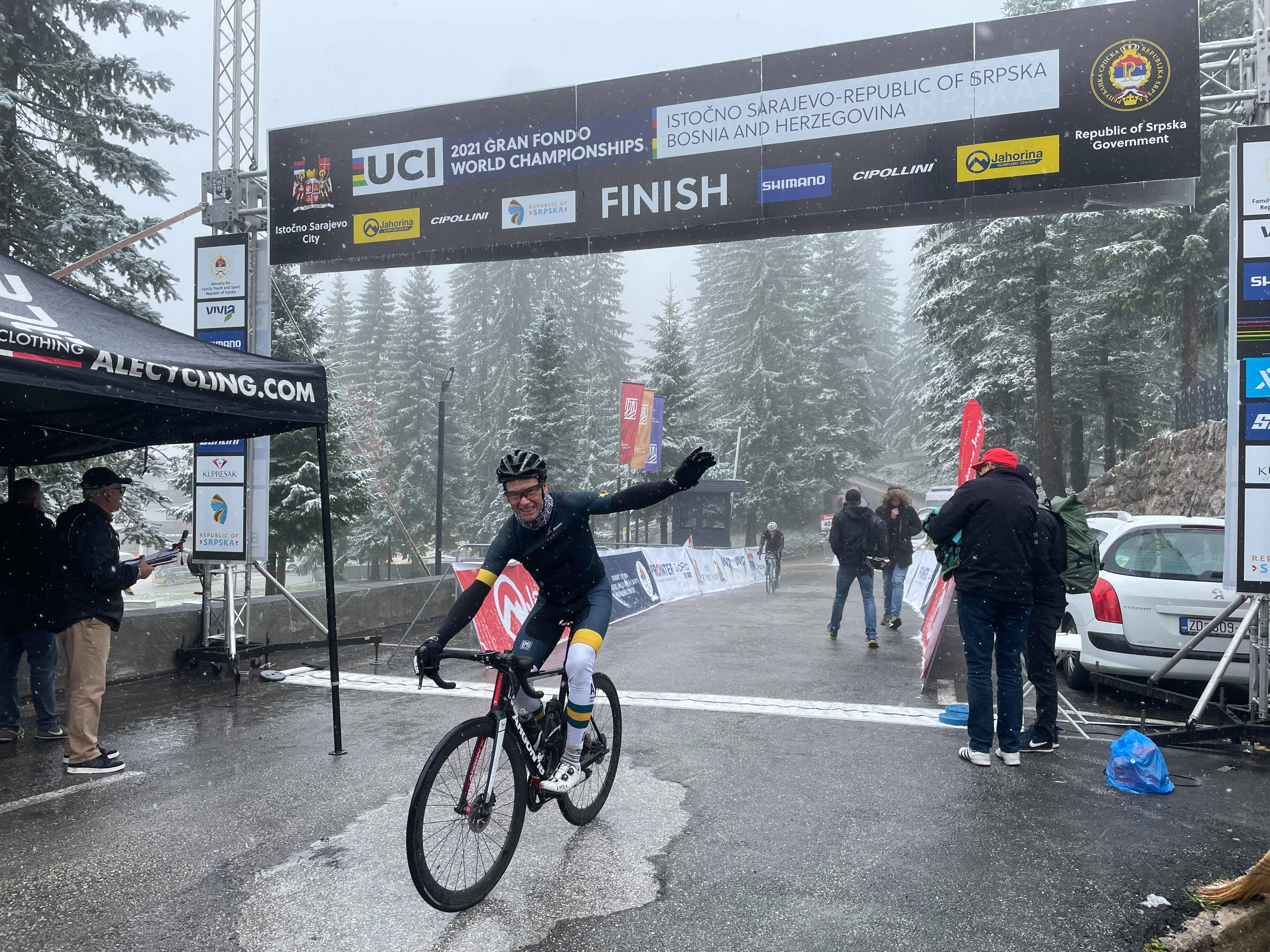 “Finishing in a ski village at 1,550m, riding soaking wet in falling snow for the last 6km, was my worst nightmare. I couldn’t feel hands or feet as I crossed the line,” Cull said.

“I don’t think even the hardy Northern Europeans enjoyed the day.”