The 29-year-old is joined by Jake Wallwork, Josh Matthews, and Jaie Toohey in Sunday’s 12-man showdown.

Martin produced another outstanding performance on his first semi-final run, registering a 93.60 that has set him up for a tilt at the top spot.

“It’s a long three days. I don’t want to burn out too early and I’ve got a lot more to give tomorrow,” Martin said. 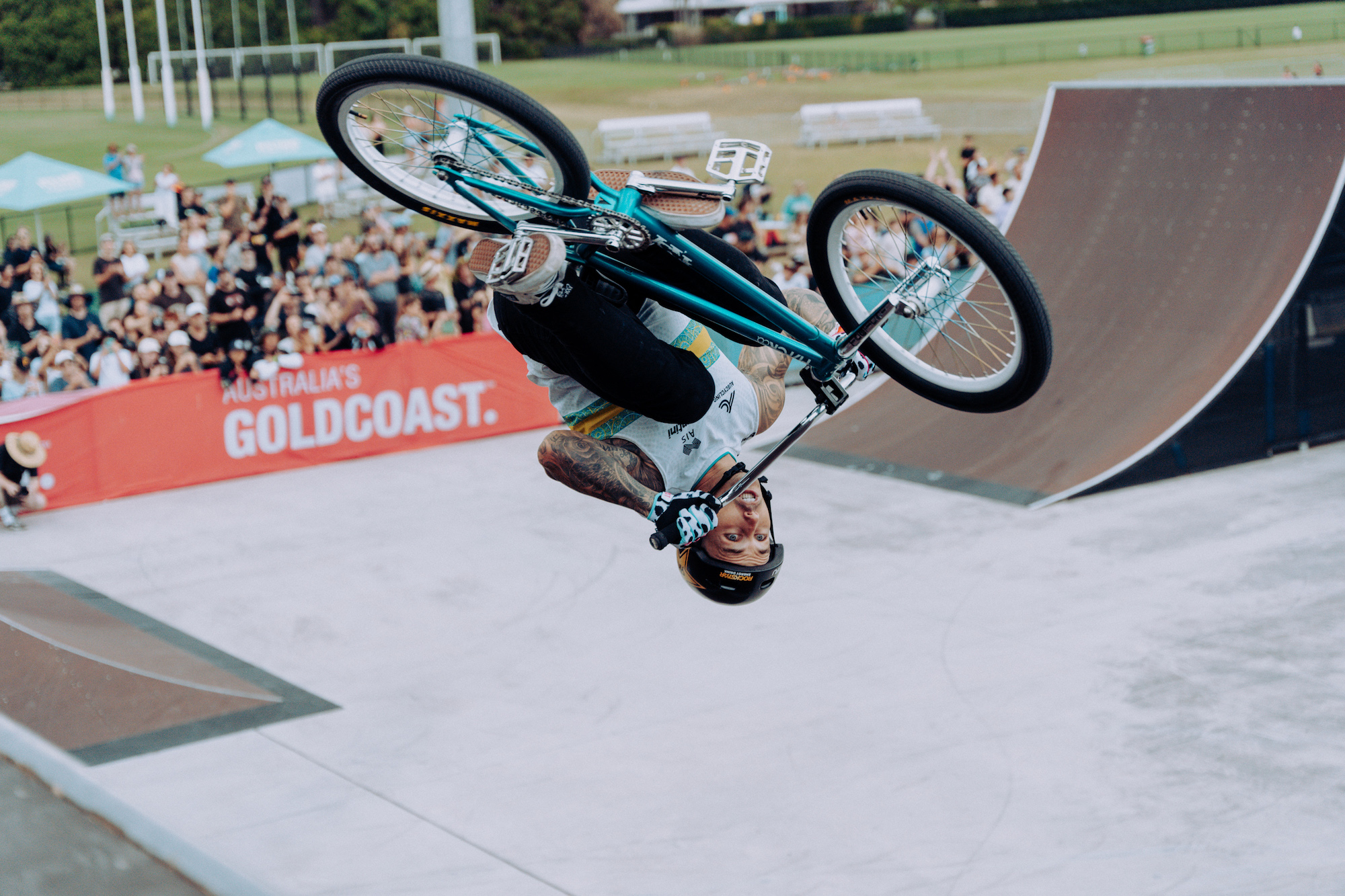 For Victorian Jake Wallwork, it’s been over two years since he last made the final 12 of a World Cup.

His alley-oop front flare on his opening run lit the crowd up and caught the judge’s eye on the way to recording the seventh highest score in the semis.

“It was something I was working on, but I’ve got more to try Sunday,” said Wallwork.

Josh Matthews admitted he needed improvement after his quarterfinals run, but lifted when it counted.

The 26-year-old laid down a solid opening score of 85.00, before throwing away his second run, confident he has another day ahead of him, saying, “Everything was smooth and I had high chance of making it in, so didn’t want to risk it for tomorrow.”

Meanwhile, after crashing on his opening run, Jaie Toohey confessed to feeling the nerves on his second run in front of the hometown crowd, but he didn’t disappoint; 81.45 securing him the last position in the field.

“Blown away. When you put a run down like that and make it into the finals on a world class stage it’s an unreal feeling,” the 31-year-old said.

While no Australian women made it through to the finals, the event has provided welcome experience for Sarah Nicki, Anais Prince, and 14-year-old Mylee Toohey, competing at a UCI World Cup in their home country.

Tomorrow’s finals will be shown live on Foxtel, Ch 506 and Kayo from 4pm (AEDT).