AusCycling | Five to be on your #TrackNats22 radar: Women's endurance
TRACK

Five to be on your #TrackNats22 radar: Women's endurance

Australia's best track cyclists across all age categories will race for the coveted green and gold national champion jerseys across March and April at the Anna Meares Velodrome in Brisbane.

Here are five names who will be in the hunt for medals in the women's endurance categories at #TrackNats22. 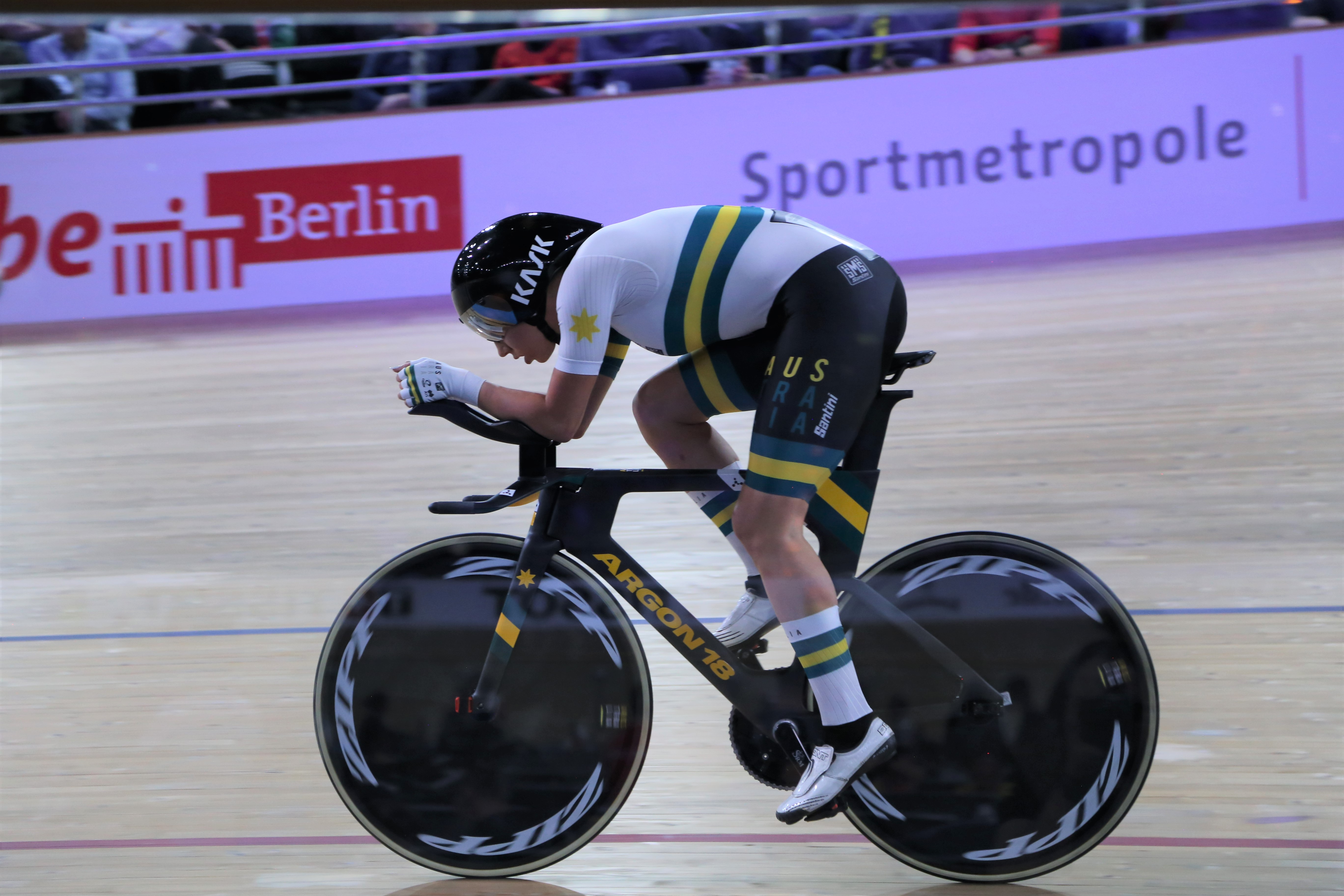 Maeve Plouffe has continued her rise through the endurance ranks with two record-setting achievements during the last 12 months. In February 2021, Plouffe set a new benchmark in the women's 3000m individual pursuit by breaking the national record with a blistering time of 3mins25.44secs to break Ash Ankudinoff's mark (3:25.921). While on her Olympic debut at Tokyo 2020, the 22-year-old formed part of Australia's women's team pursuit squad, which finished fifth at Izu Velodrome. In February 2022, she again broke the individual pursuit national record in Adelaide with a time of 3:19.994, smashing her previous mark by six seconds. That performance catapulted Plouffe into an exclusive three-member sub-3:20 club, joining United States’ Chloe Dygert and Germany’s Lisa Brennauer as the only women in history to hit that mark. 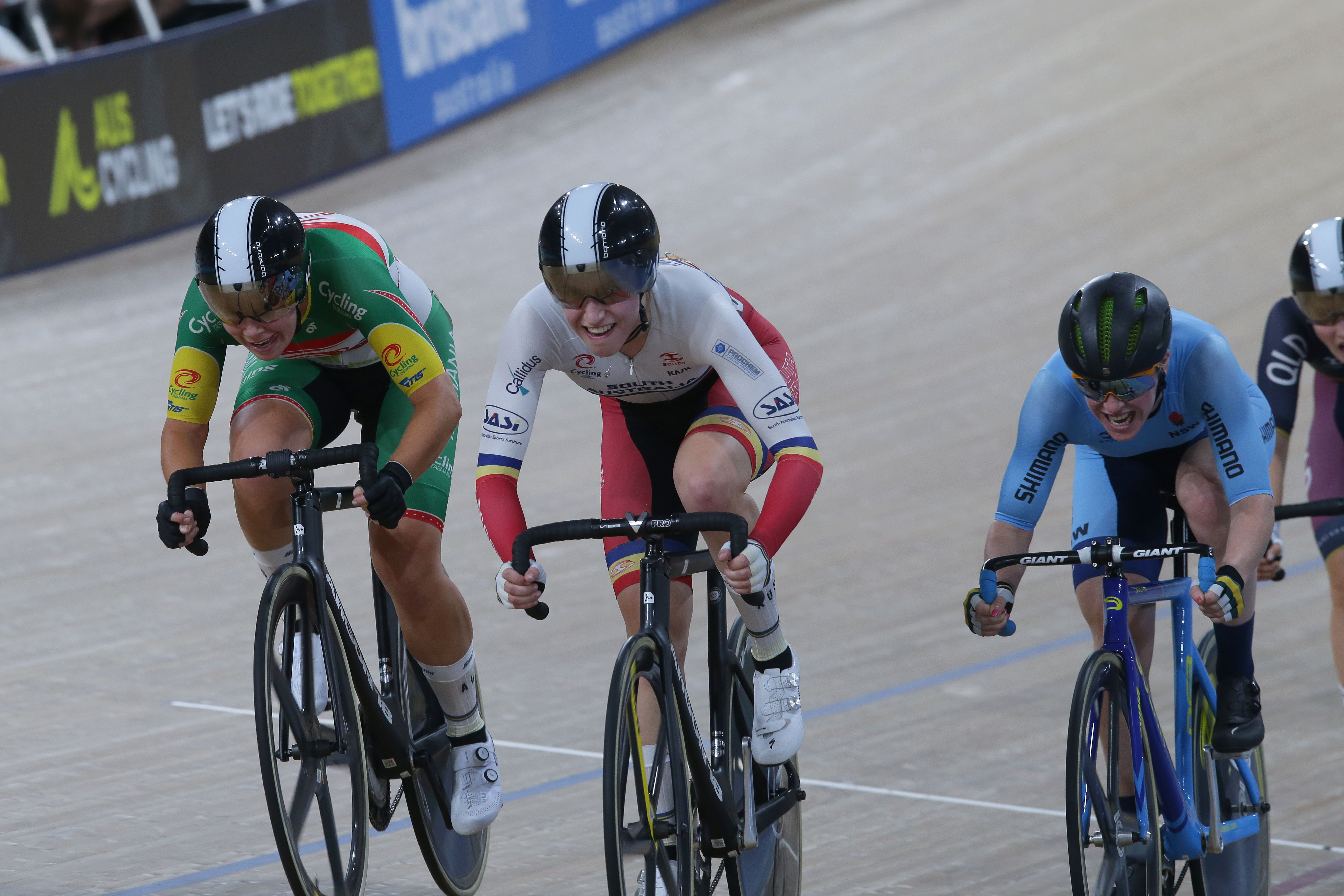 Sophie Edwards was elevated to the top level of the Australian Cycling Team women’s endurance program for 2022 after three years as part of the Podium Potential Academy. The 22-year-old claimed her maiden elite track national championships in 2021, the first being with South Australia in the team pursuit and the second an impressive omnium win. The Adelaidean has long been tipped as a star of a future since breaking Amy Cure’s eight-year-old national under-19 record in the individual pursuit at the 2018 UCI Junior Track World Championships, where she won a bronze medal. Edwards is as accomplished off the bike as she is on it, graduating with a bachelor’s degree in medical science in 2021 as the top student in her major cohort. 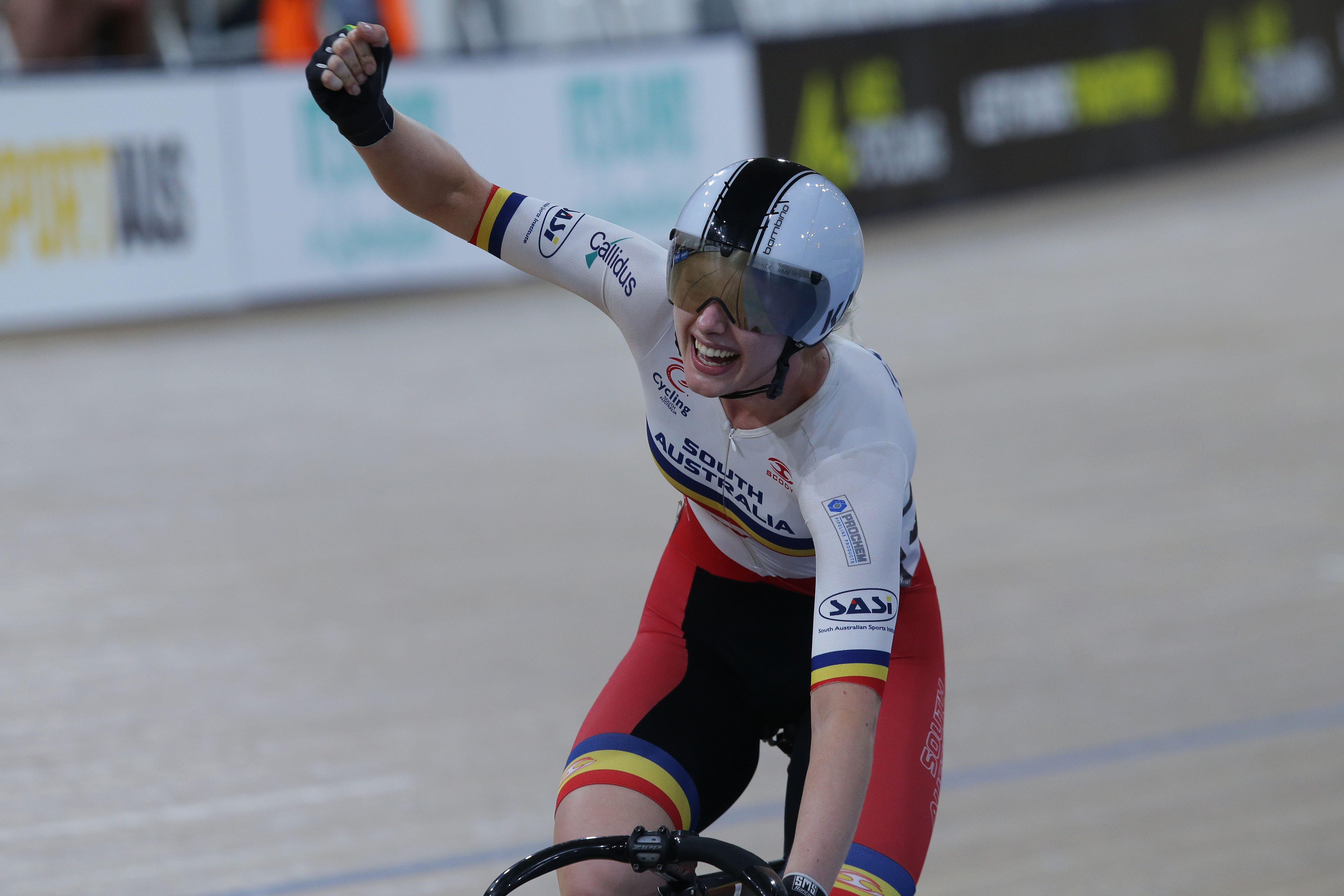 Chloe Moran was recently promoted to the Podium Ready level of the Australian Cycling Team after an impressive 2021 on the track. Moran won two national titles in Brisbane at #TrackNats21 in South Australian colours in the team pursuit and points race. Moran has enjoyed a rapid progression to the top level of the Australian Cycling Team track program after her inclusion in the 2020/21 Podium Potential Academy intake. 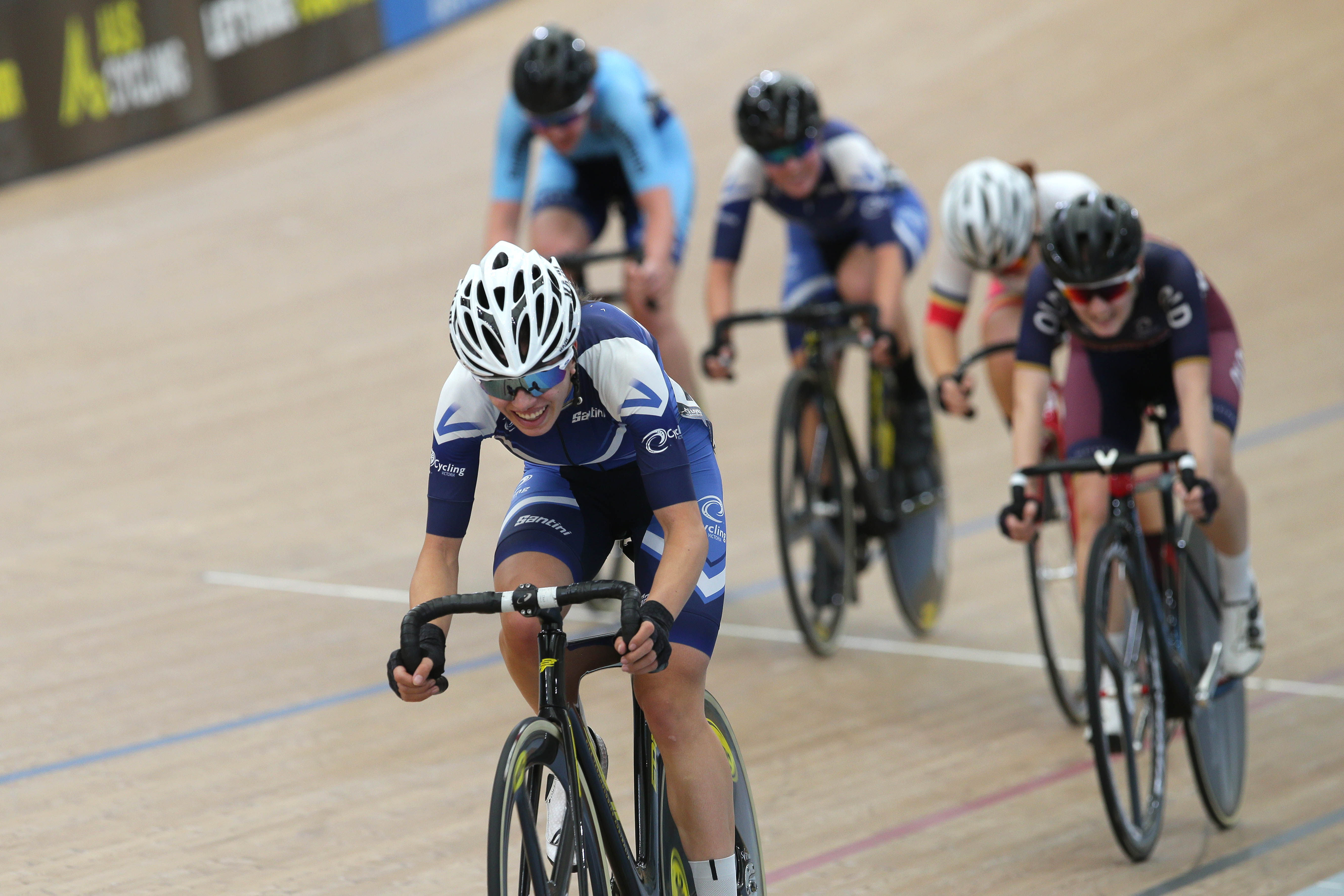 Alyssa Polites is a bona fide star of the future. The Victorian teenager steps up to the elite ranks at #TrackNats22 for the first time after dominating the under-19 women’s endurance events at #TrackNats21 en route to four national championships. The 19-year-old wasted no time getting acquainted with her elite peers at #RoadNats22, finishing third in the women’s road race and winning the under-23 national championship to boot. Polites is currently the only new women’s endurance member of the Podium Potential Academy for 2022. 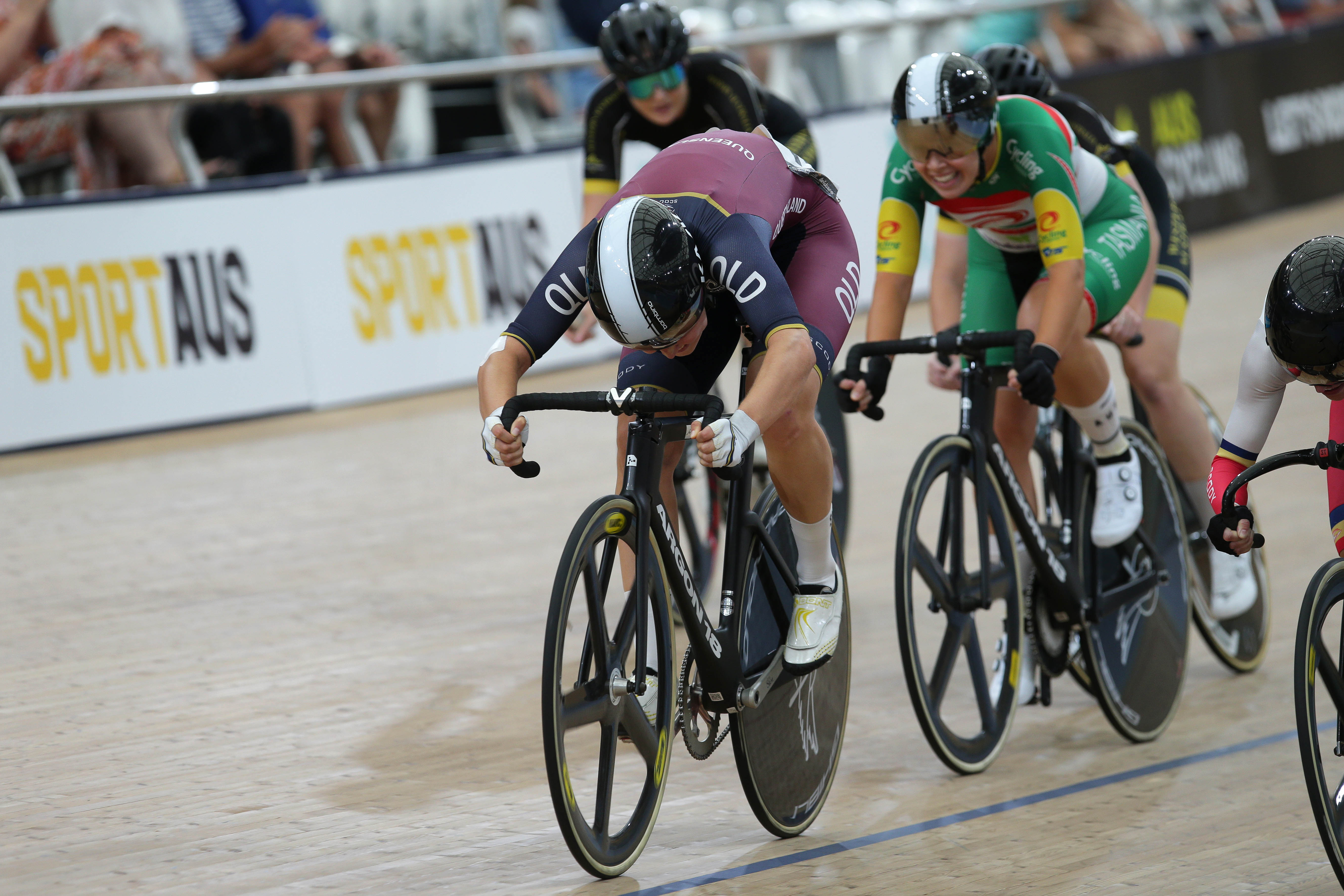 Alexandra Martin-Wallace is arguably one of Australia’s most tenacious bunch racers on the track. The results sheet backs up her speed and tenacity, with an omnium (2020) and scratch race (2021) national title to her name at the two previous editions of the Track National Championships. A Junior Track World Championship bronze medallist in 2018, Martin-Wallace joined the original Podium Potential Academy squad in the same year and made her elite UCI Track World Cup debut in Hong Kong a few months later. The Sunshine Coast talent also raced at two further World Cup events in Glasgow and Invercargill at the tail-end of the 2019 season.