Expert Aim At Champs For Tsarhatsidis

The skate parks and streetscapes of Melbourne have long been the kingdom of scooters, skaters, and BMXers. But there’s a new two-wheeled king in town and he’s here to stay - George Tsarhatsidis.

George has been riding bike trials for 5 years and confidently dances the line between street and competition trials.

Most at home at All Nations Park and in the streets of Melbourne CBD, he is an adaptive rider and can find a line in any skate park - that’s where you’re likely to find him with his multi-disciplinary crew, helping each other find new lines and tricks. 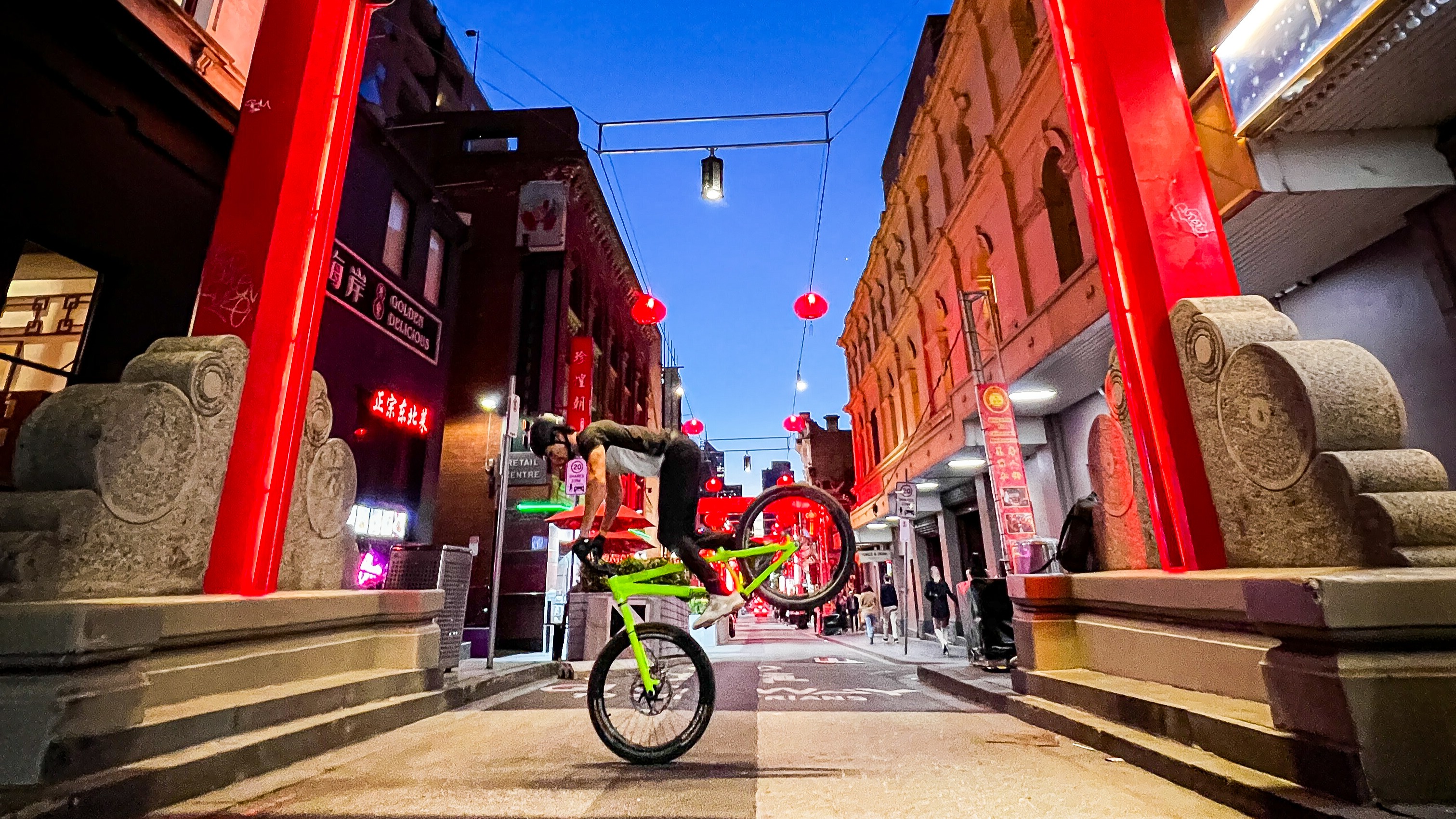 While the creativity afforded by street trials is his biggest driver, he is equally at home in competition trials.

With a second place overall in the Sport category at the end of the 2021 Victorian Bike Trials Series, he’s keen to up the ante at the 2022 AusCycling Trials National Championships, Fairbairn Trials Park in Canberra on Saturday 29th January.

“I’m very tempted on moving from sport class to expert.”

Like many trials riders of his era, George cites Fabio Wibmer, John Langlois and Danny Macaskill as his greatest inspiration for the sport - three riders who have undoubtedly kicked off the careers of many young riders around the world.

Dropping from crazy heights and making insane gaps on his Inspired 24” street bike, he seems to be well on his way to becoming an inspiration for other young riders in the future.

"At the moment I’m working on tailwhips and hoping to slowly get into some barspins to implement in my riding." 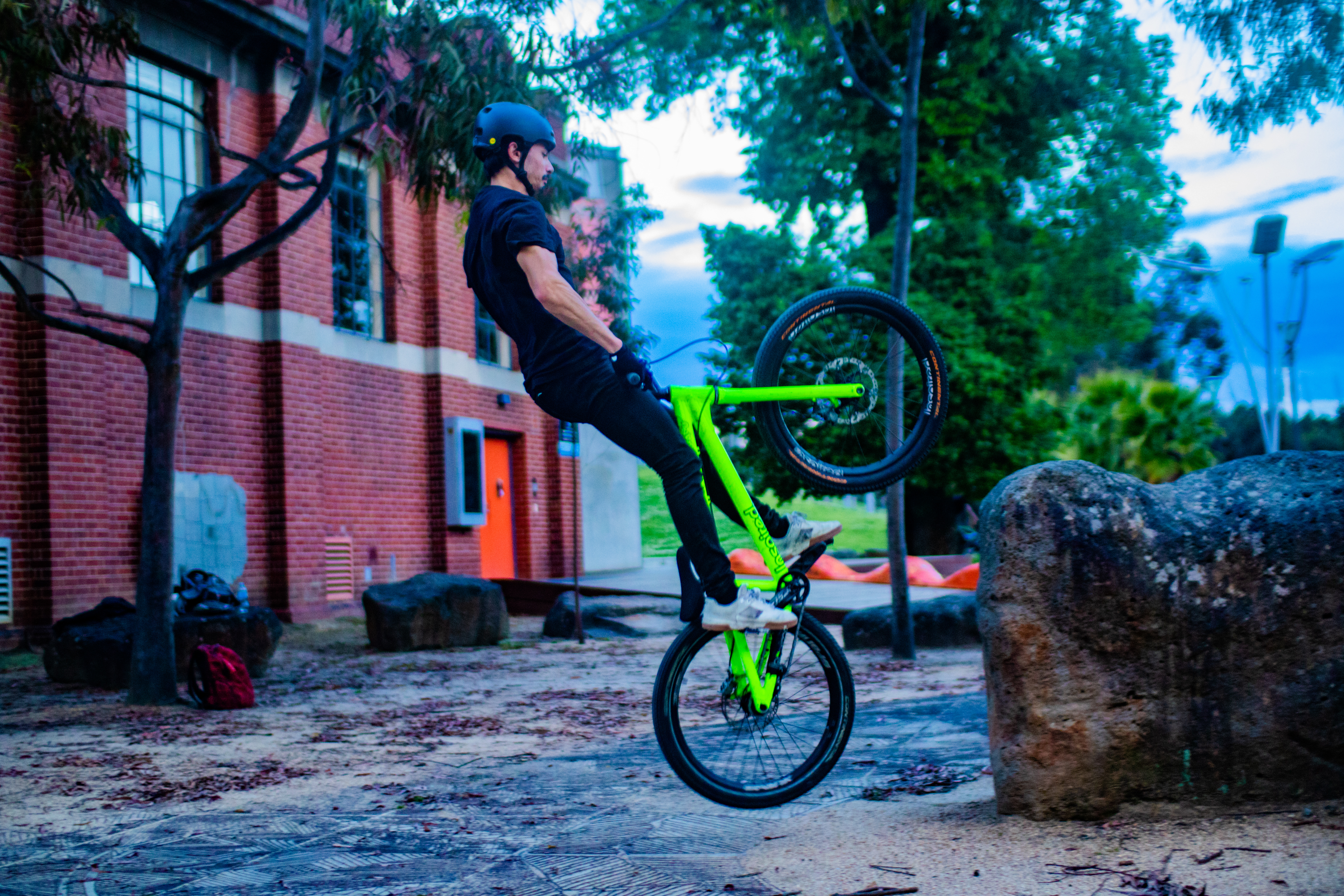 George is one of a number who ride a street bike during competition and explains the pros and cons.

Sometimes during a comp there is a decent takeoff for a high obstacle which means I can bunnyhop my bike to the back wheel where as on a comp trials bike the frame is alot longer so it requires much more effort.

"The long frame on a comp bike does compensate for that by giving alot more leverage while hopping on the back wheel, which means its a bit more difficult to hop heights and lengths on my bike from static movements.

"So since I ride a street bike I tend to ride high pressures in my tires quite often which makes the bike more solid but less stable on bumpy rocks and slopes with a lower amount of grip.

To enter any of the categories for the 2022 AusCycling Trials National Championship head to the event page.