Dennis completed a flawless run while several of his rivals suffered crashes and near-misses on technical sections of the 37.4-kilometre course.

Dennis, who was the pre-race favourite alongside Welshman Geraint Thomas, avoided mishap as he powered his way over the undulating course that began and finished in Wolverhampton. 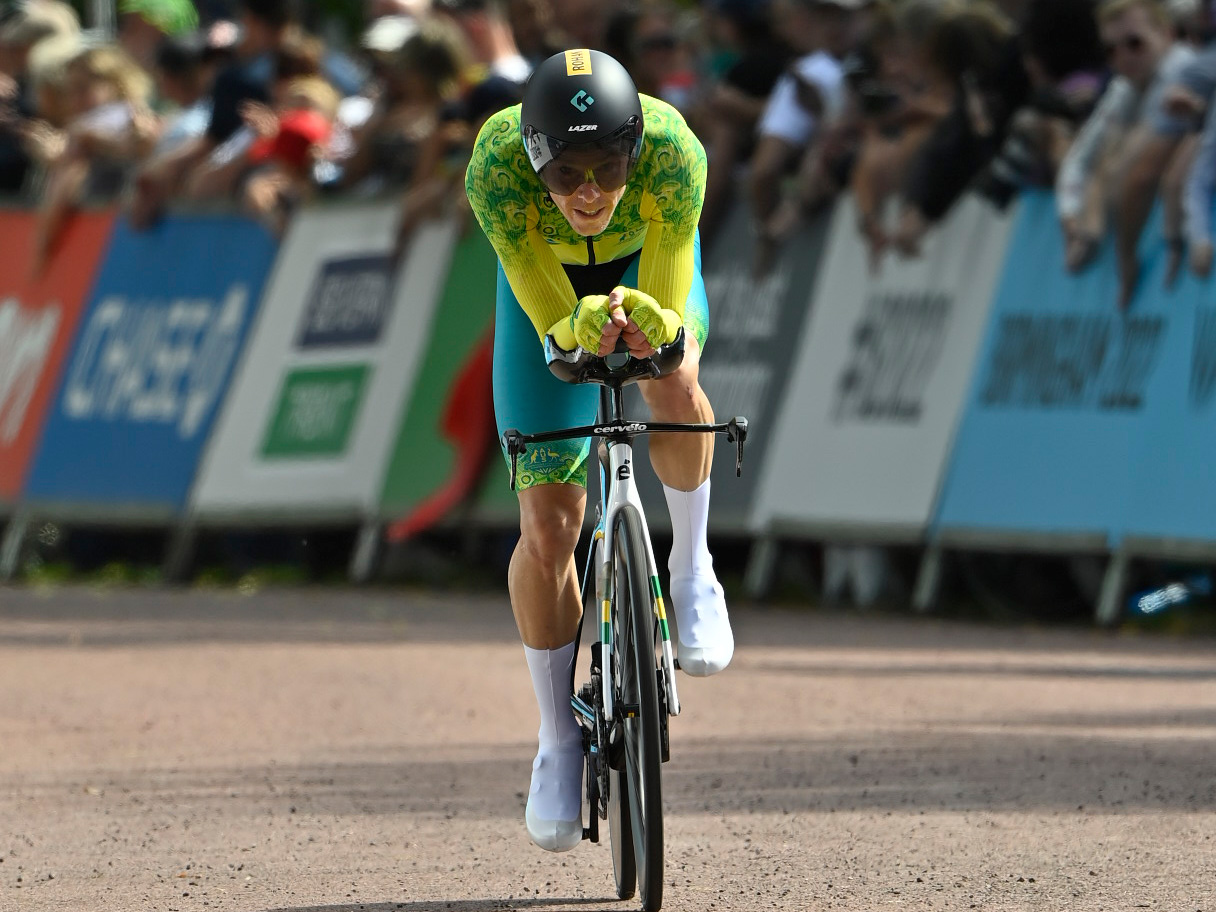 Starting second-from-last, the two-time world champion was already 30 seconds clear of the field at the first time check.

However, that included the time gained on Thomas when the Welshman clipped a barrier and fell awkwardly to the ground.

Separately, England’s Dan Bigham lost time when he crashed on a corner and his bicycle became stuck in another roadside barrier.

New Zealand’s Aaron Gate narrowly avoided calamity when he misjudged a downhill bend and brushed against an embankment, to the point of dislodging chunks of soil onto the road.

A cool, calm and collected Dennis came home in 46:21.24, averaging 48.41km/h over the tricky terrain. England’s Fred Wright took silver while Thomas had to settle with bronze. 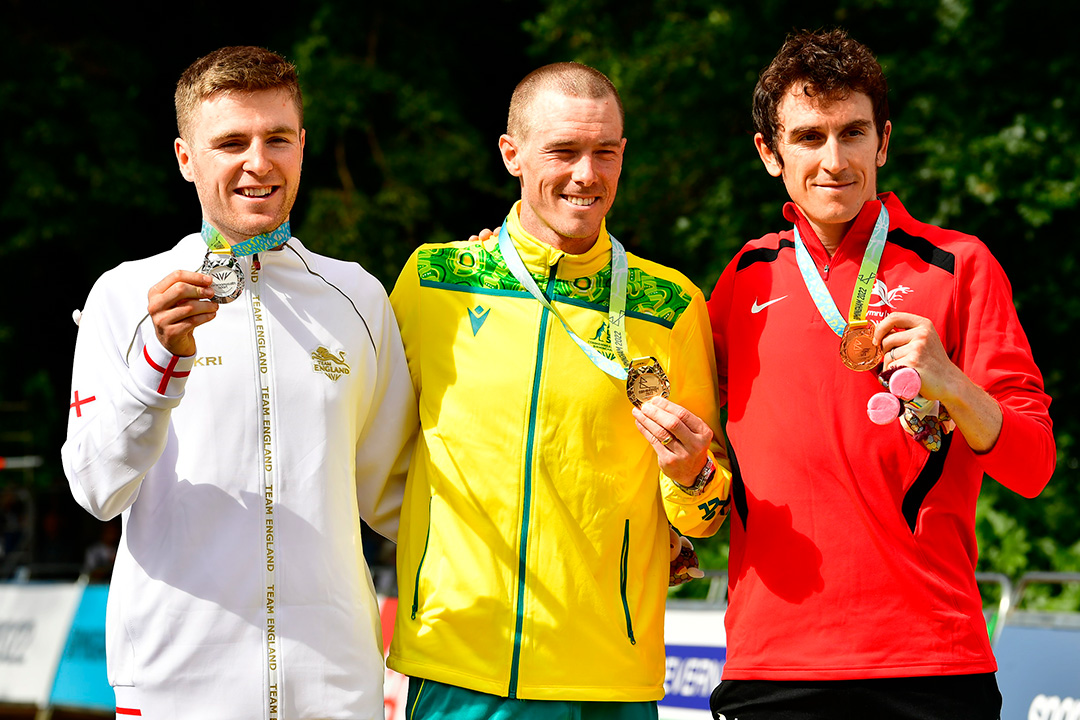 After finishing third at the Tokyo Olympics and second at Glasgow 2014, Dennis was pleased to finally reach the top step at a multi-sport event.

“It’s an honour. It’s great to finally get on the top step at a Commonwealth Games, or anything ending in ‘Games’,” Dennis said.

“Finally, I can repay a lot of friends and family that have always backed me and helped me out to get to this point.”

The 32-year-old acknowledged that this may have been his last realistic shot at the Commonwealth title.

“There are a lot of young guys coming through. Fred Wright is one that’s made huge leaps and bounds in the last couple of years. And Ethan Hayter, who didn’t make it to these Games,” he said.

“I don’t want to call myself old, but I am getting old for a cyclist.”

The three-time Australian champion acknowledged the earlier achievement of compatriot Grace Brown, who won gold in the women’s event on what became a day of double delight for Australian cycling.

“I was going to be very surprised if she lost,” Dennis said.

“She’s come leaps and bounds in the last couple of years. It’s obviously a great ride by her and I’m sure she’ll push the top step at World Championships and Olympics in the future.”

Earlier in the day, a mechanical issue took Australia’s other competitor Luke Plapp out of medal contention. The 21-year-old Victorian started rapidly, setting what was then the fastest split at the first time check.

However, a jammed chain on a fast downhill section forced Plapp to stop and change bikes, costing around 30 seconds.

Plapp completed the race on his spare bike, but without the motivation to continue at his initial pace. He finished over two minutes off the podium, still in a respectable fifth place.

“I started out brilliantly. I was really stoked with how I was feeling,” Plapp said.

“Unfortunately, the chain came off and that was it, I think. Once that came off – it’s a game of seconds this race, with such class acts coming behind – I knew it was pretty much over as soon as something went wrong.

“I would’ve had to have a perfect ride to pull it off and unfortunately, it wasn’t that.

Dennis and Plapp will line up in the Australian team to contest the road race on Sunday.