Logan Martin has pulled out all the tricks on the way to winning the UCI BMX Freestyle World Cup round on a dramatic final day in the Gold Coast on Sunday.

After crashing on his opening run in the 12-man final, the Tokyo Olympic gold medalist put down the run of a lifetime to score a 96.90 and snatch gold in the final event of the year.

“I was the last rider to go and was sitting up there, and there was a message R-Willy said, that pressure creates diamonds,” Martin said as he was overcome by teammates during celebrations. 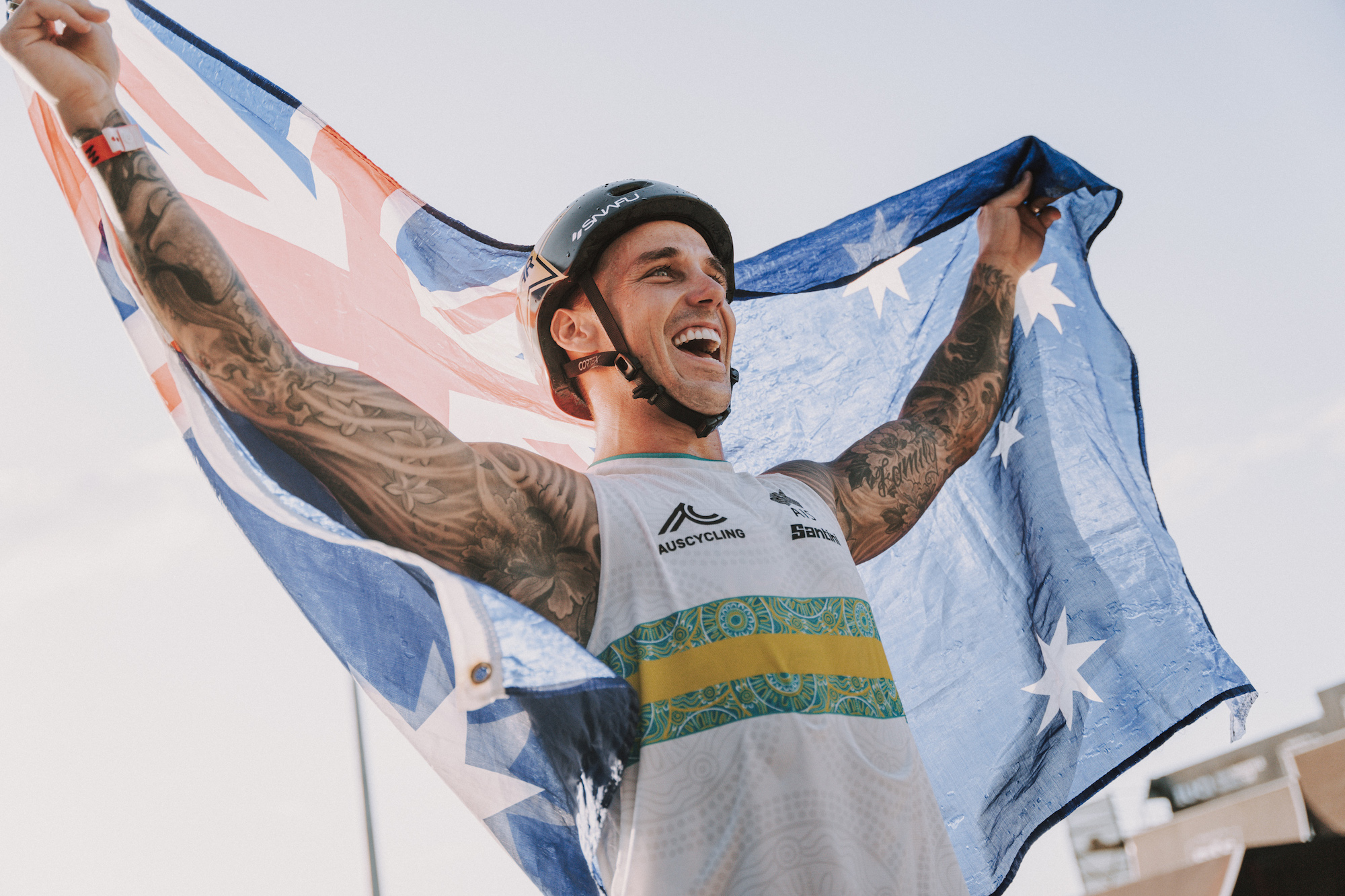 After pulling out of his first run, Jeanjean lit up the crowd with some electrifying tricks and posting a score of 95.30 to take the lead.

Nakamura didn’t disappoint on his second attempt, putting together a clean run and wowing the crowd with a variety of tricks, but the 20-year-old came up just short with a score of 94.40.

On the final run of the day and with the home crowd behind him, Martin then put together a near-flawless performance, the Gold Coast native posting a score that not only secured him gold medal for the event but also the overall World Cup title for 2022.

Martin was mobbed by fellow Australian riders and support staff following the win, and dedicated the result to his late father, who passed away earlier this year.

Josh Matthews was the next best Australian with a seventh-place finish, followed by Jaie Toohey in ninth, and Jake Wallwork in 12th.

Final results can be found here.

A full replay of the final is available on Kayo Sports.