With an assured, clinical performance, pre-race favourite Grace Brown has secured gold for Australia in the women’s individual time trial at Birmingham 2022.

A stutter on the start ramp was the only hint of a blemish as the Melbourne rider led at every intermediate checkpoint.

She sealed the Commonwealth Games title in a time of 40:05.20, averaging 41.1km/h over the 28.8-kilometre course, which started and finished in West Park, Wolverhampton. 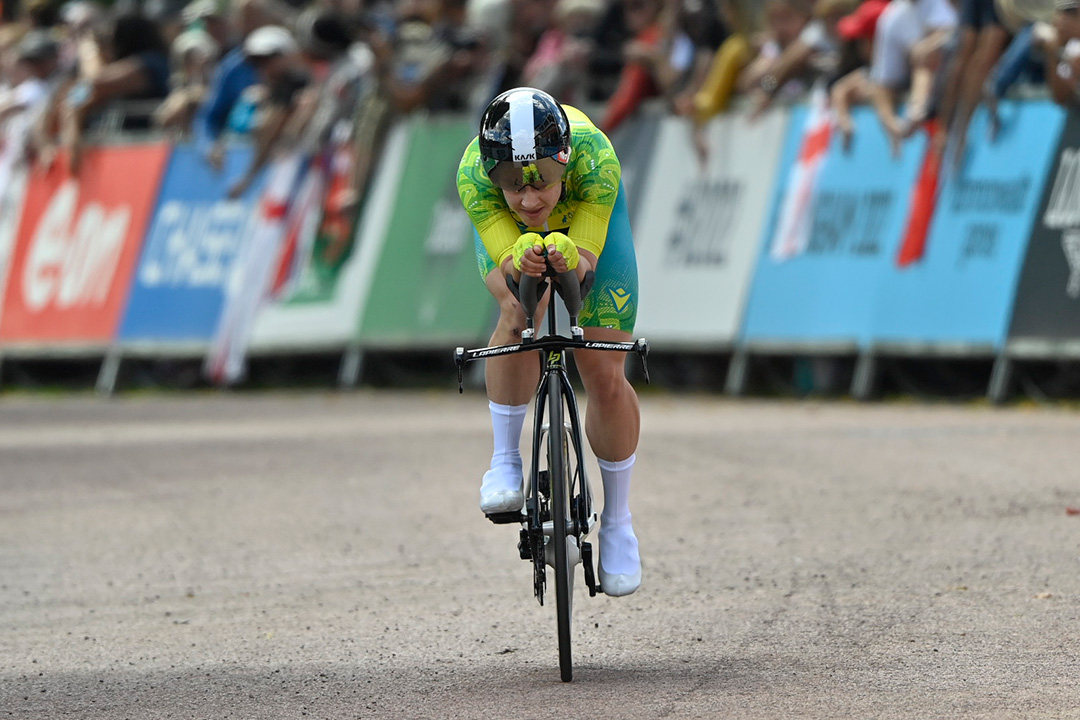 The 30-year-old from St Kilda Cycling Club seemed to be on another level, motoring past her one-, two- and even three-minute markers with unwavering focus.

In the end, Brown finished a comfortable 33 seconds ahead of England’s Anna Henderson and over a minute in front of the bronze medallist, New Zealand’s Georgia Williams.

Before these Games, Brown had made no secret of her desire to become Commonwealth champion. Today, she fulfilled that ambition with poise and confidence.

“To be a gold medallist at a Commonwealth Games is something that Australian sport really acknowledges,” Brown said.

“Despite the fact that the Commonwealth Games in cycling isn’t huge, I still think it’s a really special thing to have on your resume, and I’m proud of it.” 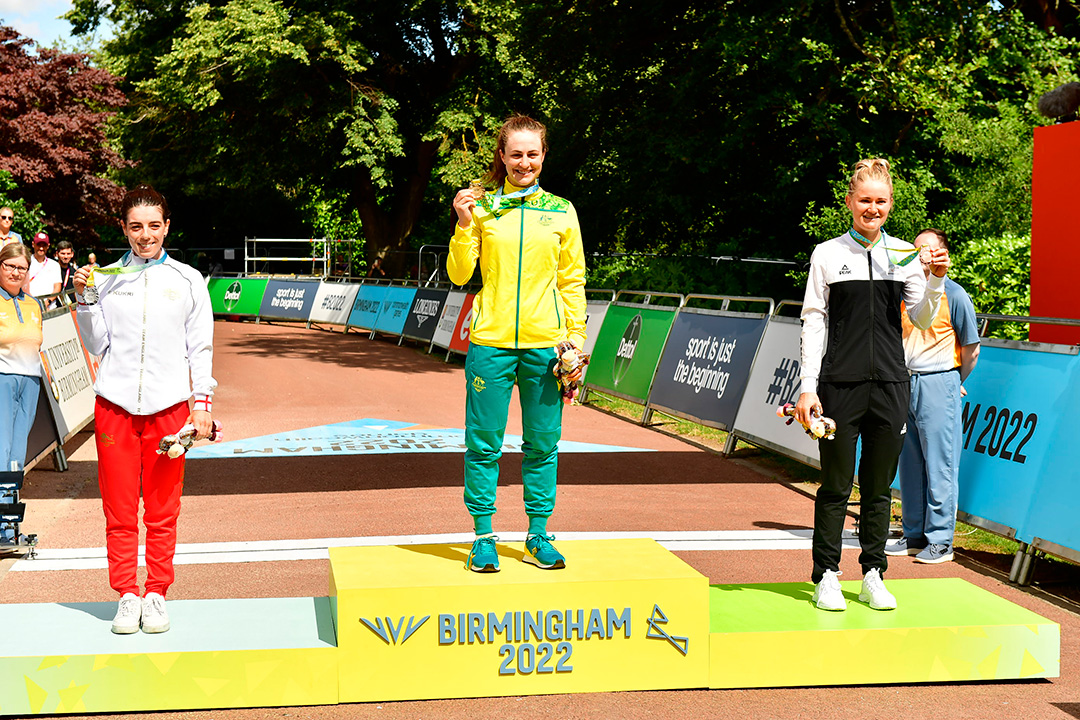 Starting as the last rider, Brown brushed off a momentary scare when she stalled at start line.

“I didn’t let it affect me too much. I got a bit slow off the ramp but I knew that I wanted to take the start of the race pretty conservatively, so it’s not really going to affect my overall result,” Brown said.

The two-time Australian champion had clearly recovered well from the inaugural Tour de France Femmes, where she finished 20th overall.

“I’ve time-trialled after the Giro before, so I knew that I usually come out of tough tours pretty well,” Brown said.

“In the last two days, just doing some easy rides, I was feeling quite good despite the Tour. So, I was confident that I’d be OK for today.

“Out there, I could feel fatigue in my legs, but I had the power that I needed to do, so I just kept doing that.”

Hers was Australia’s ninth cycling gold medal of these Birmingham 2022 Commonwealth Games, and was quickly followed by Rohan Dennis’ win in the men’s event hours later.

Brown will line up in the Australian team to contest the road race on Sunday.